Greek News Agenda's Interviews in 2017: An ongoing dialogue about Greece

In 2017, Greek News Agenda published more than 100 interviews, as part of our contribution to an ongoing dialogue about political, economic, social and cultural developments in Greece. As the economic crisis becomes part of the country’s collective history, our interviews aim at highlighting Greece’s potential and contradictions, comparative advantages and weaknesses.

The interviews are sorted by six categories: ‘Rethinking Greece’ features interviews with academics and public intellectuals on Greek historical and political debates; ‘Reading Greece’ features interviews with Greek writers, poets and other stakeholders of the Greek book market; while ‘Quo Vadis Europa?’ examines what lies ahead for the European Union [mainly] from a Greek point of view. Our other categories are ‘Government and Policy’, Filming Greece and Arts in Greece.

As 2017 wraps up, we have selected twelve interviews - two from each category - we believe are worth revisiting, or reading for the first time, in case you missed them!
-Rethinking Greece
Georges Prevelakis on Contemporary Hellenism as a “cultural sediment”
Professor of Geopolitics at the Panthéon-Sorbonne University in Paris, George Prevelakis talks about the Greek Diaspora,"Eurocentric" approaches to the territorial nation-state, and the need a to re-invent  the concept of Hellenism as a link between Europe and the emerging multi-polar world.
Johanna Hanink on Ancients, Moderns and the politics of cultural indebtedness
Johanna Hanink, Associate Professor of Classics at Brown University discusses classicists and their responsibility to dissuade people from “dwelling too much on Greek antiquity”, the imagined concept of the original Athenian democracy and the long history of recorded disappointment in “modern” Greeks. 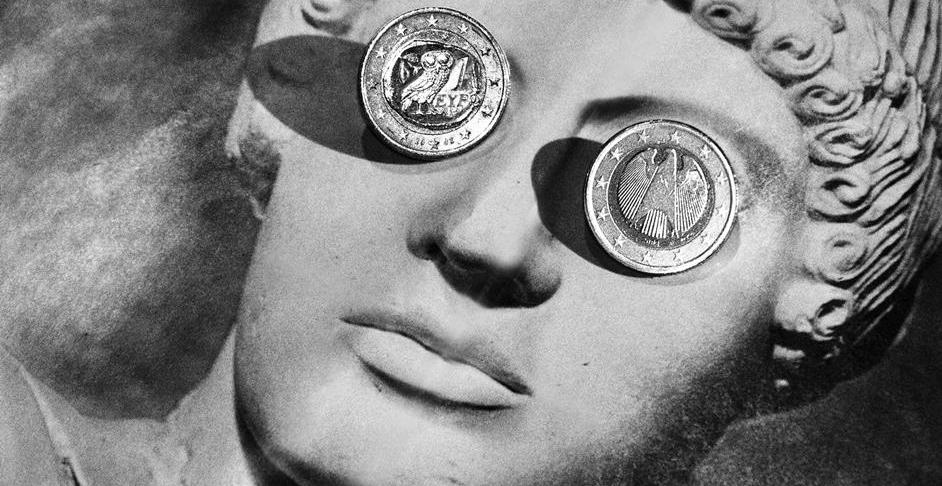 Nektarios Tavernarakis on Greece's Research Potential
Nektarios Tavernarakis, Chairman of the Foundation for Research and Technology-Hellas (FORTH) and Research Director and Professor of Molecular Systems Biology at the Medical School of the University of Crete, focuses on Greece’s great capacities in the field of research, the increase in public spending for research and how to turn Greece’s “brain drain” into “brain gain”.
Lois Labrianidis on the “Knowledge and Partnership Bridges” initiative
Secretary General for Strategic and Private Investments at the Ministry of Economy and Professor in the Department of Economics at the University of Macedonia, Lois Labrianidis, talks about Greece's comparative advantages, the “National Development Strategy 2021” and the initiative “Build knowledge and partnership bridges with Greece” that aims to network Greek professionals and entrepreneurs around the world.
-Quo Vadis Europa?
Costas Douzinas: “If Europe does not change fast, then the ‘Finis Europae’ is closer than we think”
Costas Douzinas, Syriza MP and Professor of Law and Philosophy at Birbeck University of London comments on the German electoral result, predicting that it will push Germany towards further securitization of EU’ s immigration policy and elaborates on the Left’s duty to fix the democratic deficit in the EU by proposing institutional reforms.
Sotiris Walldén on the SYRIZA experiment and the crisis of the European project
Sotiris Walldén, Former official at the European Commission (1996-2014) and professor at Institute d'etudes Européennes of the Université libre of Bruxelles spoke on the Greek debt issue, austerity policies, the SYRIZA government agenda, EU enlargement fatigue, and the current crisis of the European project.
-Arts in Greece
Chainis Dimitris Apostolakis: "In Crete, the continuity of musical expression has not been interrupted"
Lyra player, singer, songwriter and founding member of Chainides, "Chainis" Dimitris Apostolakis talks about the evolution of Cretan music, the anthropological and geographical uniqueness of Crete, the forgotten role of the lyra player as a master of ceremonies and how Erotokritos was the last European epic saga to be sung by the people.
The Crisis through the Eyes of Greek Cartoonists and Illustrators
Katerina Fragou (founder of Iris Literary Agency), talked to Greek News Agenda about the concept of “Eλλάς” (Hellas or Greece) a project that presents the crisis affecting Greece in the past years through the eyes of six authors, cartoonists and illustrators: George Botsos, Petros Christoulias, Thanassis Dimou, Michael Kountouris, Antonis Nikolopoulos (Soloup) and Thanassis Petrou. The six participating artists also shared their views on how feasible it is for an illustrator-cartoonist to communicate the case of Greece abroad.

Greek Film Culture Revisited by Vrasidas Karalis
Vrasidas Karalis, Sir Nicholas Laurantos’ Chair in Modern Greek and Byzantine Studies at the University of Sydney argues that Greek Cinema is one of the oldest cinematic traditions in Europe; and talks about how the current Renaissance of Greek cinema is “breaking through barriers to construct a significant chapter in the history of European and global cinema”.
Marsa Makris: “In the end, it is the enigma that feeds the imagination”
Film director Marsa Makris describes the difficult journey of filming her movie "Ierosyloi"/ “Sacrilege” and the importance of ambivalence, both in life and art, as “in the end, it is the question, the enigma that feeds imagination”.
-Reading Greece
Karen Van Dyck on ‘Austerity Measures: The New Greek Poetry’
Karen Van Dyck, Kimon A. Doukas Professor of Modern Greek Literature in the Classics Department at Columbia University, talked about bilingual anthology ‘Austerity Measures’ and how "this new poetry's most salient feature is its multiethnic, multilingual cosmopolitanism"
Vassilis Lambropoulos on New Greek Poetry and Modern Greek Studies
Vassilis Lambropoulos, C. P. Cavafy Professor of Modern Greek and Director of the Modern Greek Program at the University of Michigan (1999-2017), spoke about modern Greek poetry and the need for modern Greek literary studies to become more extroverted and comparative so that new translations don’t fall to obscurity.