UN Special Envoy for Migration Thanks Greece for its Handling of the Crisis, Calls for more EU Solidarity

United Nations Special Representative of the Secretary-General (SRSG) for International Migration Peter Sutherland, was received by the President of the Hellenic Republic Prokopis Pavlopoulos and Prime Minister Alexis Tsipras, in order to discuss the latest developments with regard to the present state of refugees in Greece, as well as the course of implementation of the EU-Turkey Agreement and the European Migration and Asylum Policy. 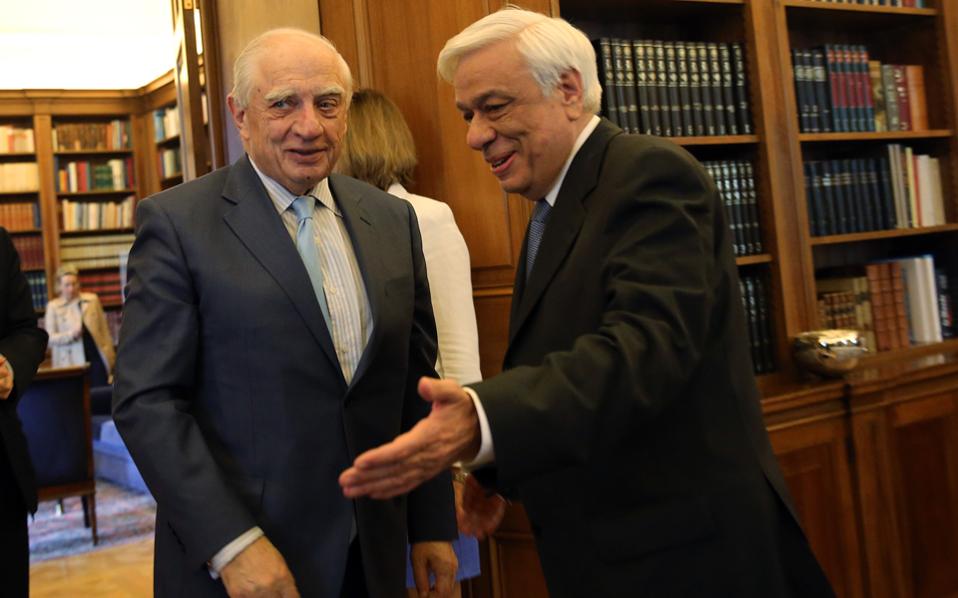 While meeting with President Pavlopoulos, on Wednesday May 11th, Sutherland discussed the European Commission’s latest decision envisaging sanctions on countries that refuse to show solidarity and accept their share in the handling of the refugee crisis.  President Pavlopoulos hailed the EU’s stance on the matter, noting that “it is very important that the European Commission and the EU's migration commissioner Dimitris Avramopoulos personally, have decided to uphold certain obligations, even through the imposition of sanctions”. He also added that “everyone in Europe has to realize that this is a place of rights as well as responsibilities,” and expressed his gratitude to the UN for assisting the implementation of the EU's policy on migration.  On his part, the Special Representative noted that  "what Greece and the Greeks have done during these difficult times is something of which you can be proud and Europe can be proud of the solidarity that Greeks have shown to the refugees. These are the European values, many of which were born in Greece," he said. He also insisted on the issue of “solidarity” that countries need to show to solve the problem of illegal migration, bringing the cases of Greece and Italy as an example to illustrate how solidarity is the root to opening the doors to legal migration. 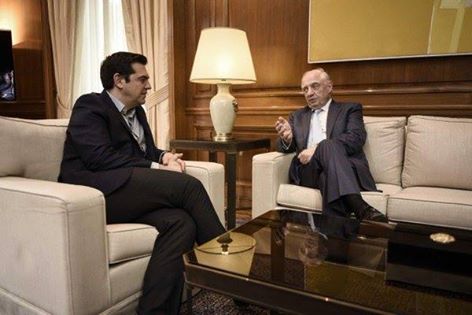 At his meeting with Prime Minister Alexis Tsipras the next day (12.5), Sutherland expressed his “gratitude to Greece for all the work it has done and is continuing to do until now to handle the refugee crisis”, emphasizing the efforts of Greek authorities and citizens for the humane and effective management of the crisis. He warned about the negative economic implications that a possible collapse of the Schengen Treaty might entail for the European Union, emphasizing the UN’s position that there should be greater commitment on a local and global level for responsibility sharing, stressing the importance of solidarity among EU member states and of the immediate and complete implementation of the relocation and resettlement mechanisms. Mr Tsipras, on his part, thanked the Special Representative for visiting Greece and stressed the importance for the EU-Turkey agreement to remain valid. At the same time, he urged the highly ranked official to strengthen the UN’s assistance and cooperation given that there are still nearly 56,000 migrants and refugees in Greece, in need of assistance and facilities. Both parties also agreed that the international community should show determination in seeking a political solution to the conflict in Syria.