Arts in Greece | Yannis Behrakis, “the man behind the image”

The Secretariat General for Media and Communication is hosting an event – tribute to Yannis Behrakis, photojournalist with Reuters for the last 20 years and Guardian photographer of the year 2015. On this occasion, Greek News Agenda (GNA)* interviewed Yannis Behrakis and presents “the man behind the image”. 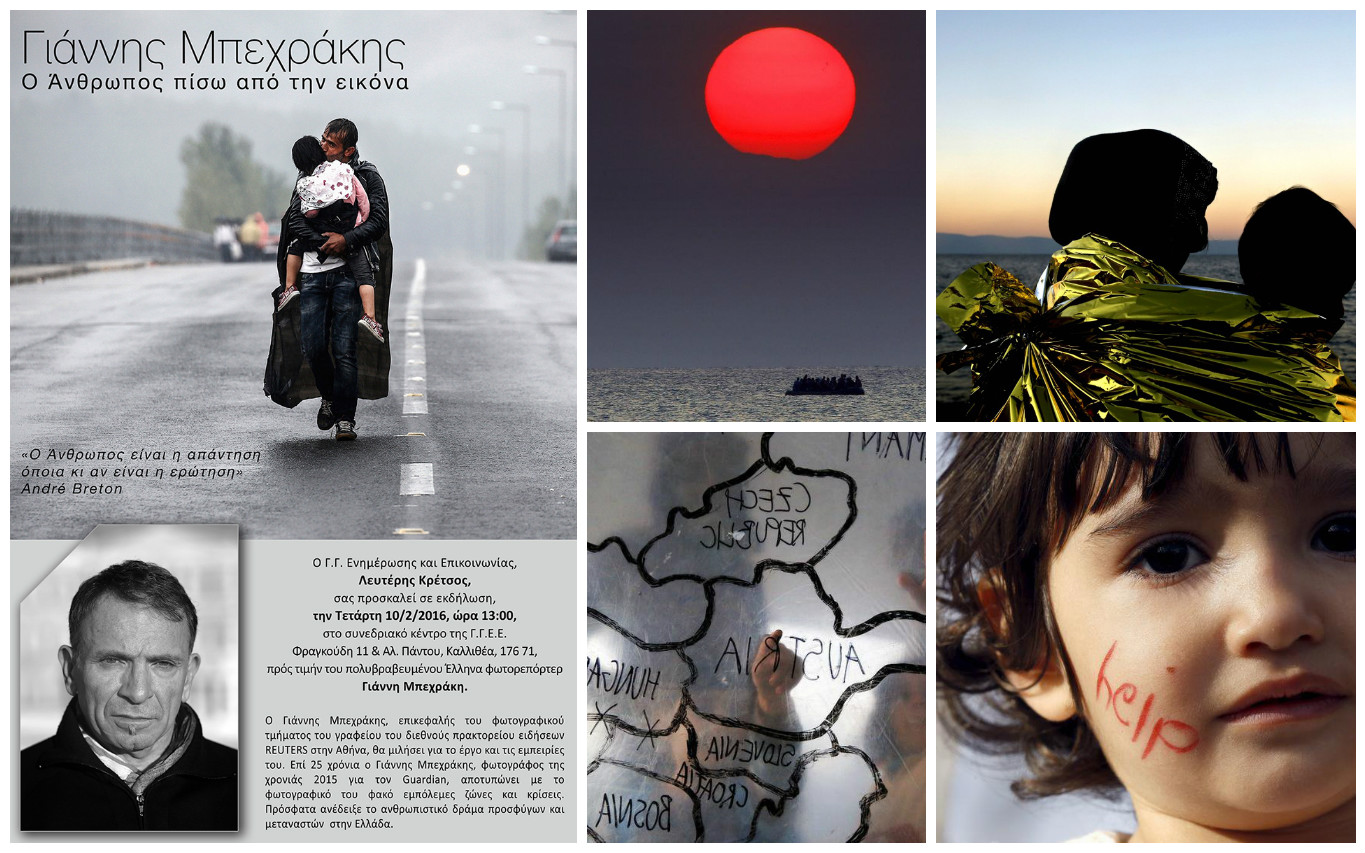 Q: You have been a photojournalist for more than 25 years. How did it all start?

A: It basically started from my dream to understand humanity and discover foreign places and cultures. I decided to learn photography at the age of 24 and use photography as a tool to fulfill my dream. I worked for a year or so, as a commercial photographer building a good career. Then one day I went to the movies to see “Under fire” with Gene Hackman and Nick Nolte, a movie based on the real story of a journalist and a photographer who covered the events in Nicaragua in the 80s. The photographer had pictures of soldiers executing his colleague. After risking his life numerous times, the photographer managed to get the footage to the United States and it was broadcast on national TV. This changed the foreign policy of the U.S. towards Nicaragua and within a month dictator Somoza was ousted and justice prevailed. When I walked out of the cinema that evening in 1984, I knew what I wanted to do in life. I truly believe that photojournalism and journalism in the right hands can make the world a better place.

Q: Is there a single picture or day from your work in the field that stands out to you? How has it changed your perspective?

A: Many moments and days and pictures. And I hope there are many to come.

Q: You have been in the front line of war zones around the world and witnessed crimes, genocides, death and despair. Have you ever considered not to capture a moment of atrocity? Why?

A: My mission is to witness and share all the moments of humanity and inhumanity. 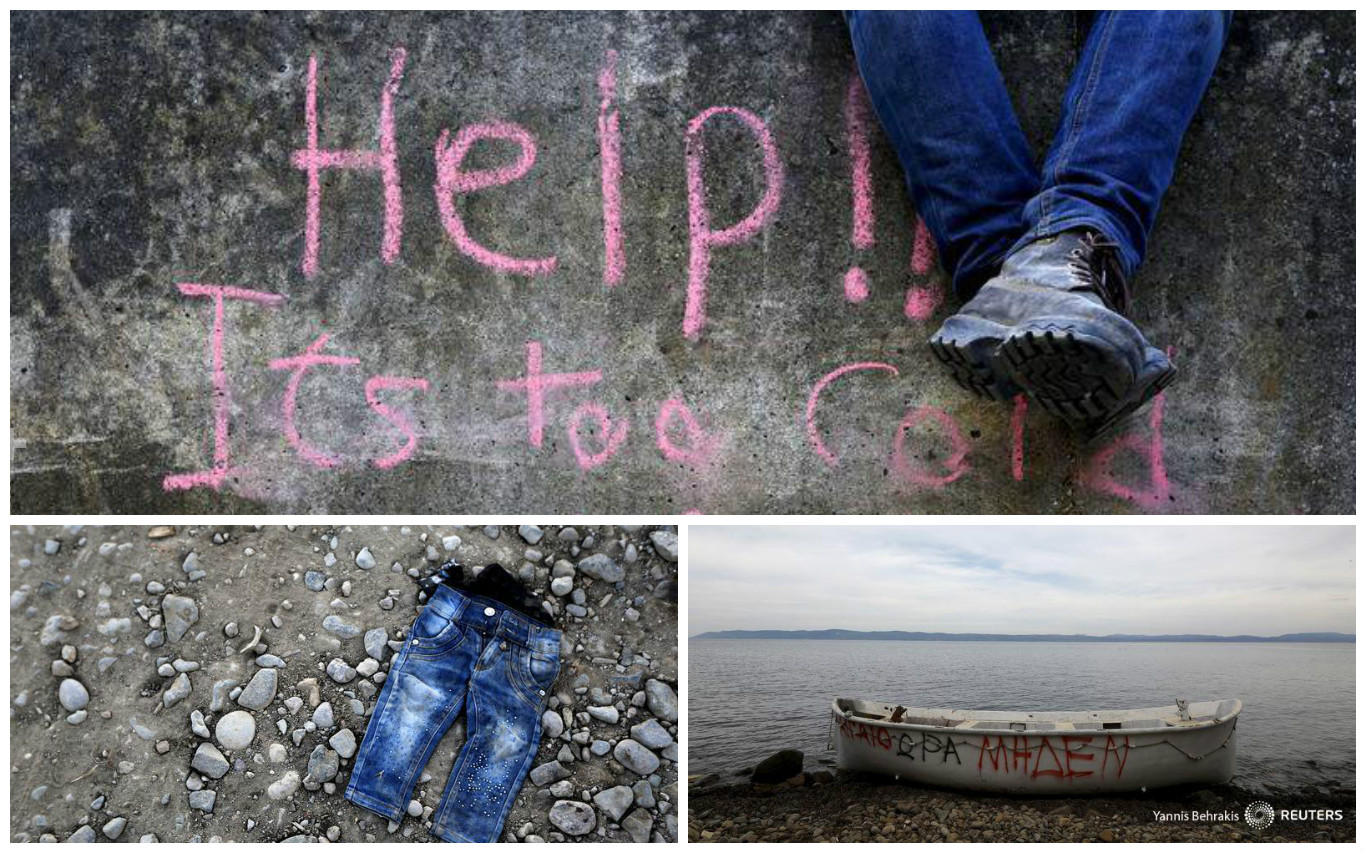 Q: You’ve witnessed the refugee drama in different places around the world. Now the story unfolds in your country and you were awarded Guardian’s Photographer of the Year Prize for your breathtaking pictures. How challenging was covering such a story? What’s your opinion on initiatives such as the nomination of the Greek islanders with the Nobel Peace Prize?

A: The emotional impact was devastating. I suffered from nightmares and insomnia. At times I felt guilty for not being able to do more to help these people. I have witnessed the exodus of refugees in several places around the world over the past 25 years and I know well how difficult it is for the majority of those who are forced to flee war, poverty and persecution. My experience covering the refugee crisis this year was, at the end of the day, very rewarding. I discovered yet another time that humanity is alive. Hundreds of Greek and foreign volunteers flocked to Greece to help. Millions of people worldwide helped one way or another. Many of those who had helped the refugees acknowledged that my pictures and the pictures of other colleagues pushed them to get involved. Europe is in the midst of its biggest migration crisis since World War II, according to the United Nations, and the number of people forcibly displaced worldwide is likely to have surpassed 60 million last year. I believe the mass movement of people is very important news for everybody around the world, from ordinary people in Asia to big corporations in Europe. A movement of this magnitude is evolving the human and cultural landscape of our world.

Q: How do you respond to criticism addressed sometimes to photojournalists that, instead of assisting people in need, they focus on their photographic mission? Does a code of ethics apply to photojournalism? Where do you yourself draw the line?

A: If I feel that I must get involved practically in helping people, I do it without any hesitation; I believe the same for the majority of my colleagues. If for example a raft comes ashore and volunteers and life guards are there to help them and the circumstances are normal and the people are not in any immediate danger I just take pictures. I know that these pictures have inspired many people to come help, this is my mission. My work is based in my personal values as human and in the highest journalistic values.

Q: Do you still find yourself walking in “unchartered waters”? Have you ever considered walking away from your mission?

A: I love “walking” on “unchartered waters”, unfortunately I would have to stop one day but I hope to inspire others to continue.