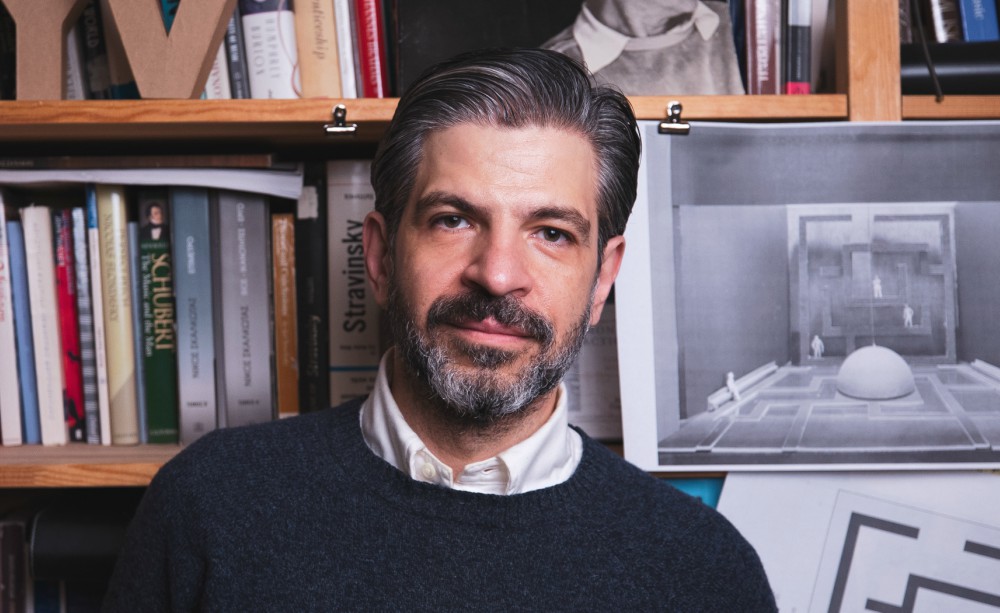 Yiorgos Vassilandonakis is an acclaimed composer and Associate Professor of Music Theory and Composition at the College of Charleston, and has served as a lecturer for the UC Berkeley Department of Music. His Greek-language opera The Papess Joanne, on a libretto by Vangelis Hatziyannidis, under the stage direction of Dimitris Karantzas, will premiere at the Greek National Opera (GNO) on 8 March 2020. The work was commissioned by the GNO on the occasion of its 80th anniversary.

The opera is based on Emmanouel Rhoides' controversial novel of the same name, inspired in its turn by the legend of Pope Joan, a supposed female pope who reigned for a few years during the Middle Ages. The Papess Joanne -a scathing social and ecclesiastical satire written in a conservative form of the Modern Greek language known as katharevousa- sparked a scandal when published in 1866, due to the recounting of the legend as well as its harsh critique of the clergy, and was anathematised by the church as "malevolent and profane". The book was adapted into English by Lawrence Durrell as The Curious History of Pope Joan (1954).

Dr. Vassilandonakis has taught Composition and Music Theory at the University of California, Berkeley and the University of Virginia, as well as electronic music at the Centre de Création Musicale, Iannis Xenakis, in Paris, before joining the faculty at the College of Charleston in 2010. He has conducted the GuitArte Ensemble, the Young People's Symphony Orchestra, the Prometheus Symphony Orchestra, the UCLA Philharmonia, and the UC Berkeley Symphony. He was the Music Director at the Oakland Cathedral of the Ascension, and is the Composer-In-Residence with the Worn Chamber Ensemble in San Francisco.

Transcending stylistic boundaries, Vassilandonakis’ music is driven by a strong dramatic and formal sense. With an idiomatic and personal voice in contemporary art music, he draws upon a palette of well-assimilated influences, ranging from the avant-garde, to spectralism and electronics, echoing the music of his homeland as well as jazz. Yiorgos Vassilandonakisspoke* to Greek News Agenda on the occasion of the upcoming production of his new opera. 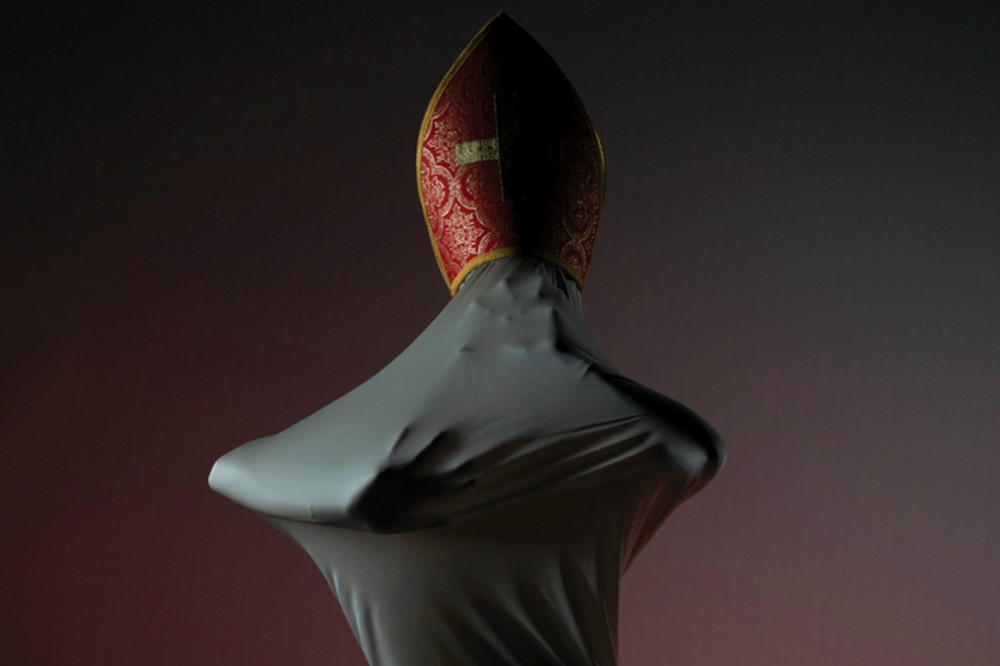 Was it you who proposed that the opera for GNO’s 80th anniversary be based on The Papess Joanne? What were the reasons for this choice?

The Papess has all the right ingredients for a lyrical work, the characters, the plot, the philosophical depth, the scope. How could it have not been done before? I wish it had been my idea. It was in fact GNO’s Artistic Director Giorgos Koumendakis’ idea, and a brilliant one as such, and very rightly, the opera is dedicated to him, not only for the idea, but more so for his support in seeing the project through.

To what extent does the libretto maintain Rhoides’ original language? How easy will it be for the modern audience to follow? Will there be English surtitles?

The librettist Vangelis Hatziyannidis and I had a lot of discussion about that. The novel is written in a wonderful, rich and very sophisticated version of katharevousa, which would be hard to follow, especially sung, yet without which, the work is not the same. Vangelis managed to keep the original tone but simplified the syntax and complexity in a way that we believe can be easily followed, yet stays close to the tone of the novel. There will of course be surtitles, in English and Greek, as in all GNO productions.

Rhoides’ novel evinces a strongly satirical tone, even as it describes several tragic events. Will this production bear the mark of the writer’s particular sense of dark humour?

Rhoides’ has a deep sense of caustic, intelligent humor, which I think was misunderstood in his time. His wit is unparalleled, and combined with the darkness of the subject matter creates the tone of the novel, which to me has a strong Gothic sense to it. Most of it is expressed in the form of narrator commentary in the novel however, which doesn’t translate very well to the stage. So we found other ways to keep it in the opera, as we felt it is needed to keep both dramatic balance and stay faithful to the literary tone. 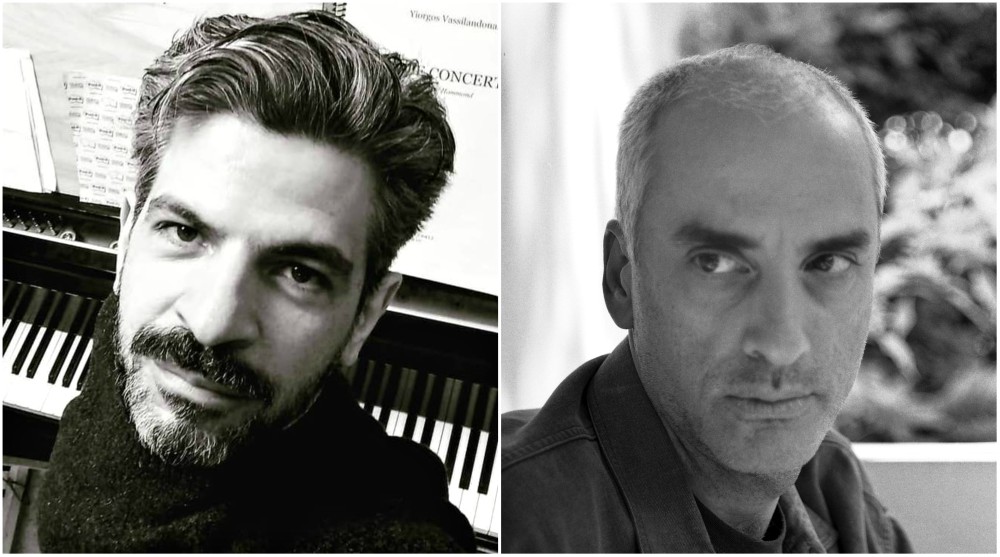 How was your collaboration with librettist Vangelis Hatziyannidis and stage director Dimitris Karantzas? How much was each one's creative process intertwined with that of the others?

Opera is the most collaborative form of creative work. Vangelis and I worked very closely for months to find the right tone and give the work the right staging character. He is brilliant, and kept finding the most inventive solutions to everything. There is so much of him in this opera. When Dimitris Karantzas got involved, which was also early on, he too brought a unique perspective which changed the way the music was written. He has this ability of stripping away anything that’s not absolutely intertwined to the story and characters, he doesn’t like effects or gimmicks, and goes very deep in the core of the work, and finds all the right things to amplify. His theater work is one of a kind, and his perspective in opera very fresh, yet, with all the respect and knowledge of how things work. His approach to movement, visual style and character development made me rethink my own compositional approach on several issues, and I’m grateful for that.

You have stated that you created two distinct musical universes for The Papess Joanne, one in accordance with the "historical and geographical context" and one echoing the "psychological, emotional, spiritual" themes of the work. Is the first "universe" influenced by ecclesiastical and/or medieval music? Will this be juxtaposed with contemporary sounds?

The work calls for medieval musical elements, as well as specific functional church music, both Orthodox and Catholic. All of those instances of "functional" music are original however. There are some references to melodic cells from existing church music, but re-composed. There is for example a full coronation scene, which has specific musical protocol, as there is funeral music and even an original hymn to the Theotokos. However, I was careful to create a seamless musical environment between the above mentioned material and the more contemporary, character and drama related material. At its core, the music is there to paint the character’s inner world.

What was the greatest challenge you faced while creating the music for The Papess Joanne?

Besides the scale and volume of the work, which was enormous, and enough of a challenge by itself for a composer, and besides the technical requirements of writing for large forces, and making sure the pacing and proportions are always right, I think the most challenging yet also most interesting and satisfying part was to find the right tone for this complex work. Staying close to the characters, finding the right musical tone for the humorous and dark, and of course staying idiomatic at all times. I am very fortunate to have worked very closely with the singers, especially Chrissa Maliamani, who portrays the lead character. 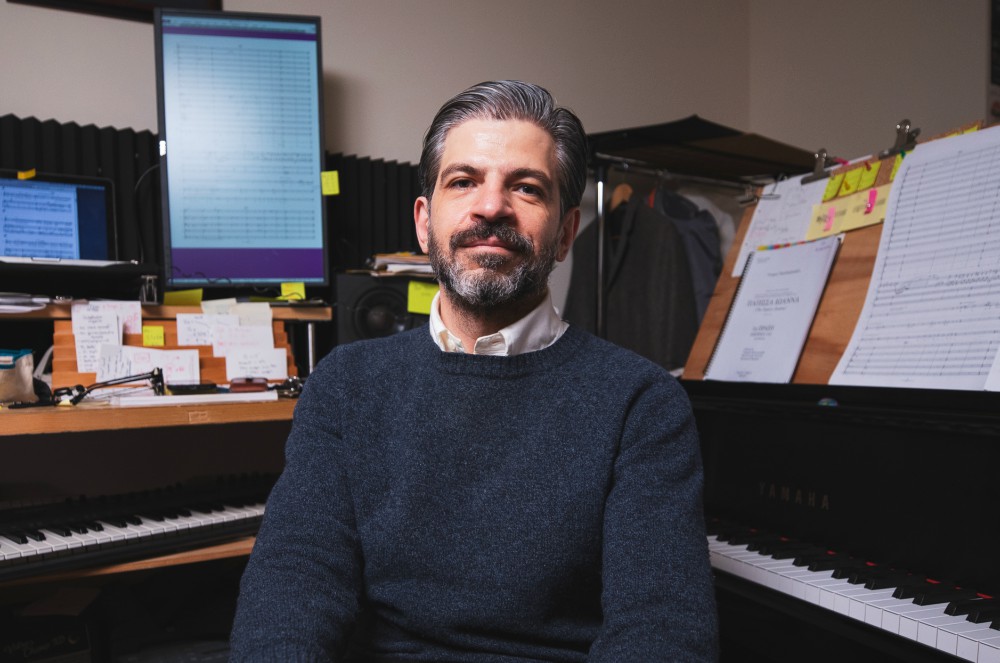 What has been your personal journey as a composer? Does it mirror your real-life journey from Greece to the USA?

I do also see it as a journey, and a journey is perpetually in progress. It does reflect all that I have lived and experienced. In that sense, every new work of mine starts from scratch, and challenges me in a new way. I carry with me all my experiences and though not consciously, they do find ways in entering the music. I try to stay wide-eyed and deeply engaged in everything I do. Opera gives a composer several challenges and I think this work has actually changed me as a person. Staying true to oneself yet changing in constructive and useful ways is the objective in our respective journeys, and that is enough of a task in itself.

What are your plans for the future? Do you intend to maintain your creative dialogue with Greece’s cultural scene?

I really enjoy living a sort of "double life", and being simultaneously engaged in artistic life in both countries. The possibilities and potential in Greece have grown exponentially in the last 10 years, and I find it very satisfying to have my works performed in Greece. I now have several collaborators that make this meaningful and important. I also of course enjoy the very high level of how things are done in the US. Having the ability to be engaged in both is something I’ve worked hard to achieve, and something I’m deeply grateful for.

Read also via Greek News Agenda: Vangelis Hatziyannidis: "Writing for an opera was like a puzzle I really enjoyed"; Composer Minas Borboudakis on his work in 21st-century classical music; Arts in Greece | Vassilis Karamitsanis "The Greek National Opera has decisively entered a digital path"; Nikolas Karagiaouris on the past, present and future of Greek opera