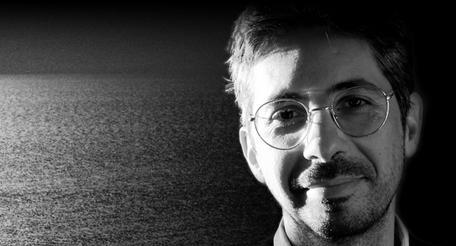 Greek film director and script writer Timon Koulmasis was born in Germany in 1961 and has studied History and Philosophy in Germany and France. He has filmed three fiction feature films: “The Waste Land” (1987), “Before the Night” (2004) and “What colour are the walls of your apartment?” (2005). He has also filmed nine documentaries: “Urlike Marie Meinhoff” (1994), “Anis Naccache – Revolutionary or Terrorist?” (2000), “Ways of Rebetico“ (2003), “Sinasos, A Survey of Memory” (1996), Martha (2006), “Michalis” (2007), “Nico Papatakis- A portrait”, (2008-2009), “Words Of Resistance” (2010), and “Portrait Of My Father In Times Of War” (2016). His films have been selected by international Film Festivals, including Cannes, Berlin, Venice, Montreal and Locarno and have won many distinctions. Koulmasis has also taught script writing and documentary filmmaking in France, and he is the Representative of Greece at the European Cinema Support Fund Eurimages.

His film “Words of Resistance” is about the Greek radio programme of Germany’s public international broadcasting service Deutsche Welle, a daily programme that nearly all Greeks were secretly listening to during the years of military dictatorship in Greece (1967-1974). Like many of his previous films taking place at the crossroads where personal experience meets collective memory, the film tells the story of the men and women who created this programme and, forced into exile by the junta, continued from abroad their fight against the regime for seven years. One of the broadcasters of the programme was Danai Koulmasi, the director’s mother.

Interviewed by Greek News Agenda* about “Words of Resistance”, Koulmasis explains that what prompted him to film “Words of Resistance” was the need to not only tell the unknown stories of the people behind the DW Greek programme but to also question the power of critical, politically engaged discourse and redefine its necessity today. Asked if the younger generations that are the target group of the film are sensitive to political issues, he argues they are, although they have neither references nor perspectives. Koulmasis also stresses that he is satisfied by the levels of Eurimages funding absorption by Greek films as well as current Greek film production, thanks to talented young directors in every field and a new generation of open minded, internationally oriented producers. 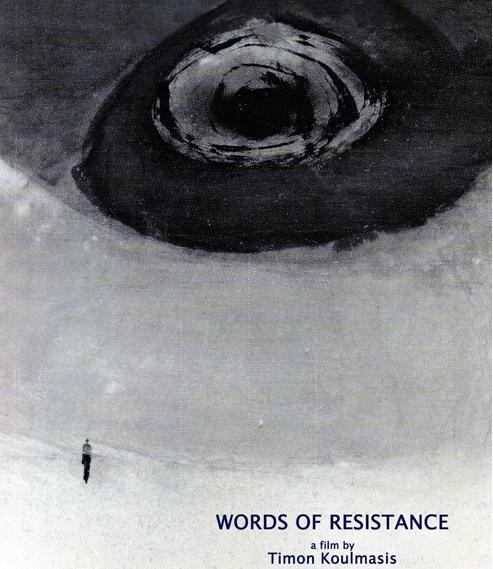 In your documentaries, you like to tell personal stories that evolve within a historical setting. What prompted you to film “Words of Resistance”?

There had never been a film about the men and women who created the legendary Greek programme of Deutsche Welle and, forced into exile by the fascist regime, continued to fight for seven years to maintain the dignity and the hope of a whole people. I knew them since my childhood and so I tried to uncover the important part they played during and after the dictatorship and indicate their place in collective memory today. As you noted, most of my films deal with the issue of individual and collective memory.

But it was different then.Times have changed. Critical discourse used to be perceived as a powerful and threatening tool. The Chinese emperor Ts'in Che Hoang, for example, had all the books in his kingdom burnt, with the sole exception of those dealing with medicine and cooking recipes. Closer to home, the colonels’ regime feared the Deutsche Welle Greek radio programme to such an extent that they interfered with jamming transmitters. These days, hardly a generation later, politicians in Greece and elsewhere in Europe consider journalists and intellectuals as totally harmless, and they are probably right. Words of Resistancereflects on the power of critical, politically engaged speech, and redefines its necessity today.

The film also reveals the dilemma facing discourse when it tries to translate into action ("praxis"), when it attempts to bridge the gap that almost inevitably exists between poetical ethics and political demands. This issue was explosive then, it is still important today, and it is aimed at young people.

“Words of Resistance” revolves around the fight for democracy. Fifty years following the collapse of the military regime in Greece, do you think that younger generations are sensitive to political issues?

They obviously are but they live in "unhistorical" times and lack references and perspectives. There is also a lot of disappointment and distrust, since promises by political ideologues aren't credible anymore. The crisis is less economic than ideational, and that is what makes it so dangerous.

Critical discourse thus would take place in specific historical circumstances like these ones, devoid of clichés and ideological prejudices. Only this way can it resist becoming commonplace. Sometimes it has to denounce, but its main role is to propose new ideas. Critical speech has not disappeared today but it is hardly audible. The economic censorship prevailing in mass media transforms every single thought into a publicity slogan. It has yet to be proven that the Internet might become an alternative.

This "silence" breeds inevitably the germs of violence. I sincerely fear that a relapse into barbarism cannot be excluded anymore. 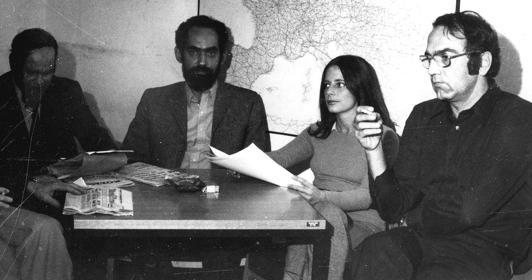 You are currently representing Greece at Eurimages. How does the financing of co-production operate and how can Greek films make use of it?

Eurimages is a fund that enables producers from member states of the Council of Europe, who coproduce with production companies from another member state under the revised European Convention of Co-production, to apply for gap financing. There are technical and financial eligibility criteria. But for years now, Greek producers handle these and apply successfully for funding. 2017 will be the best year ever for Greek Cinema since Eurimages came into existence: so far, this year, already eight Greek Films - 4 majority and 4 minority productions - have been funded by Eurimages.

What is your opinion of current documentary production in Greece?

A lot of progress has been made in recent years, and there is an increasing awareness of the social and political issues that need to be addressed artistically in times of crisis. But I would not make a difference between documentary, short film and feature fiction: there are a lot of talented young directors in every field, and a new generation of open minded, internationally oriented producers is doing a tremendous job in developing high level projects - artistically and financially. In spite of the enormous difficulties due mainly to the (compared to most other European countries) ridiculously low amounts of funding granted by the Greek Film Centre and TV channels, I am very optimistic about the future course of New Greek Cinema.