Filming Greece | “Do It Yourself”: MacGyver in the fake news era 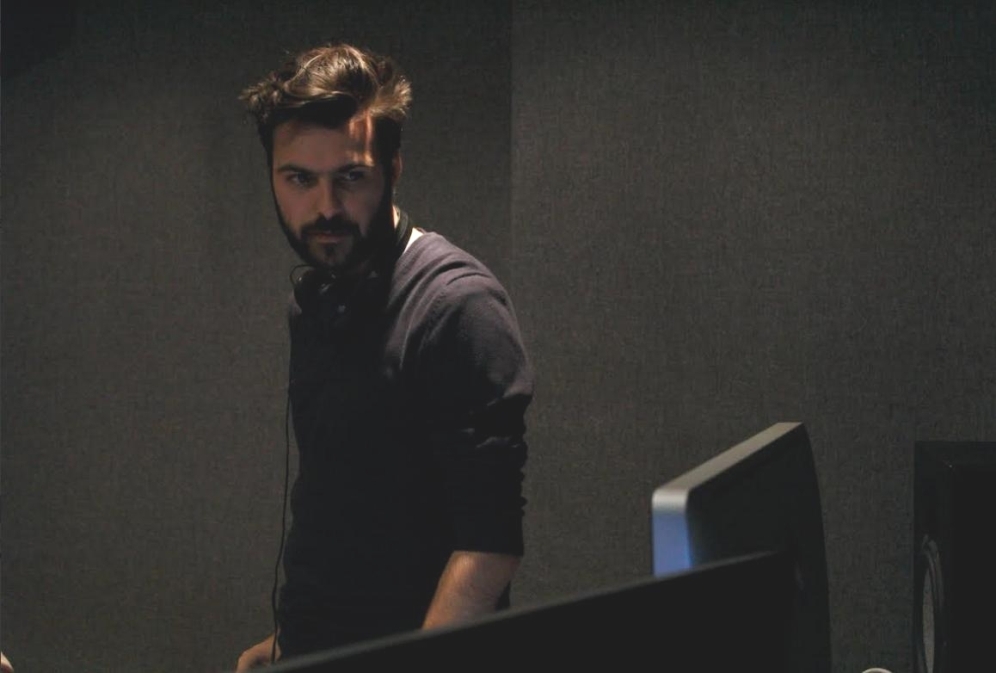 Remember MacGyver, the 80’s action series about an inventive guy who could make explosives with chewing gum? What would MacGyver do in the YouTube era? Film maker Dimitris Tsilifonis offers an answer to this critical issue in his film titled “Do it yourself”. “DIY” is an escape film about a small-time crook, Alkis, who agrees to star in a video that will be used to restore the public image of a corrupt businessman. When Alkis realizes that his accomplices are going to kill him, he only has a few hours to organize his DIY escape from the porn studio in which he is imprisoned, using his wit, digital skills and a toothbrush.

Dimitris Tsilifonis probably doesn’t know MacGyver. He was born in Athens, Greece in 1991. He is an American Film Institute fellow, holds a BA in Communication, and has worked extensively in the film industry. “Do it yourself” is his directorial debut feature. It received the Special Youth Jury Award at the 58th Thessaloniki IFF.

Tsilifonis talked to Greek News Agenda* about “Do it yourself” underlying his intention to mock the unrealistic expectations that pop-culture films build up expectation in the viewer. As “DIY” is an intertextual film full of references to other films and viral videos, Tsilifonis stresses that he makes no effort to hide his cinematic influences as a film director. The same goes for the characters in his film, who feel very wary of the situations they are in, comparing them to their favourite crime dramas. Tsilifonis concludes that through its mocking of cinematic conventions, “DIY” is exploring what is real in the “fake news “ era and tries in its own way to urge the audience to “Search for yourself”. 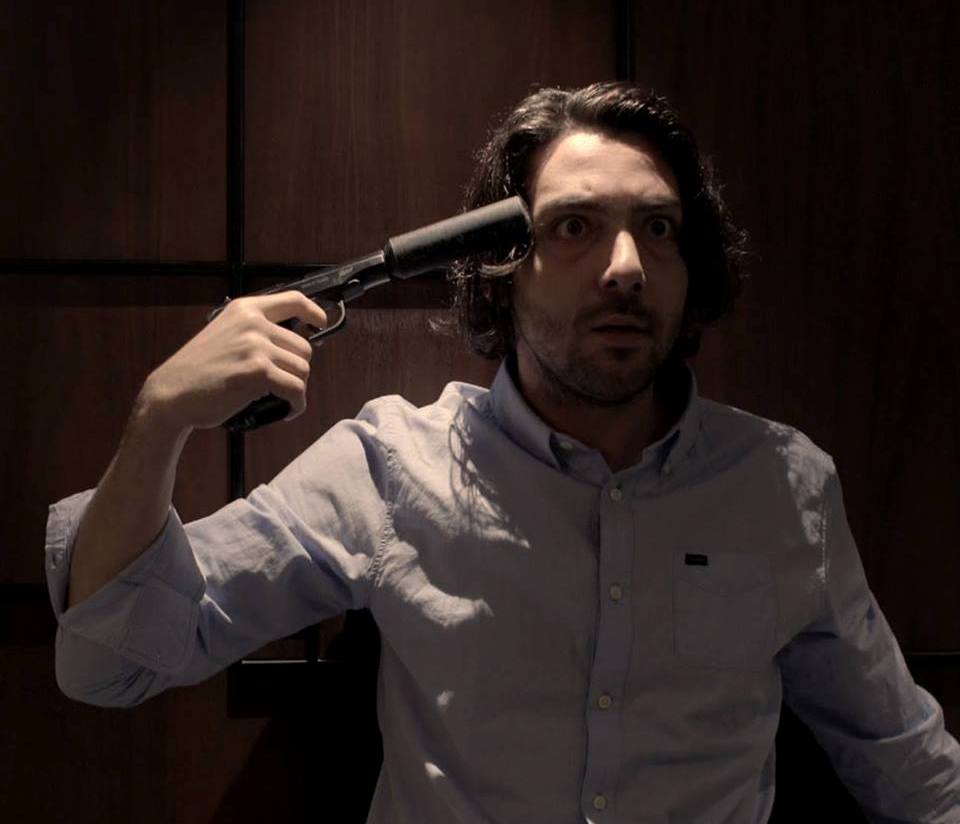 What made you decide to do a Greek action film?

Well, I wouldn’t necessarily characterize it as an action film, although there are action scenes in it –but I get your point. I wanted “DIY” to be a mainstream, yet entertaining cinematic experience. The whole film in a way mocks the unrealistic expectations that pop-culture films build up in viewers. I thought the tragic consequences of pretending to be “James-Bondish”-awesome, would be interesting grounds to explore. I mean, our biggest inspiration with our fight choreographer, Chris Radanov, were Jackie Chan and the Bridget Jones fight scenes. At every opportunity, we tried to infuse comedy into them. “The dudes, who don’t know how to fight, but are trying their best”, that was our motto. (https://www.youtube.com/watch?v=iapVomK4eFA)

What are your cinematic influences and how did you incorporate them in your film, which as you have said, is a very personal project?

I was born in the ‘90s, so it’s obvious that pretty much all big innovations of the early 21st century had a very big impact on me. People are very skeptical of technology, and usually very negative towards the future. I wanted to make a movie that would highlight the potential that the Internet and its anonymity offer us, but also illustrate its flaws and dangers, if we are not careful about filtering content. As for my cinematic influences, I really tried not to hide them. “Breaking Bad” is by far the most obvious one, as well as Scorcese’s and Jason Reitman’s directing styles. I could literally write a book about all the scenes I stole from different movies I love. Some of my “incorporations” were very abstract and more thematic, whereas some others were taken verbatim from other films. A case in point is this masterful scene from The Sopranos: https://www.youtube.com/watch?v=WtR_1Ve-jKg 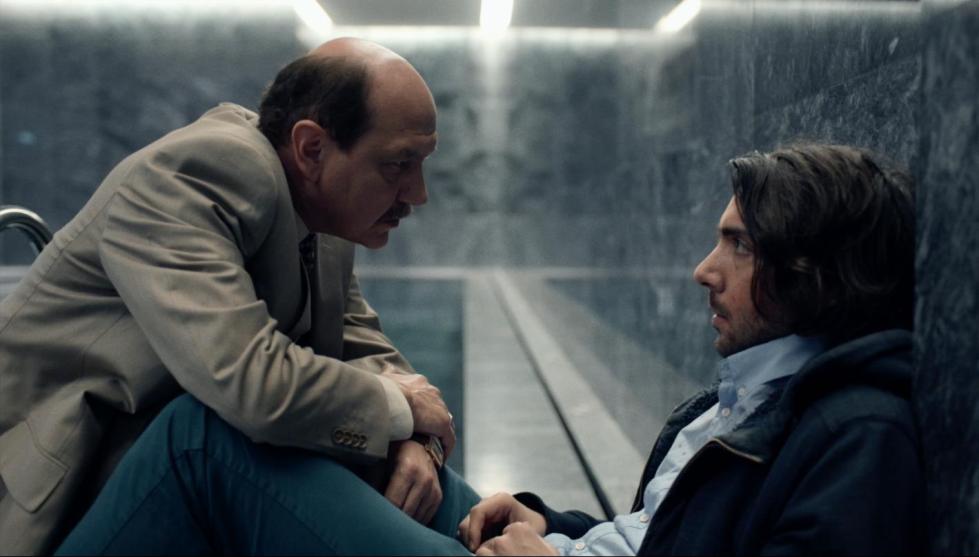 Themis Panou, Konstantinos Aspiotis, "Do it yourself" (2017)

How did you overcome budget limitations?

By planning. A LOT. Me and my Director of Photography, Angelos Papadopoulos, knew very well that time and money weren’t on our side, so creating detailed shot-lists as well as visual photoboards was the only way to achieve the shots and performances we hoped for.

Our preproduction lasted a bit more than 3 months, and it focused on specifying exactly what we would do each quarter of our 20 shooting days. I think at the end, 70% of our shot-list ended up making into the film, exactly as it was photographed. Finally, the script was written intentionally in a way that afforded us to save money on the majority of the movie, but allowed us to “splurge” on the bigger heavy-action set pieces. 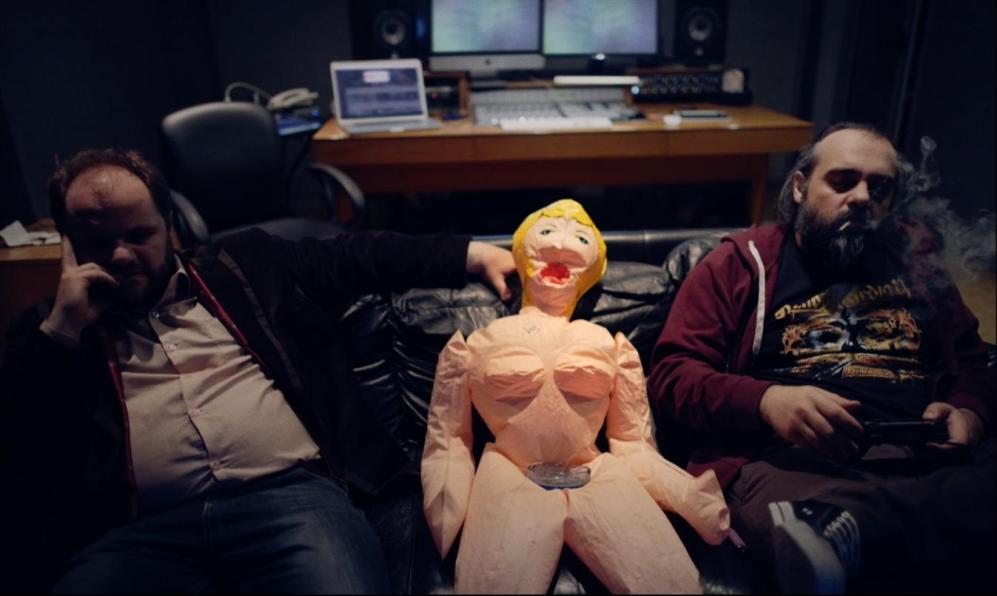 Makis Papadimitriou, Argiris Xafis, "Do it yourself" (2017)

The vast majority of the personae in “Do it yourself” love videogames, technology and refer to films or viral videos. Are these mostly characteristics of the millennials? What do you think is the influence of digital technologies in everyday life?

I feel it depends on how a person chooses to lead their life. For me, a big immersion breaker is when characters inside movies pretend they’ve never watched a movie before. Zombie/ Alien invasion films are usually the biggest perpetrators of this. So, I wanted my characters at least, to feel very wary of the situations they were in. They had sort of seen these circumstances play before in their favorite crime dramas. As for the influence of digital technologies in everyday life, I am not sure. I only have anecdotal evidence, but I feel there is a healthy majority of millennials, who aren’t necessarily involved with videogames and/or films. More and more people become tech savvy, millennials and older generations alike. I have to admit that it was a very pleasant surprise, when a lot of people in their 40s or even 50s approached me and told me how they spotted some of the most obscure references I had placed inside the film. So, yeah, I don’t think I have a good answer here. 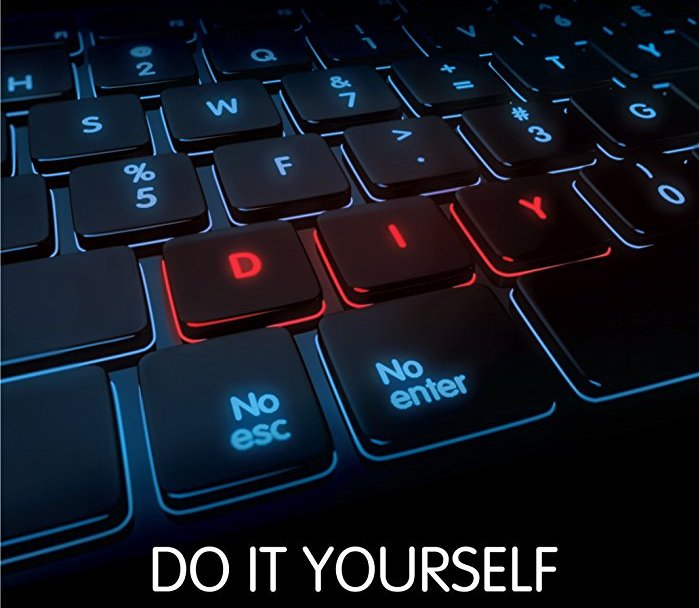 According to Collins dictionary, “fake news” was the word of the year 2017. “Do it yourself” is at heart a film about fake news. Would you like to comment?

Yeah! It’s funny cause I wrote the first draft in 2014, and even then, I felt it was a prevalent topic. We’ve yet to find a good way to combat fake news, and it doesn’t look like we’re near a solution. Critical thinking is the foremost important element we all need in our lives. In its own way that is what “DIY” is trying to urge the audience to do. Search. “Search for Yourself”. “Investigate for Yourself”. “Do It Yourself”.

Right now, I am developing a near-future science fiction VR film and working on my next screenplay. It’s hard to say, what’s going to come first, but I promise it will be worth the wait!