Filming Greece | “Copa Loca”: An ode to summers that never were 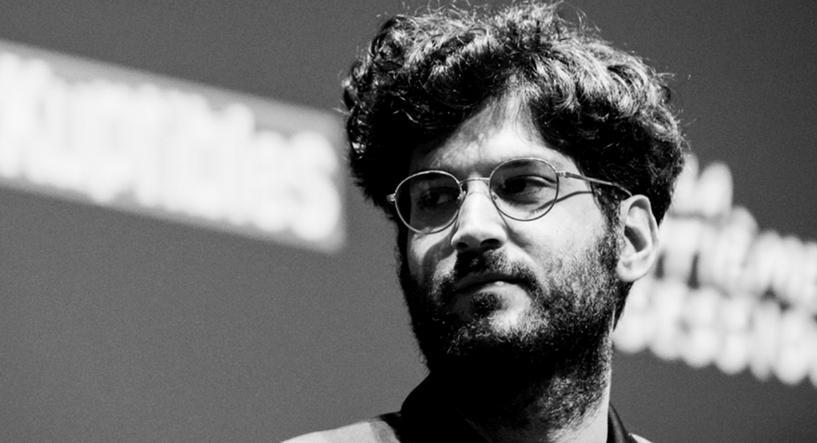 Growing up with MTV, film maker Christos Massalas dreamt of a careless adulthood full of wild summers. Too bad it never came to be. It seldom does. So, he constructed his own exotic colony. It’s called “Copa Loca”.

Christos Massalas was born in Greece in 1986. He studied Film Theory at Kingston University, London and Filmmaking at the London Film School, LFS. His short films “Flowers and Bottoms” (2016), “Bon Bon” (2013), “Woman with the Plastic flower” (2012) and  “Make-Up” (2011), have received multiple awards and have screened at film festivals around the world, including Cannes, New Directors/New Films, AFI Fest, Guanajuato, BFI, Nouveau Cinéma and many more. He was selected as one of 15 most promising directors from around the world at the 69th Locarno Film Festival, 2016. His latest short film “Copa-Loca” (2017) was nominated for the European Film Award, received the Greek Academy Award and has qualified for the Oscars, 2019. He is currently developing “Broadway”, his debut feature-length project, which was selected for the Sundance Screenwriters Lab.

Massalas talked to Greek News Agenda* about “Copa Loca”, an abandoned Greek summer resort - a place where memories of wild summers disintegrate under the faint winter sun. Paulina is the girl at the heart of Copa-Loca. Everyone cares for her and she cares about everyone - in every possible way. Massalas explains that “Copa Loca” is a reverberation of his experiences rather than a comment. He clarifies that the term “Weird Wave” is not his cup of tea, as is the case with many of his peers. Finally, he stresses that the problem with film making in Greece is the problematic relationship between Greek films and Greek audiences, a distrust that has to be reversed. 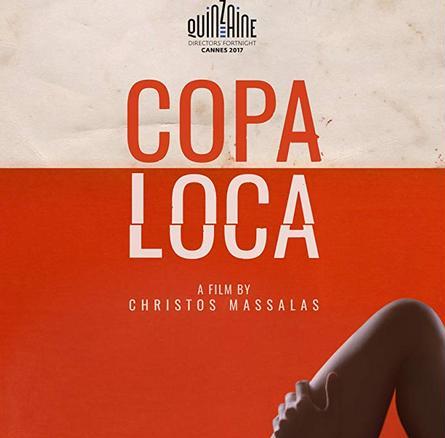 You have studied film theory. Has your theoretical background influenced your work as a filmmaker?

First of all, I should say that I don’t think that studying film theory is a prerequisite to making films. Any kind of theoretical knowledge you gain goes into your practice and it’s valuable, but, in reality, talent grows in places which the intellect can’t quite grasp. That’s why perhaps it’s always more difficult to assess why we feel a certain film or work of art is really good, while it’s easier to deconstruct something that we feel doesn’t quite work.

As a filmmaker, you need to gain fluency through practice rather than theory. And you need a lot of practice. Theory is a different story, and you may want to go there or maybe not; that’s how I see it, at least.

In some cases, theory helps you organize your thinking and reveals possible underlying meanings and patterns – and that’s all useful, as long as it doesn’t cancel your capacity to see certain things for what they are, here and now. So, I guess that, through film theory, I’ve become more aware of how certain things are perceived and about visual semiotics and certain frameworks of criticism. And for sure, I have probably inherited certain patterns of thinking.

But I have to say that even in University, I was bit of a rebel in the sense that I wasn’t following the textbook. In one instance, I remember that I had written an essay on “How Green Was my Valley” by John Ford; I hadn’t used any bibliography, I just wrote down my thoughts and I was quite happy about it - it was more of a poetic account than a theoretical evaluation, really. And then, one of my teachers read it and called me in the office to inquire about my references on the piece, because he thought it was quite interesting, but there were no citations. “I just wrote it”, I replied. He was furious – and I got a D. 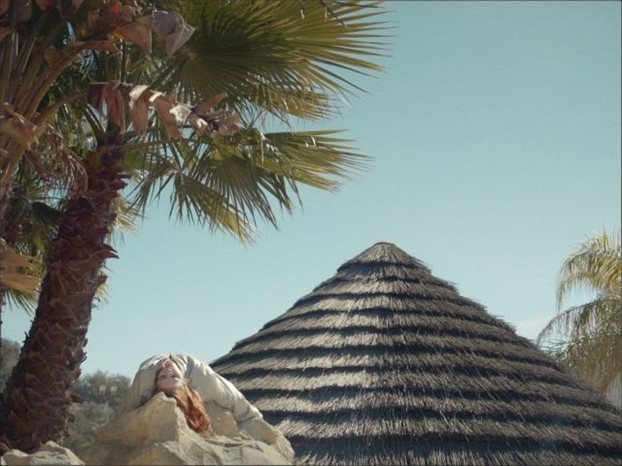 The film format and photography have the visual effect of an old Polaroid. In Copa Loca nostalgia meets decadence in the form of an anthropological documentary. Is it a commentary on contemporary Greece?

There are various ways to look at the film and the relationship between character and setting. But there’s also an underlying idea that after a disaster there’s immeasurable grief but there’s also a possibility to reinvent things, to re-orientate. And there’s always a delay in the process of adapting. First the weather changes andthen your body has to adapt to it, it’s not possible the other way around, even if you can foresee what’s coming. And in this delay, there’s always a sense of absurdity – caught in ambivalence, between the old ways and the new circumstances. So, I wouldn’t use the term ‘commentary’ for the film. Perhaps, I would say that it’s more of a reverberation of my experiences on different levels.

I sense influences by the Weird Wave in your film. Am I wrong? How do you feel about the Greek Weird Wave?

I’m not quite sure what the term ‘weird wave’ means. I assume it is meant to suggest a canon of films with a common, inherent aversion toward ‘normative’ attitudes. By definition there’s a fallacy there, in the sense that by including such films in a canon you make them part of a norm. And this problem has affected both the way in which these films are perceived abroad but also the way in which filmmakers in Greece have been forced to accept this canonical evaluation of their work. 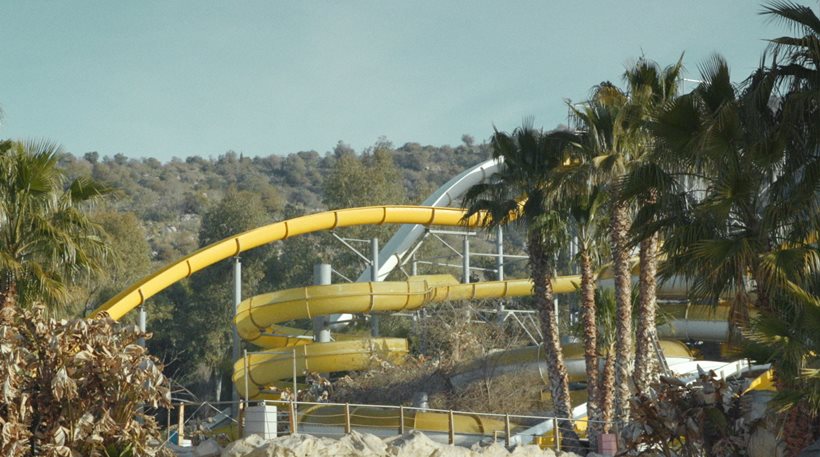 What is the function of music in your film?

There are three musical axes in the film, which operate parallel to each other – the one fades out, the other comes in and so forth. The first axis, the ‘tropical’ one, is made up of samba rhythms and for this I used street recordings of percussion improvisations that I found. These pieces, blended together, create the ambience of Copa-Loca. The music comes and goes and its source is never revealed, like a ‘ghost’ track performed by the indigenous players, who (never) lived there.

The second axis is where an electro/trance theme comes in. This is where Σtella came in and wrote an original piece, which is the dance theme of Paulina, the main character of the film. We discussed a lot about the mood of the piece, listening to 90s club/trance tunes. This piece corresponds to, what once was, the nightlife of Copa-Loca.

The third axis is one that comes from the outside, from beyond Copa-Loca; it is a song which accompanies the character of Paulina’s mother (played by Jenny Hiloudaki). The character arrives like a blast from the past – and so does the music. The song is ‘Tosa Kalokairia’ written by Mimis Plessas and Lefteris Papadopoulos, performed by Dakis in 1967. It is a Greek nostalgic summer ballad with acoustic instruments and full string orchestra. It was featured in a popular musical comedy of the time (“Gorgones kai Magkes” by Dalianidis). It’s a song written exactly 50 years before “Copa-Loca” and, interestingly enough, it came out just around the time when the political system in Greece collapsed and the dictatorship took over.

So each ‘axis’, each piece of music has an almost narrative purpose in the film; but I don’t expect that spectators will make such specific associations. The music works on its own terms, beyond this semiology and it carries its unique atmosphere. 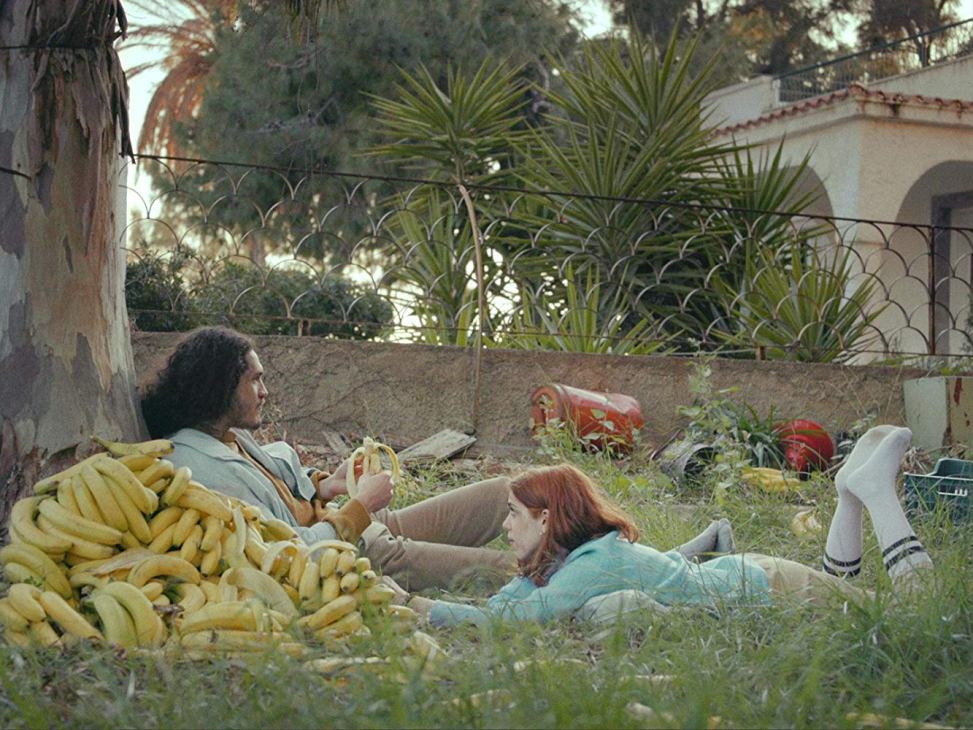 How would you describe your experience as a filmmaker in Greece?

It’s not easy to make films in Greece, and because it’s not easy you get a real kick out of it when you actually manage to make a film; italways feels like a little feat. And the excitement comes hand in hand with a lot of work; I guess that’s not just a Greek thing. When you make films you have to be prepared to work your socks off and the result may not always be what you expect it to be. So it’s constant risk-taking.

But the cultural landscape of Greece right now is so rich and paradoxical that you can see art flourishing in all kinds of disciplines. The added difficulty with cinema is that cinema is a very costly endeavor and requires a wide audience - it’s a feedback system. And particularly for the latter, when it comes to feature films, there’s still a problematic relationship between the films that are made in Greece and Greek audience. And the problem goes both ways, as if there’s mutual distrust. So for me, that’s really the important discussion right now, how this distrust can be reversed.

You are about to make your first feature film. Would you like to say a few things about it?

The title of the project is “Broadway”. It is the story of a group of street performers and pickpockets in contemporary Athens. It’s a thriller, at times it’s a comedy, there’s a lot of dance in it, a lot of sequins and feathers and characters as rich as the Athenian landscape.

I started thinking about this script a couple of years ago and this last January I developed it further at the Sundance Lab in Utah. There’s still some time ahead to find all the necessary resources to make it happen, but I guess we’re on a good track.