Government | Policy: Olga Gerovasili | Greece on the Road to Growth 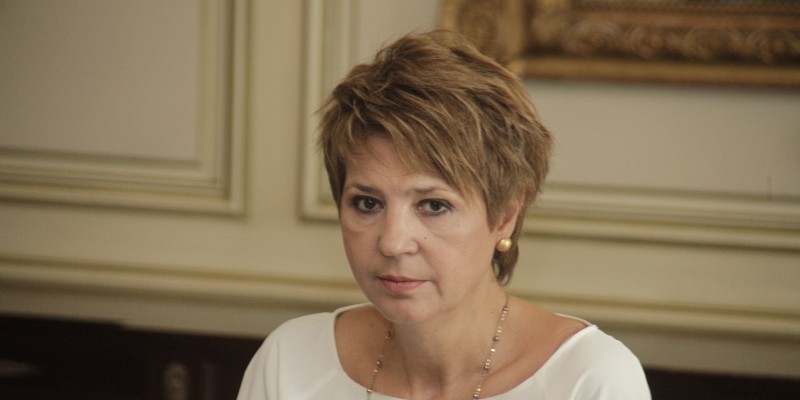 How would you assess the course of negotiations with Greece’s international creditors before and after the recent conclusion of the Greek economic programme’s first review, given the urgency for the debate on Greek debt relief to begin, as well as for getting the Greek economy back on the growth track?

A long and tough course of negotiations has been effectively concluded with the successful completion of the review that was left pending by our predecessors in the previous government. We negotiated in defense of the Greek people’s interests and prevented a series of negative consequences resulting from what had been agreed by our predecessors. For example, we managed to maintain main pension levels and protect subsidiary pensions, to safeguard people’s primary dwellings from foreclosures, to protect the state ownership of the Public Power Corporation, and to direct half of the revenues yielded from the privatization of public assets to development investments. We are therefore happy with the outcome of the review for a number of reasons.

Firstly, it has obviously allowed for the release of the next tranche of funds, which will bring significant relief to the Greek economy and boost market liquidity, clearing outstanding state arrears to the private sector. Of equal importance is the fact that an automatic mechanism for debt relief has been established for the first time. This means that measures to secure Greece’s debt sustainability will be activated by objective criteria and will not rely on estimates from creditors’ representatives or finance ministers’ opinions. Bear in mind that this mechanism comes into being earlier than initially agreed last summer. Finally, the way opens to economic recovery and restoring the confidence of Greek and foreign investors. Economic and social stability is the necessary foundation for the return to growth, which will happen very soon.

Greek fiscal and macroeconomic indicators in 2015 were better than projected. What is the government’s economic development plan for 2016 and what are the prospects and challenges for economic recovery? How will the government incorporate its 'parallel programme' for social justice and cohesion, for the relief of weak and vulnerable groups after six years of harsh austerity and deep recession?

The government managed to outperform the programme’s estimates and the predictions of the institutions. This is the first time it has happened in the last six years. The return to positive GDP rates is no longer a mere goal, as we are now seeing with certainty the beginning of a growth trajectory in the coming months; within 2016. This is not the position of our government only, but a point of convergence by all partners and major international rating agencies as regards their projections. Growth of course cannot just happen by itself. Having completed the implementation of around 80% of our programme, we are now ready to execute development policies without a hindrance. A development bill has already been tabled in Parliament and there has been interest from international investors. At the same time, we’re accelerating the good use of all financing tools, such as the National Strategic Reference Framework (NSRF / ESPA) and the Juncker package. Concerning especially the NSRF, Greece has for the first time achieved the highest absorption rates of all European Union member states, and obviously the Eurozone.

What we can admittedly do now is to redistribute fairly the benefits of growth. Our priorities in terms of social justice have been proven, even during the first difficult phase of implementing last July’s economic agreement. The government effectively protected pensions, wages and jobs, and reformed the tax system in order to relieve the more vulnerable groups of Greek society by increasing the contributions of the most robust. Within that particularly difficult phase, we were able to implement a series of measures of the so-called "parallel programme" to offer protection to large sections of Greek society, as with, for example, providing the uninsured with free access to health care.

2016 has been declared a celebratory year between Greece and Russia. What events have been scheduled and what are Greece’s expectations in terms of tourism, culture and economy, as well as politically, following the recent visit of President Putin to Greece?

Building on a very rich cultural program for the celebratory year “2016: Greece in Russia and Russia in Greece”, bilateral relations are advancing at all levels this year. The cultural programme has amplified    the interest of Russian people in our country. There has been a proliferation in visa applications at our consular authorities in Russia, which in turn had to be reinforced so as to meet the demand. Projections that the number of tourists from Russia to Greece will be more than doubled this year seem reasonably attainable to me.

Bilateral interest is multifaceted however. There has been intense activity this year at business level meetings to strengthen bilateral exports, which have been adversely affected by the sanctions between the EU and Russia. At the same time, large state companies and individual businessmen have expressed interest in investing in our country. Note the large governmental delegation accompanying the Russian president to Greece during his recent visit, including the ministers of Foreign Affairs, Energy, Transport, Culture, Economic Development, Agriculture as well as the government spokesman. All this testifies the political importance that the Russian side places in our bilateral relations and the strong interest as regards investment prospects now available in Greece.

Finally, concerning the cross cultural year “2016: Greece in Russia and Russia in Greece”, there are plenty of notable exhibitions taking place in Moscow and St. Petersburg, such as a flagship exhibition of Greece’s classical antiquities at Moscow’s State Historical Museum, an exhibition about ‘Byzantium’ in Saint Petersburg’s Hermitage Museum, an exhibition of important Greek painters at St. Petersburg’s Manege Central Exhibition Hall, a Greek numismatic exhibition in Moscow’s Pushkin State Museum of Fine Arts etc. From the Russian side, during his recent visit to Greece, President Putin inaugurated the exhibition of the very symbolic exhibit of the Ascension icon from the famous Russian iconographer Andrei Rublev at the Byzantine Museum of Athens.

* Olga Gerovasiliis Deputy Minister to the Prime Minister and Spokeswoman for Greece’s coalition government since the last national elections in September 2015. She’s a medical doctor from Arta, elected to Parliament (MP) with the Coalition of the Radical Left (SYRIZA), in the 2012 and 2015 National Elections.