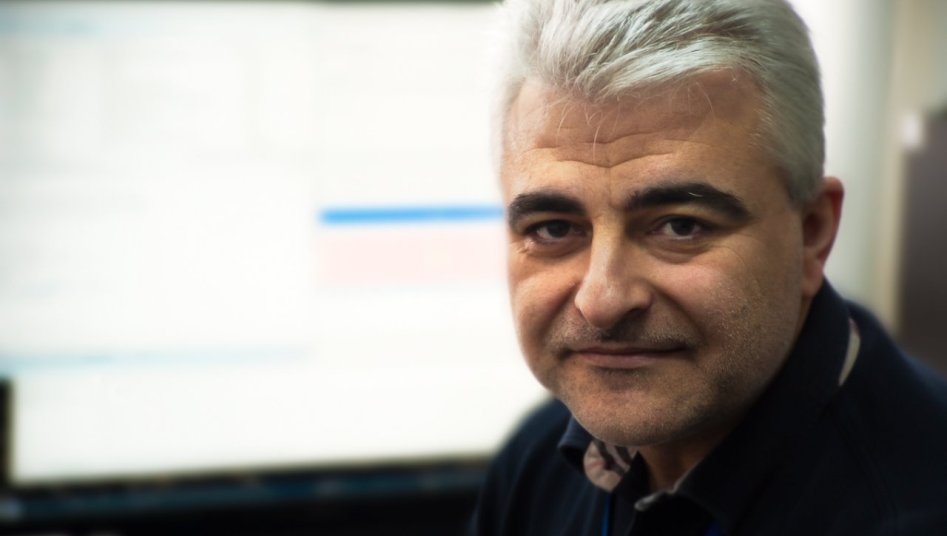 Nektarios Tavernarakis is the Chairman of the Board of Directors at the Foundation for Research and Technology-Hellas (FORTH), Research Director at the Institute of Molecular Biology and Biotechnology (IMBB), and Professor of Molecular Systems Biology at the Medical School of the University of Crete. He is also an elected member of the Scientific Council of the European Research Council (ERC). For his scientific accomplishments, Nektarios Tavernarakis has received several notable scientific prizes, including an innovation-supporting ERC Proof of Concept Grant and two ERC Advanced Investigator Grants. In July 2017, he received the prestigious Helmholtz International Fellow Award.

FORTH, established in 1983 in Heraklion, Crete, is one of the largest research centers in Greece with well organized facilities, highly qualified personnel and a reputation as a top-level research foundation worldwide. It includes six Research Institutes in different parts of the country.

Professor Tavernarakis spoke to Greek News Agenda* about the present situation of research in Greece and the country’s great capacity in that field. He notes a change in the national research policy, welcomes the increase in public spending for research and suggests ways in order to turn Greece’s “brain drain” into “brain gain”. He underlines FORTH's strategic planning as well as its aim to expand into emerging and exciting research fields.

FORTH and you personally have received numerous international awards and recognition for your work. Where does Greece currently stand internationally as far as research is concerned and what are its perspectives for the future?

There is definitely capacity to perform high level research in Greece. This is exemplified by the numerous publications of Greek researchers working in Greece, in high-impact, peer-reviewed journals. In fact, with regard to publications in top tier scientific periodicals, Greece is doing quite well, and in a recent Nature survey it came on top of countries that are traditionally considered highly productive in terms of research output, such as Canada, France, Italy and others. This suggests that we have, in Greek Research Institutions and Universities, what is sometimes called as “Pockets of Excellence”. If anything, these examples indicate that there is no inherent inability to carry out internationally competitive research in Greece. Another indicator that points in the same direction is the success of Greek Researchers and Institutions in attracting external competitive research funding. FORTH has ranked 15th in the list of the top 50 most competitive European Institutions in terms of securing funding from the previous 7th Framework Programme of the European Commission, and has actually improved its position, now number 10, in the current Horizon 2020 Framework Programme. Several other Greek Institutions are also performing well in this respect. The above being said, however, Greece is still well below the European average in the overall scientific output. I think it is important that Greece manages to realize its full research potential. There is still a long way ahead before this goal can be achieved. It will require the coordinated efforts of both the National Government but also the Scientific Community in Greece and the scientists of the Greek diaspora.

According to data, R&D spending in Greece has been growing steadily in recent years. But there is also the belief that underfunding, among other problems, prevents Greek R&D from reaching its potential. What is your opinion? What is the role of the State? Can you detect a change in policy?

Indeed, notwithstanding the current financial challenges and the crisis in Greece, there has been an increase in public spending for Research, both percentage wise but also in absolute terms. This is of course a very welcome development, but there is still a long way ahead of us before long-term regularity and sustainability of research funding is achieved. Funding also needs to increase further if we are to approach the current European average. Nevertheless, I believe that there are clear signs of a change in national policy with regard to Research. Greece’s research portfolio is now handled at a Ministerial level instead of at the level of a General Secretariat, which used to be the situation until recently. This, to me, indicates that the Greek Government recognizes the value of Science and Research as a key pillar of socio-economic development, and an essential tool towards overcoming the crisis. Recent measures and the legislation that was passed for Research are steps in the right direction but there is still a lot to be done. Looming problems that need to be addressed in the short-term, are the extremely complicated bureaucratic system for handling and dispensing research funds, as well as, limitations imposed on hiring new researchers and university professors. I hope that the current momentum does not dissipate, and these initial steps are followed up by the implementation of an even more research-friendly policy.

For years, Greece has been suffering from “brain drain”. Recently, PM Alexis Tsipras said that “brain gain” is a national goal for the next 5 years. Under what circumstances can this be possible?

The phenomenon of young scientists and researchers moving abroad after finishing their Bachelors or PhD studies in Greece is not something new. People have been doing this exercise almost forever and it is not necessarily bad for the country. If anything, this could even be beneficial for Greece; under the condition that at least some of the people also come back. Such a reciprocal movement has the obvious advantage of enriching the Greek Scientific Community with state-of-the-art knowledge and expertise. The detrimental trend that has been transpiring in recent years is not that people are leaving – this, as I said, has always been the case – but that very few, if any, come back. This is where we are losing the game. I believe that if we are to also have “brain gain” and not just “brain drain” we should establish an environment in Greece, a research ecosystem, if you will, that would be favorable for people who want to come back. We should be able to provide the means (facilities, infrastructure, legislative framework etc.) for these people to carry out their research programme, essentially as they would outside Greece. I am confident that if this is done, we will see a lot of brilliant scientists coming back. In fact, in a recent call for researcher positions at FORTH we witnessed an extremely high interest by people abroad, with more than 70 applicants for each position and many of them outstanding scientists who could easily be hired in top US and European universities.

What is/should be the relation between FORTH and the private sector? Are there any examples of successful cooperation?

FORTH has always fostered close relations with the industry and the private sector. Over the more than 30 years of its existence, FORTH has been the cradle of many successful spin-off companies, and productive partnerships with the private sector. FORTHNET, the company that literally brought the internet to Greece, is a prominent example; there are numerous others. In addition, FORTH has demonstrated its determination towards further strengthening relationships with the private sector and the industry by creating the PRAXI Network, which is a highly experienced and well-stuffed technology transfer unit. Through the efforts of the PRAXI Network, many productive partnerships between research teams from all Institutes of FORTH and companies in Greece and abroad have been established. FORTH also operates in its premises the Science and Technology Park of Crete, an incubator of start-up companies that seek to maintain close ties with the academia and research groups at FORTH. This symbiosis provides ample opportunity for fruitful interactions. Finally, I would also note the example of Crete University Press, a high quality publishing house established and operated by FORTH, which provides excellent scientific and other literature editions to university students and the Greek general public.

Tell us a few things about FORTH’s next projects.

We have several strategic plans for the future. We want to see FORTH maintain and enhance its excellence, as well as, expand into emerging and exciting research fields. We follow closely contemporary developments in various areas of research, relevant to the activities of all FORTH Institutes, and we aim to initiate related research activities. As an example, we intend to establish a new Center for Personalized Medicine and Genomics, which will provide state-of-the-art services to patients from all over Greece, but also nurture research collaborations between clinicians and basic scientists. Genomics technologies that will become available in the framework of this center will also be useful in the Agro-Food and Culture Sectors, which are of vital economic importance for Greece. I should note that FORTH (the Institute of Biology and Biotechnology) has already created the first ArchaeoGenomics (Ancient DNA) Lab in Greece. This is one example of how modern technologies can contribute to a better understanding and appreciation of our rich cultural heritage. Furthermore, we plan to complement this center with a state-of-the-art Biomedical Imaging Hub that will incorporate a PET/CT imaging system. This capacity is not currently available in Crete, and will be a highly valuable asset, even at the national level. An additional initiative that we have already undertaken at FORTH is the creation of the first Institute of Astrophysics in Greece. The infrastructure is already in place; as you many know, FORTH together with the University of Crete are operating the Skinakas Observatory, which is equipped with the latest observation and analysis instruments for Astrophysical studies. In addition, a group of highly talented and motivated Researchers is already active in this area of research, at the Institute of Electronic Structure and Laser of FORTH. Thus, we hope that the Institute of Astrophysics will soon become FORTH’s 7th Institute.

Foundation for Research and Technology-Hellas | Institute of Molecular Biology and Biotechnology: Tavernarakis Lab