Think Tanks | Nikos Erinakis on the Institute for Alternative Policies

Nikos Erinakis has studied Economics (AUEB, Athens), Philosophy and Comparative Literature (Warwick) as well as Philosophy of the Social Sciences (LSE) and holds a DPhil from the Universities of London and Oxford. Erinakis is Director of Research at the Institute for Alternative Policies (ENA), a newly founded Athens-based “progressive and left” think-tank that perceives itself as part of a wider movement of ideas for changing society.

Nikos Erinakis spoke to Greek News Agenda* about ENA’s goals and political orientation, the need to re-examine the left-wing concepts and politics in the light of new emerging social needs, ENA’s Economic Development Bulletin, as well as the character of the Greek public debate, and the role of propaganda in the formation of international public opinion about Greece.

The Institute for Alternative Policies (ENA) describes itself in its founding declaration as “non-politically neutral”, and progressive in character. Could you tell us more?

The idea of ​​creating the Institute was born out of a necessity. Both Greece and Europe are now at a critical juncture. As the current era is extremely uncertain and characterized by great changes, various ideas and thoughts are formulated about our present and future, but there is no organized, structured, and scientifically documented public analysis and discourse that detects differences between the old and the new, conservativism and progressivism, based on the coexistence of a renewed way of our collective coexistence at the level of society, economy and politics. Thus, we wanted to explore how the Greek society imagines its future.

Our goal is to operate as a left-wing think tank in Greece and Europe, seeking to fill the lack of well-founded scientific analysis that we believe exists in the representation of the wider field of ​​the Left. We aim at the creation of an original field of research, study, dialogue and action on policies in favour of social needs and the interests of the subordinate classes, that is, at the exit from the multilevel crisis towards a new socio-economic reality of equality and justice.

In Greek political science and public discourse, the country’s  so-called ‘underdog’ culture is often considered as a source of opposition to the processes of modernization and “Europeanization”. What is your opinion concerning this type of approach to the Greek social formation?

We believe that this well-known dichotomy is a simplistic way to describe a rather complex situation, e.g. the evolution of the Greek social formation throughout the years. Moreover, it constructs two hyper-historic categories that seem to apply to all the phases of Greek history and favour a very specific and biased interpretation of Greek history and its conflicts. Thus, the term "underdog" is elitist and extremely derogatory. We believe that the recognition of the complexity of the Greek social formation and a self-critical spirit - which means facing and deconstructing your own political biases - constitute two concrete methodological foundations in order to answer questions of this kind.

You seem to give a special emphasis to social subjectivities, emancipatory politics and “new” political content(s). What is the exact place of these notions within ENA’s research programme?

The main finding of our first survey, which was presented in July, was the lack of citizens' trust towards "traditional" political or social actors, as well as a tendency to seek progressive responses to modern dilemmas. At the same time, there is a sense of perplexity and puzzlement. The social majority seems to be increasingly following alternative formations of political thought and analysis, and is willing to participate more in the community, but it does not seem to know how. Nevertheless,it is still a process in progress. This "how", thus, is what we attempt to explore and express by looking for the forces that will truly manifest the new.

Alternative policies, on which our research programme focuses, are policy proposals that aim at social, economic, ecological and institutional transformations. They respond to specific social needs, always having as a prerequisite the active participation of society. Focused on the widening of equality, social justice, solidarity, innovation and fair development for the benefit of citizens, they are alternatives mainly to neo-liberal hegemony, but also to historically outmoded models of progressive, political age.

By this we mean that more is required than simply the defence of classical progressive prepositions. Besides, left-wing politics of the past set the same identities as a point of reference, albeit with outdated tools today. An overflow, a re-examination of these concepts in the light of new emerging social needs is therefore required. A redefinition of existing policies based on modern data on needs and available tools to meet them. These are the pioneering "alternatives" that we will try to identify and highlight, while exploring how they can be implemented. Emphasizing collective points of reference and key concepts for us, such as the public interest and public goods.

You recently launched a monthly Economic Developments Bulletin. How does it differ from other widely used bulletins like those of Eurobank and IOBE?

The Economic Developments Bulletin is now already in its 3rd issue. It is updated on a monthly basis by the Economic and Social Analysis Group of ENA. All data derive from official sources. Through the scientific interpretation of the indicators and the holistic presentation of trends, we aspire to offer the reader a balanced approach to reality critically recognizing both positive and negative developments. Given that we are neither a financial nor a public institution, we gather information from a great variety of fields and therefore we do not focus merely on strict financial, positivistic indicators like bulletins by banks, businesses or public institutions do.

The aim of ENA’s Economic Development Bulletin is not only to provide valid, systematic and comprehensive information on the trends and developments of the Greek economy and society but also to capture the social footprint of economic policies on sustainable and just development. As we state in our founding declaration «ENA’s work is not politically and socially neutral; through scientific documentation and experimentation, it aims at strengthening the political conditions of social justice, defend general interest and eliminate inequalities». As part of this work, the Economic Development Bulletin is a promising tool for proving that a modern think tank in Greece can have a strong political and social standing without lacking scientific credibility and objectivity.

Ιn addition, we issue the Bulletin on European Affairs, through which we opt to take part in the public, and often controversial, debate on European affairs. The Bulletin will be issued twice a month and will not stand politically and socially neutral, but will seek to explore responses to the diverse challenges of our time for Europe. The fundamental question that motivated the decision to create the Bulletin was not the often postulated “more or less Europe”, but “what kind of Europe do we want” and how can this be achieved. 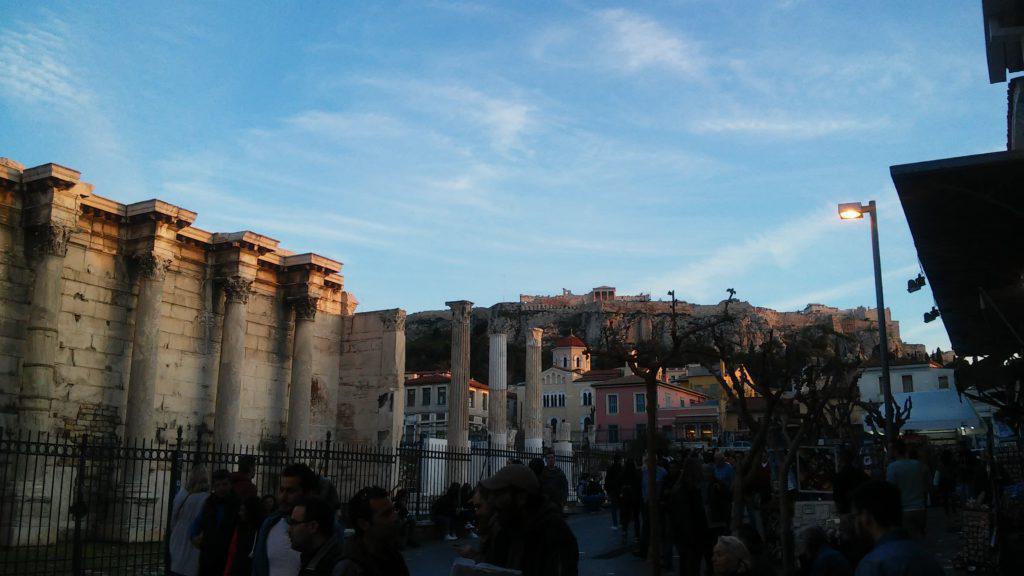 It is often argued that the Greek public debate lacks factual analysis and concrete policy proposals - especially as far as the Left is concerned, while the country's most influential think tanks (like ELIAMEP in the field of European and Foreign policy, and the recently founded diaNEOsis) are rather located on the centre-right of the political spectrum. Would you like to comment?

Public debate is indeed monopolized in our country very often by theoretical approaches and opinions that repeat the basic imperatives of neoliberal/conservative ideology. Left perspective is under-represented, especially in projects of documented scientific analysis and elaborated policy-making. As a result, we decided to found ENA; our aim was to set up an alternative, left and progressive think tank in order to cover the gap of representation of the broader area of the Left.

At the same time, we wanted to give the possibility to those young scientists and researchers that are actively involved in the defense of public interest and public goods, in the strengthening of social justice and democratic participation, in the promotion of innovation and fair development.  Our goal is to make the most out of the knowledge produced today in Greece and which is not diffused to the public sphere.

Our ambition is to work on alternative proposals of realistic policies serving specific social needs fora new model of social organization. In this context, our main concern is to clearly define concepts that are socially and politically charged, such as "new production model" or "sustainable growth", in order to draw more accurately the dividing lines between the really progressive and the neo-conservative approaches often in disguise.

You have contributed to Rosa Luxemburg Stiftung’s fact sheet about “Greek politics: checking the facts - What Greece has actually done to tackle the crisis” (June, 2017). What, do you think, has been the role of propaganda in the formation of international public opinion about Greece and are there any means to counter its dire effects?

It would not be an exaggeration to argue that there exists a missionary zeal with which certain interested circles in European and International politics, the business sector and the media, have been circulating tendentious portrayals, distorting facts and even slanderous statements. One of our aims is to highlight some of these alleged truths about ‘the Greeks’ that have been loudly proclaimed and are still persistently being peddled today, and examine them objectively in order to establish how true they actually are. In other words, we aim at counteracting such fake news, depreciative clichés and preconceptions about Greece, without beautifying or putting a gloss on anything, and to gather true facts which must be presented all the more systematically in today’s allegedly post-truth era.