Stathis Intzes is a poet and an editor. He has published two poetry collections Gadium (Thraka, 2017) and Σεληνάκατος [Lunar Module] (Mandragoras, 2013), and a novella Οι τελευταίοι φανατικοί της στρωματσάδας [Τhe last lovers of bedding on the floor] (Thraka, 2014). He is the editor of “Thraka” Literary Magazine and Editions. His novel Οι ανειδίκευτοι δεν βγάζουν κιχ [The unskilled make no sound] is expected soon by Melani Editions. 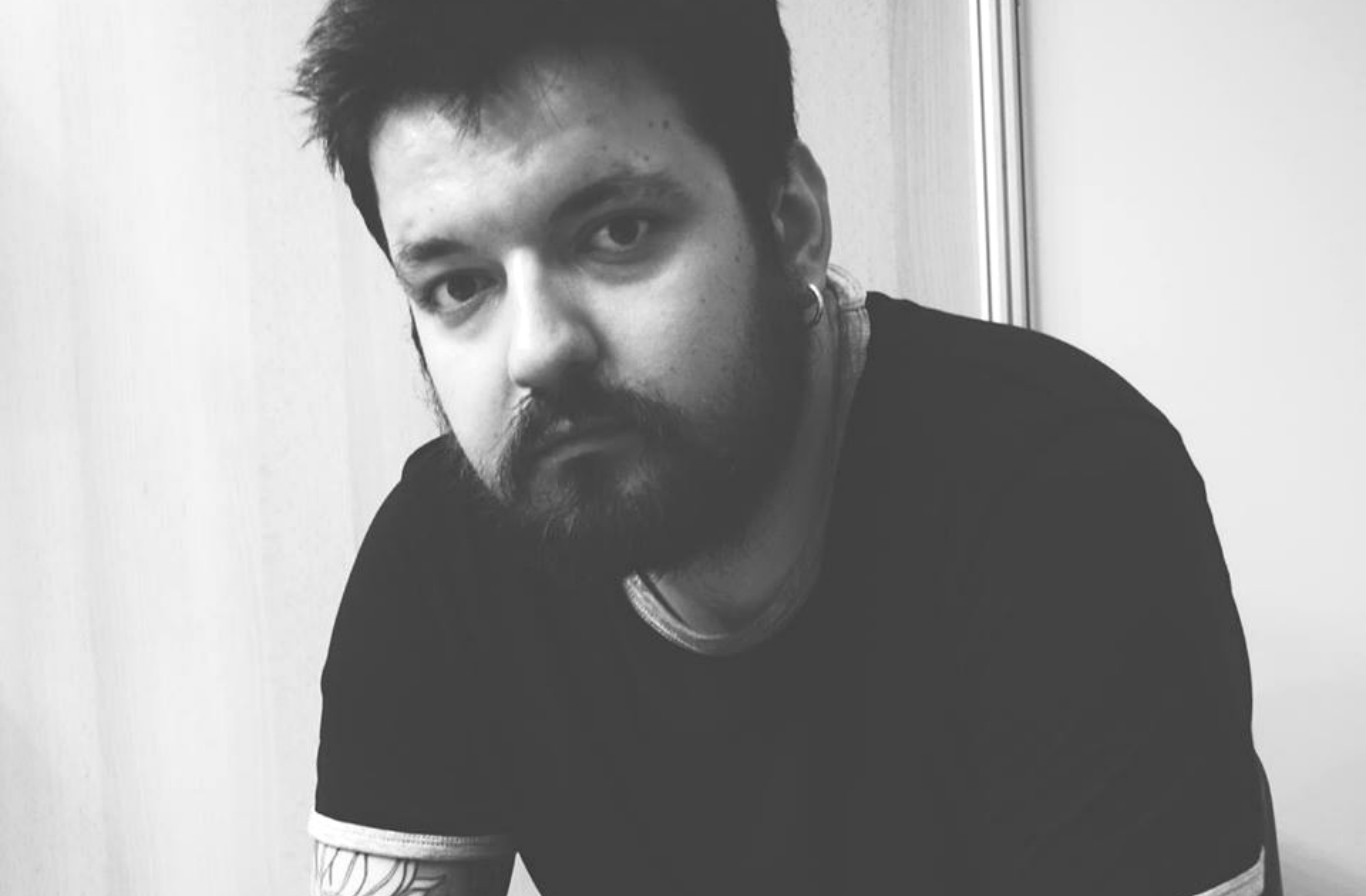 Stathis Intzes spoke to Reading Greece* about Gadium, a poem structured in seven parts and Οι ανειδίκευτοι δεν βγάζουν κιχ, “a humorous story, surreal and post-modern, ending up in a dystopic environment”. He notes that “Thaka” was born out of “love for books and especially poetry”, commenting that “the time when publishing houses were large companies offering a wide range of books is long gone” and that “specialization restores readers’ relationship with the publisher”. He concludes that “our era will bring to the fore some great writers. We just have to be patient and leave books do their ‘job’”.

Your new poetry collection Gadium was recently published, while your novel Οι ανειδίκευτοι δεν βγάζουν κιχ is expected soon by Melani Editions. Tell us a few things about both books.

Gadium is not exactly a poetry collection. It’s a poem structured in seven parts. It’s about an heirless traveler chronicling instances in seven distinct historic eras. It is seven poems, seven ‘snapshots’ of every era, from that of Phoenician prosperity to the Spanish civil war. As for the novel Οι ανειδίκευτοι δεν βγάζουν κιχ, which will be published soon, it tells the story of an unskilled factory worker who suddenly realizes the supernatural strength of his left hand. From then on unfolds a humorous story, surreal and post-modern, ending up in a dystopic environment.

Together with Thanos Gogos, you are the editors of “Thraka” Literary Magazine and Editions. How did you decide to embark on such a publishing venture amidst the crisis?

It was our love for books and especially poetry. We wanted to create a medium (either through the magazine or our editions) in order to promote the work of writers worthy of having their voice heard.

The new poetry collections of Yiorgos Lillis and Petros Golitsis will first be published, followed by newcomers Eva Spathara and Panagiotis Dimitriadis. As for prose, the new novels of Olvia Papailiou and Petros Birbilis are underway.

I believe that the so-called era of the “crisis” Greece is currently going through has also had some positive side-effects, which is the establishment of some new publishing houses with expertise in specific fields. For instance, you could say that "Thraka" specializes in poetry, another publishing house in prose, yet another in essays etc. It seems that the time when publishing houses were large companies offering a wide range of books (from children’s books and literature to scientific books) is long gone. In this framework, I believe that specialization restores readers’ relationship with the publisher as well, given that they know what to expect and by whom.

Poetry is an art whose expression doesn’t cost much (as e.g. in the case of a professional camera for an aspiring director). It can take form by noting down some simple verses which a person of average intelligence has the ability to produce. As for the over-abundance of poets that is noted lately, it has to do with current adverse conditions resulting in the need for poetic expression. Besides, as is often said, Greeks have poetry in their blood.

What about contemporary Greek literature? Does the new generation of Greek writers have the potential to attract readers both in Greece and abroad?

I was informed that many books by Greek writers translated in French were on display at the recent International Book Fair in Paris. That is more than encouraging. As for the new generation of Greek writers, there are many promising voices both in prose and in poetry. I believe that our era will bring to the fore some great writers. We just have to be patient and leave books do their ‘job’.