Reading Greece: Nathalie Karagiannis on the Imaginaries of the European South

The 14th Thessaloniki International Book Fair (TIBF), an institution that has brought radical change in the field of books and has become a meeting point for all book professionals and fans in Greece, has opened its gates on Tuesday 11 May. This year’s Book Fair focuses on the European South, an undivided landscape regarding literature, tradition, social structure, politics and the economic perception of today’s world. A landscape of affinities and controversies, of common history and parallel narratives. 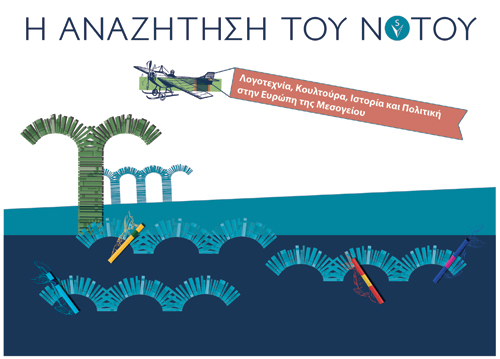 In this context, Reading Greece* interviewed Nathalie Karagiannis whose poetry anthology The Quest of the South “revolves around the twin axes of disorientation and the quest of the South”, and touches upon the themes of “destiny, passage, loss, origin”. She expresses her interest in the “imaginaries of the South, its juxtapositions, its great moments, its great contrasts, its dark light, its intensity”, and comments that the concept of ‘South’ opens up a wide range of possibilities “from a political strategy aiming at the creation or even emancipation of a collective subject to, simply, a horizon, an always-advancing never-attainable limit”.

Natalia Karagiannis (1972) was born in Paris and lives in Barcelona. She studied Law, Political Sciences and Sociology. She has published the poetry collections Σαράντα [Forty] (with Christina Nakou) (Agra Editions, 2014) and Εξορισμός [Exile] (Melani Editions, 2016). She is the editor of the bilingual poetry anthology La busqueda del sur [The quest of the South] (Animal Sospechoso, 2016). 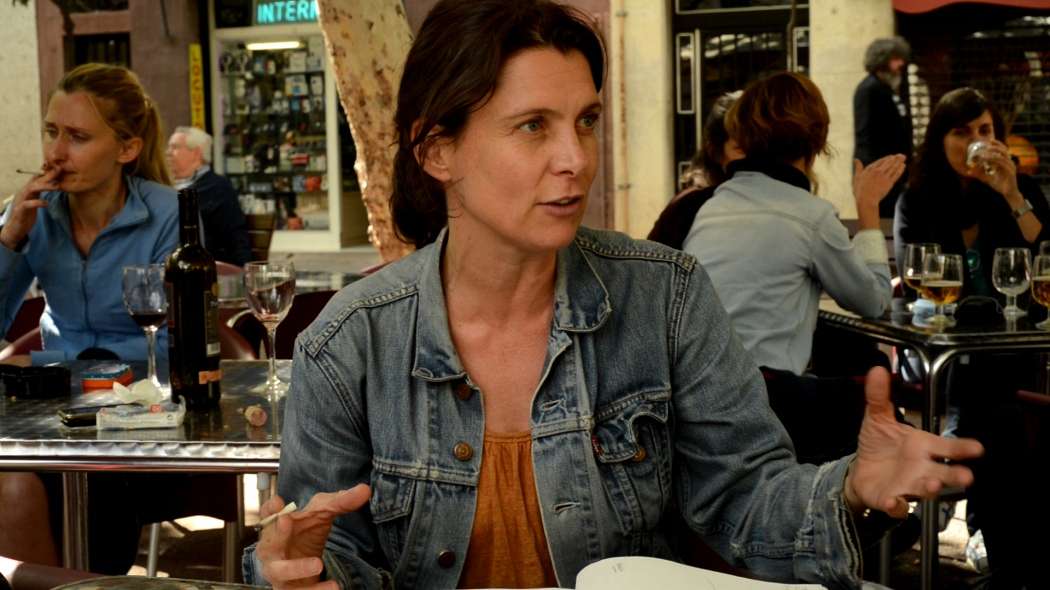 Your poetry anthology The Quest of the South was recently published by Animal Sospechoso. What’s the story behind the book?

The book came as the natural follow-up of a festival of poetry, the Festival of the South, which took place in Barcelona in December 2015. It revolves around the twin axes of disorientation and the quest of the South and is an encounter of poems written in Greek, Spanish, Catalan and French, by poets who come from Greece, Spain, Colombia, Argentina, Russia, France and Belgium.

Destiny, passage, loss, origin. How are these themes dealt upon in the anthology? What is the binding thread of the poems – and the poets – included in it?

The book performs its own theme of disorientation by reversing the normal order of things. It is divided in four chapters, whose titles you mention, performing, as it were, an existential quest the other way around than the chronological one. Destination/destiny gives us the immediate result of the quest – poetry – reminding us that what lies ahead or behind, what is of interest (at once keeping us apart and binding us together), is the quest. Passages (the means of transports, the ways of passing) and losses (death, separations, disenchantment) are the two succeeding chapters and each of them brings us closer to the moving ground which is the very end of all of our quests: the origins – the South and its intensity.

The binding threads between the poems are contained within them: a tingy fruit, a bicycle, the wing of an angel, a bridge, an open car window, the earth, a hand, a cut, a break, a chain, an atmosphere, a regret. In the words or silences of each poem something always, miraculously, gestures to the poem before it and the poem after it.

The European South constitutes a landscape of affinities and controversies, of common history and parallel narratives. Could we also talk about a distinct ‘poetry of the European South’? What are the points of convergence and divergence?

I am not convinced by the concept of the European South, and I certainly don´t think there is such a thing as a `poetry of the European South´. Or to put it differently: I am not looking for it. I am rather interested in the imaginaries of the South, its juxtapositions, its great contrasts, its dark light, its intensity. Theoretically, one can of course perceive in the use of the concept of the 'South' a wide range of possibilities - from a political strategy aiming at the creation or even emancipation of a collective subject to, simply, a horizon, an always-advancing never-attainable limit.

In recent years the interest of foreign readers in Greek poetry has been rekindled, with an increasing number of Greek anthologies being translated abroad. Could you comment on this trend?

Every book that strives to render the incredible vitality of contemporary Greek poetry accessible to a non-Greek readership is laudable. There are many explanatory factors: one is the sheer vitality of Greek poetry itself that, naturally as it were, bursts out of its linguistic barriers; another is the wider and deeper international networks highly educated Greek poets are building; a third one has to do with the side of the demand, so to say: critical audiences world-wide are more attuned to non-hegemonic languages and artistic expression.