Reading Greece: Thomas Symeonidis on Literature, Aesthetics and the Philosophy of Art

Thomas Symeonidis (Thessaloniki, 1977) is a Greek writer living in Paris. He studied architecture, political sciences and philosophy. He works as a lecturer and researcher in the domains of literature theory, aesthetics and philosophy of art. He is the author of a novel (Be my hero!, 2015) and a theatrical play (There also exists, 2017). He translated in Greek Samuel Beckett’s Last Trilogy (2016). 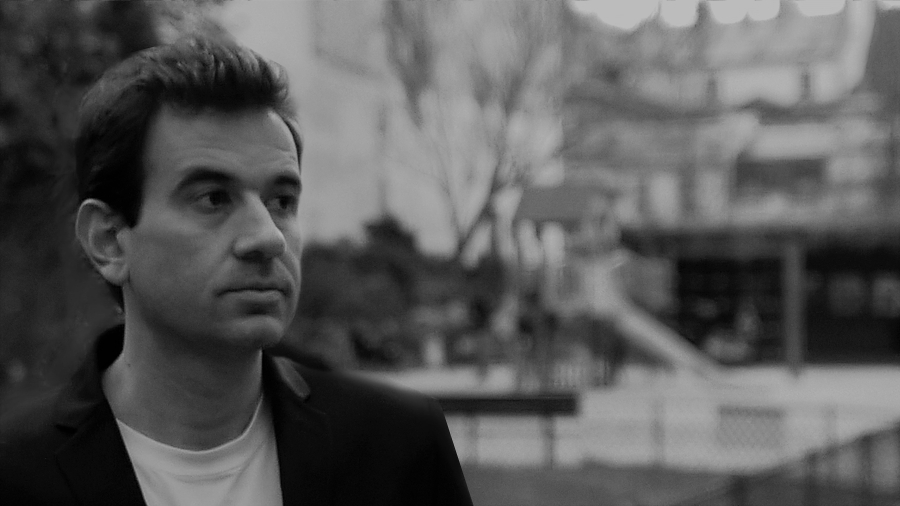 Thomas Symeonidis spoke to Reading Greece* about his most recent book There also exist, a play based on the contradictory relationship between poet Paul Celan and the German philosopher Theodor Adorno, noting that he wanted to “approach the boundaries and differences that exist between poetry and philosophy, between the Poet and the Philosopher”. He explains that, as a writer, he tries to “investigate on a first level, the question of survival in terms of personal integrity and sanity of thought, on a second level, the question regarding the basis for a meaningful life”, and adds that what is of great interest to him is “a pathology of thought, that is, all these forms with which thought can be derailed when it fails to manage reality”.

Your new book There also exists is a theatrical play based on the life and work of poet Paul Celan. Tell us a few things about the book.

The play There also exists is based on the contradictory relationship between Paul Celan and the German philosopher Theodor Adorno, to whom belongs one of the most famous aphorisms of the 20th century: "Every poetry after Auschwitz is barbaric." The dramatic idea of the play is an arranged meeting between them, which never took place due to Celan. Writing this play, I wanted to approach the boundaries and differences that exist between poetry and philosophy, between the Poet and the Philosopher. I also wanted to end up with a voice that would be informed by Celan's life and work: a life marked by the worst moments of history, but also a work on poetry that can be seen as an attempt to confront this specific historical experience. The depth at which Celan dives is unprecedented. The things that haunted him and led him to commit suicide continue to exist as a threat and danger, continue to feed on the most negative aspects of everyday life, thought, action. That's why, beyond my great interest in Celan's life and my admiration for his work, I think that today, especially today, Celan's voice, the voice of the Poet, is a vital vehicle of communication and self-understanding. 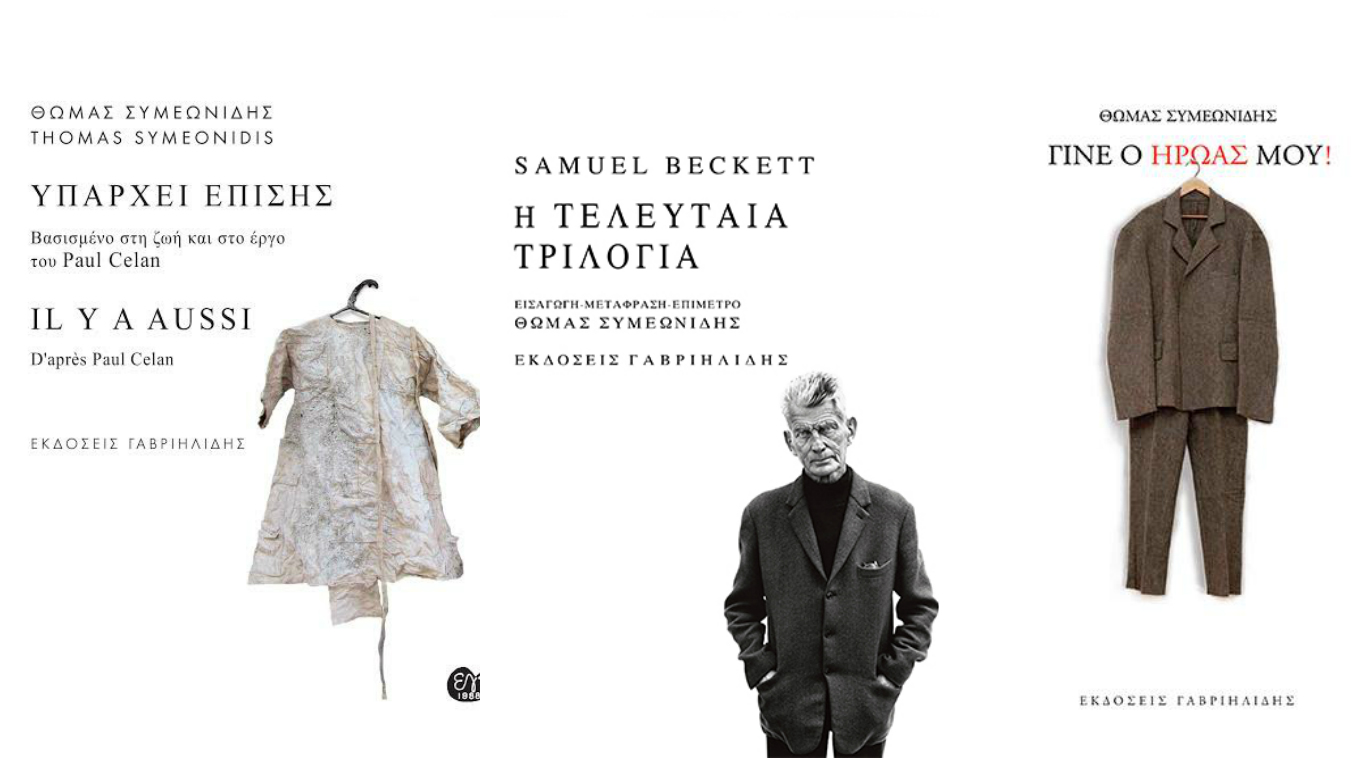 “If there is something common in my main characters that they are constantly in a state of confrontation, struggling not to be crashed by life itself”. What are the themes your writings touch upon?

What I understand as a basic condition of everyday life is a merciless flow of events, information, requests, thoughts, a flow that we are confronted with, every day. And at the same time, we are specified by relations, belongings, origins, in other words, we are defined by a multitude of people and frameworks of reference. Against all these, I try, as a writer, to investigate on a first level, the question of survival in terms of personal integrity and sanity of thought, on a second level, the question regarding the basis for a meaningful life. In my first project, Be My Hero!, through the plot and a highly idiosyncratic narrative, I tried to explore the formulation of new references and by extension the articulation of a rule of life, but more specifically, a rule that would be open and self-conscious In terms of its ideological and subjective origins.

“The pathology of thought in all its various forms, what precedes a foolish action, is precisely where I focus when I write”. Tell us more.

I can see in a daily and interpersonal level how easy the misunderstandings are, how mistaken may be what one believes, how easily we can be guided by the wrong thoughts toward actions, how can we ultimately cause pain, get to the point of depriving one’s life, without even realizing that this is the case. We are witnessing every day that political and social demands continue to be supported through violence, we see the ease with which a multifaceted radicalism is cultivated and channeled into action. In my case, I could say that in my first novel, Be My Hero!, I confronted the questions of illusion, self-deception, as well as, the conflict of different voices and different ways of interpreting thoughts and situations. But more generally, what I see to be of great interest, is what I understand as a pathology of thought, that is, all these forms with which thought can be derailed when it fails to manage reality. 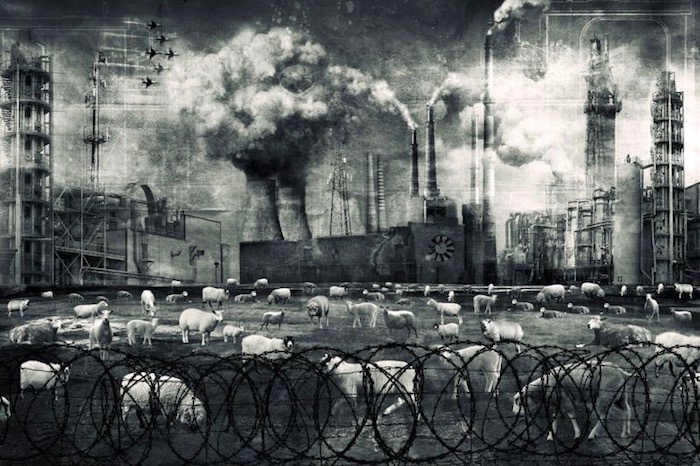 Literary critic Yiorgos Perantonakis argues that during the last few years, novels and short stories written especially by young writers are characterized by a Kafkaesque atmosphere of mystery and danger that edges on dystopia. How do you comment on that?

I believe that the view of Yorgos Perantonakis is correct, given that, in the case of Kafka, we have a particular condition defined by the interrelation of structure, responsibility and guilt. In today's conjuncture, what we can testify, is the failure to define responsibility, both individually and collectively, the feeling of a suffocating subordination, the existence of a debt that is not only defined in economic terms, the inability to integrate oneself and contribute according to her own specific features and abilities. But also, we can testify a situation of permanent fear, as well as, of anxiety. We are confronted with a problematic context of communication (too many technicalities, too many simplifications, too many channels of information), with a generalized insecurity and loss of confidence. Apparently, all these, tied together, contribute to the formation of an atmosphere of mystery and danger. The point at which I feel that I could differentiate myself from Mr. Perantonakis, is the extent to which all these works to which he refers, uphold the view that this situation is permanent, without any positive openings regarding the future.

You have mentioned Samuel Becket and Theodore Adorno’s Aesthetic Theory as a source of inspiration. What’s the relevance of these readings with Greek modernity? And to what extent does the new generation of Greek poets and writers incorporate foreign influences in their work?

I was led to Adorno's Aesthetic Theory and the work of Samuel Beckett, after a long journey. As a writer, I consider literature more in relation to philosophy and thought, than language. I perceive myself as a Greek writer, and this is not only defined by my distinct reference to a particular tradition, but first and foremost, by the fact that I am Greek, the fact that I am defined by a certain history, specific places and people, the fact that I am perceived as a Greek abroad. More generally, my point is that we should not be concerned whether there are Greek or foreign influences on modern prose and poetic production, but rather with the following questions: do we have works that can sustain over time? Do we have works with a reason of existence today? 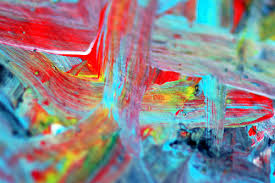 What about the role of literature, and art in general, in times of crisis? Can art offer new ways to imagine what can be radically different realities?

I consider literature and art in general, as privileged domains for reflection. From this point of view, and if we are to define crisis as a general situation of loss of references and orientation, art and literature can in particular direct our gaze and senses to what is spiritually important today. But obviously this is not enough and any connection between imagination and practical politics has its limits. Having said that, I just want to emphasize that there is a lot of work to be done in many different fields, a work that literature and art cannot under any circumstances substitute, but, indeed, can support, and is vital to do so, with their own ways.