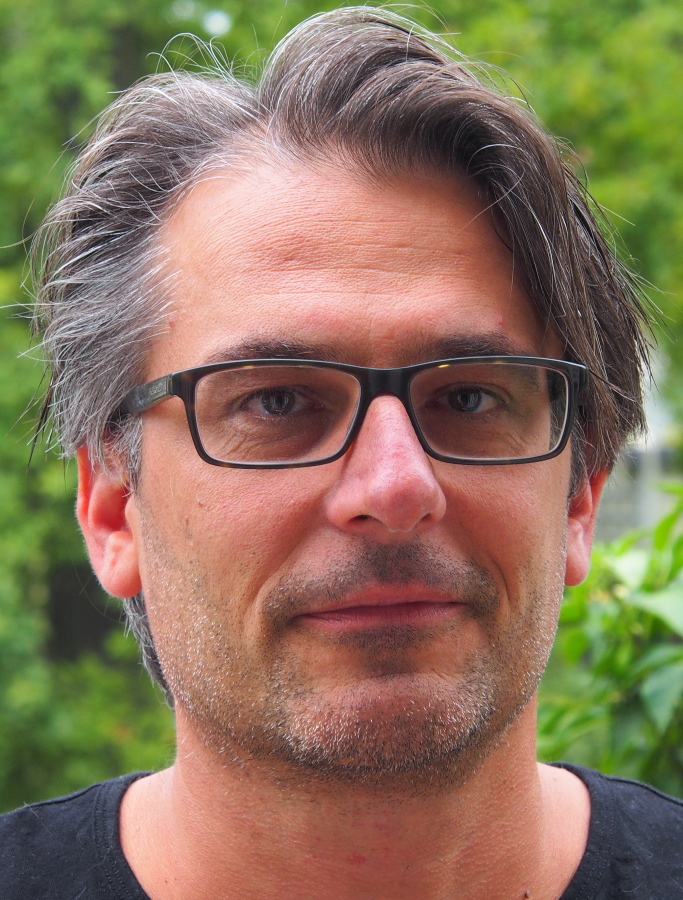 Konstantinos Kosmas spoke to Reading Greece* about the goals and activities of the Center for Modern Greece and more specifically the Edition Romiosini publishing program, noting that "we are mainly working on the basis of cooperations and synergies with other German and Greek cultural and scientific institutions, laying emphasis on networking and information exchange", with the aim, among others, "to create organic infrastructures".

Asked about whether culture constitutes the most effective way of communication and understanding among European countries, he comments that "this is the role cultural exchanges pursued by university institutions and implemented by literary translations are called to play; that is to serve as travel agents that foster communication and cultural exchange as the necessary prerequisites to avoid crises and bridge misunderstandings". He concludes that "the essence of a cultural policy lies in the funding of literature, arts etc., and the necessary financial support that enables the export of the cultural product", and adds that "the role of every new 'generation' of writers is to move beyond the horizon of expectation set by the previous ones and to delineate their own".

Can you offer us an insight into the Center for Modern Greece goals and activities, and more specifically the Edition Romiosini publishing program?

The Center for Modern Greece (Centrum Modernes Griechenland/ CeMoG) has diverse goals: it aims of course to promote the Modern Greek culture to the German audience. Yet we are mainly working on the basis of cooperations and synergies with other German and Greek cultural and scientific institutions, laying emphasis on networking and information exchange. And this is done for a number of reasons, such as our aim to create organic infrastructures. This bridging of knowledge is our primary goal and herein lies the essence of both the Compendium on German-Greek Entanglements, which will constitute a multi-faceted and extensive work of reference, as well as the Edition Romiosini digital library, a publishing program which offers open access for reading and research. The about seventy scholarly, literary and scientific editions that our program comprises constitute a well-documented database on modern Greece.

How easily understandable would you say is Greek culture to a German-speaking audience. What is it that German publishers ask from Greek literature? And, in turn, what do German readers opt for?

Whether the various aspects of a culture become familiar or not depends on the choices you make and the way you present them. In case you opt for folkfore with a pint of exoticism, you may satisfy the needs of a specific audience who asks for prefabricated differences, so as to put the world in specific molds. Yet, when you choose to offer the adventures of the illegal immigrant Andreas Kordopatis in the USA through the writing of Thanassis Valtinos or Achilles' Fiancee, Eleni, through the work of Alki Zei, then Greek migration or the Greek civil war, which are so prone to stereotyping, become situations you can identify with, making Greek history much more familiar and accessible for an non-Greek audience, which is not familiar with Greek history. The same goes for the lifes of those that survived the Holocaust by Rika Benveniste or the Greek political history afther the dictatorship by Yiannis Voulgaris, and not through sketchy, often ill-intentioned, texts. After all, this is what the average reader asks for: not the extravaganza of exoticism and folklore but the acquaintance with a culture which is very close to the German.

Most scholars reckon that the content of a book cannot be separated from the particularities of the language that gave it shape. In this context, where does the role and responsibility of the translator lie? How challenging has it been for you to translate works by Daniel Kehlmann and Hans Enzensberger?

Once again it depends on the translator, who does nothing different from the work implemented by our publishing program or the Center for Modern Greece: to trasfer a cultural product from one geographical/linguistic area to the other in a way that embraces diversity and at the same time does not fake exoticism or foreignness. When, for instance, Kehlmann writes about the Thirty Years' War in German, the translator should of course try to use the Greek that best convey this rather doric German expression, the underlying humor and the diversity of the historical moment. Yet, if the tranlator is unable to convince that the war that took place in northern and central Europe directly relates as a historical event to the Greek reader in that it could easily have taken place in southern Europe as well triggering the same feelings, without reproducing ethnocentric stereotypes of cultural and historical exclusivity, if, in other words, the translator cannot place the work outside the particularities of the linguistic and cultural environment that gave it shape, then he has certainly failed. 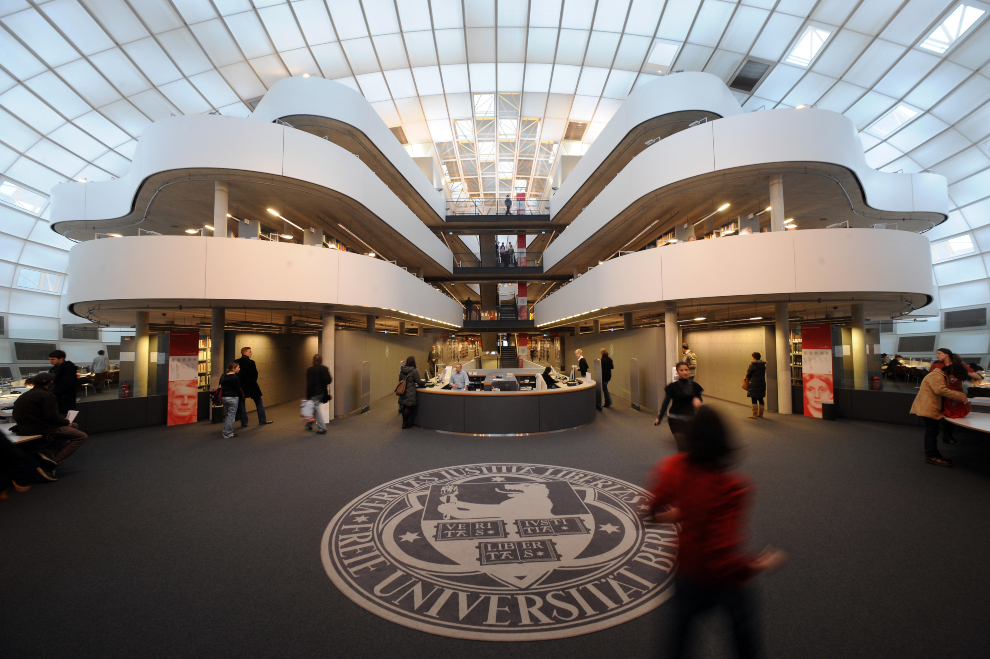 It's not just in times of crisis. Τhe current so-called "easyjet generation" constitutes, in my opinion, save the environmental burden and the tampering with the cities' character and the geographical distribution of their citizens due to the massive influx of tourists, together of course with the "Erasmus generation", the best European investment: travellers and visitors of other universities get acquainted with the civilization of other countries and thus facilitate mutual understanding and communication among the countries of Europe. That's the role cultural exchanges pursued by university institutions and implemented by literary translations are called to play; that is to serve as travel agents that foster communication and cultural exchange as the necessary prerequisites to avoid crises and bridge misunderstandings. It's better to talk with the Other, rather than about the Other and that's exactly the purpose that scientific and cultural exchanges serve.

To use Michaela Prinzinger's words, “what actually continues to restrict Greek literature, despite efforts to become known in Europe and the world, is the legacy of the “Zorbas syndrome”; that folkloristic image continues to exert influence”. How can modern Greek literature be perceived as good literature, without the need for teasers, such as pictures, motifs and folklore arguments?

Let's put it differenty: Without a teaser, a message could be imperceptible. Annoying though it may sound, the stereotype of Zorbas or that of "ancient Greece", whatever the term comprises, constitutes a brand that makes a product recognizable - name a merchant who wouldn't want to have such an asset at his disposal. After all, a stereotype is not a lie but rather part of the various elements that make up an individual or collective subject, and certainly not an exclusivity. In other words, the bet is not to delist Zorbas, but to complement it. Let's have a look at what Amazon does: well, since you are interested in Zorbas and Acropolis (and you have every reason to do so), then you may also well be interested in the Greek poetry of the 21th century collected by Maria Topali, the Jewish Thessaloniki as depicted by Rena Molho or Greece in relation to the state socialism of Eastern Germany, as presented in our two-day conference and recorded in the volume with the conference's papers! 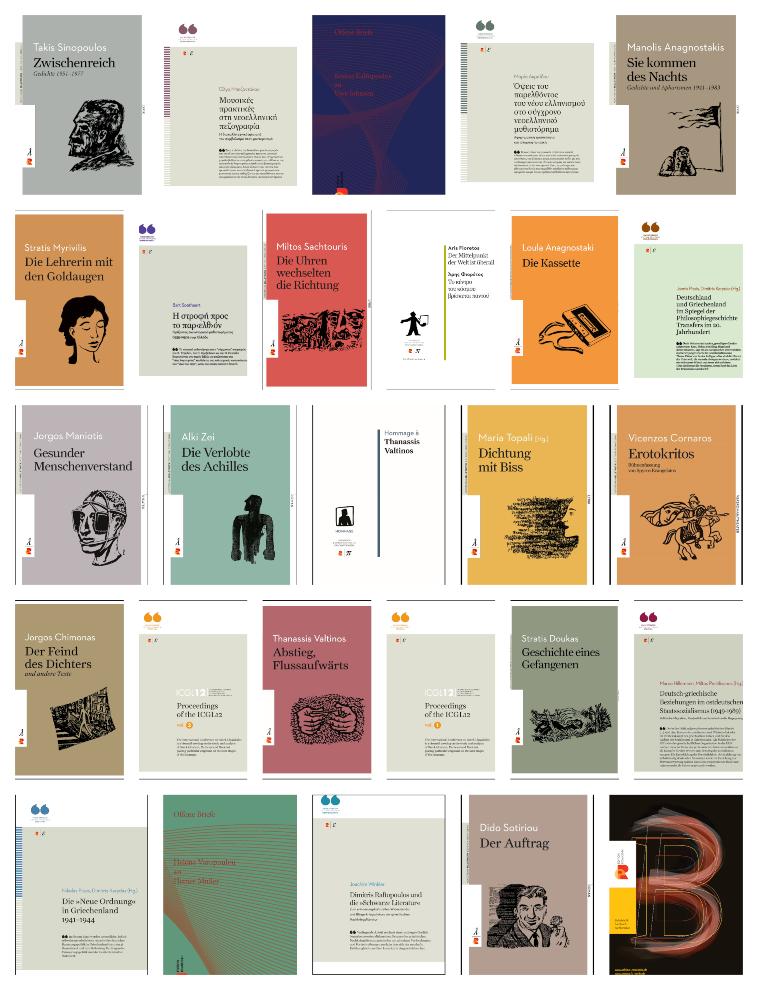 If we exclude post colonialism from the list, I would agree with this argument: indeed the western European canon does not include Greek writers (but the same goes for Czech Republic, Albania, Bulgaria or Tunisia), that is regional linguistic environments outside the canon of Anglo-Saxon and Roman languages; and this selection does not always have to do with quality. Yet, we are also witnessing a trend towards decentralization, outside commercial constraints, an increased interest in what goes on in the periphery; and we owe this to post-colonial word, which, together with the facilitation of information transfer and exchange, have rekindled the interest for Greek writers and scholars. This interest should of course be further strengthened by Greece: The essence of a cultural policy lies in the funding of literature, arts etc., and the necessary financial support that enables the export of the cultural product!

What about the potential and prospects of the new generation of Greek writers? Would it be possible for them to debunk stereotypes and create a new narrative about Greece?

I reckon that herein lies the role of every new "generation"of writers, that is to move beyond the horizon of expectation set by the previous ones and to delineate their own. Violence, either as a nightmare or harsh reality, amorality, crime, the often frantic search for collectivities, save that of family that is identified with failure, and an overall gloomy mood, constitute common traits in the last ten to fifteen years. Yet, trying to tersely define the new narrative about Greece as depicted in the writings of new authors entails the risk of oversimplification and may be unfair for certain writers and literary movements.