Reading Greece: Theo Dorgan on the Myth of Orpheus Amid Greek-Irish Encounters

Theo Dorgan (born 1953) is an Irish poet, writer and lecturer, translator, librettist and documentary screenwriter. He was educated in North Monastery School. He completed a BA in English and Philosophy and a MA in English at University College Cork, after which he tutored and lectured in that University, while working as Literature Officer with Triskel Arts Centre in Cork. He was visiting faculty at University of Southern Maine. A former director of Poetry Ireland, he has worked extensively as a broadcaster of literary programmes on both radio and television. 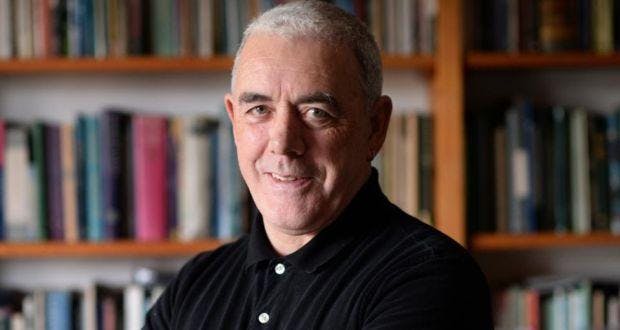 Among his awards are the Listowel Prize for Poetry, 1992 and the O'Shaughnessy Prize for Irish Poetry 2010. He was also awarded the 2015 Poetry Now Award for his fourth poetry collection Nine Bright Shiners. Dorgan’s prose includes an account of a transatlantic crossing under sale, Sailing For Home (2004), another sailing account, Time on the Ocean, A Voyage from Cape Horn to Cape Town (2010), and a novel, Making Way (2013). His libretto Jason And The Argonauts, to music by Howard Goodall, was commissioned by and premiered at The Royal Albert Hall, London, in 2004.

On the occasion of the launch of the Greek translation of two of his poetry books which are intimately related to Greece, Greek (2010) and Orpheus (2018), in one volume called Ελληνικά (To Rodakio Editions), masterfully translated by Socrates Kabouropoulos, Theo Dorgan spoke to Reading Greece* about his poetry book Οrpheus, in which there is a fascinating interweaving of the life of modern-day Orpheus with his mythical counterpart, also explaining his decision to use the Sapphic form as the language of his poetic expression. He comments on elements of historical continuity from Greece’s mythical past to the country’s modern reality, as well as on the main points of converge and divergence between the Greek and the Irish culture.

You have much travelled in the realms of ancient Greek world, with Sappho's Daughter in 1998, Jason and the Argonauts in 2004, Greek in 2010 and your latest venture Orpheus in 2018. What is that has drawn you to ancient Greek mythology? How do you feel that after so many years you have travelled in Greece, two of your books are for the first time being translated into Greek?

Well of course I feel honoured, as one always should when a translator devotes so much of their time and skill to carrying one's words into another language. It's an act of faith in the original work, a vote of confidence one might say, in this case on the part of a fine poet, Socrates Kabouropoulos, whom I know and trust. 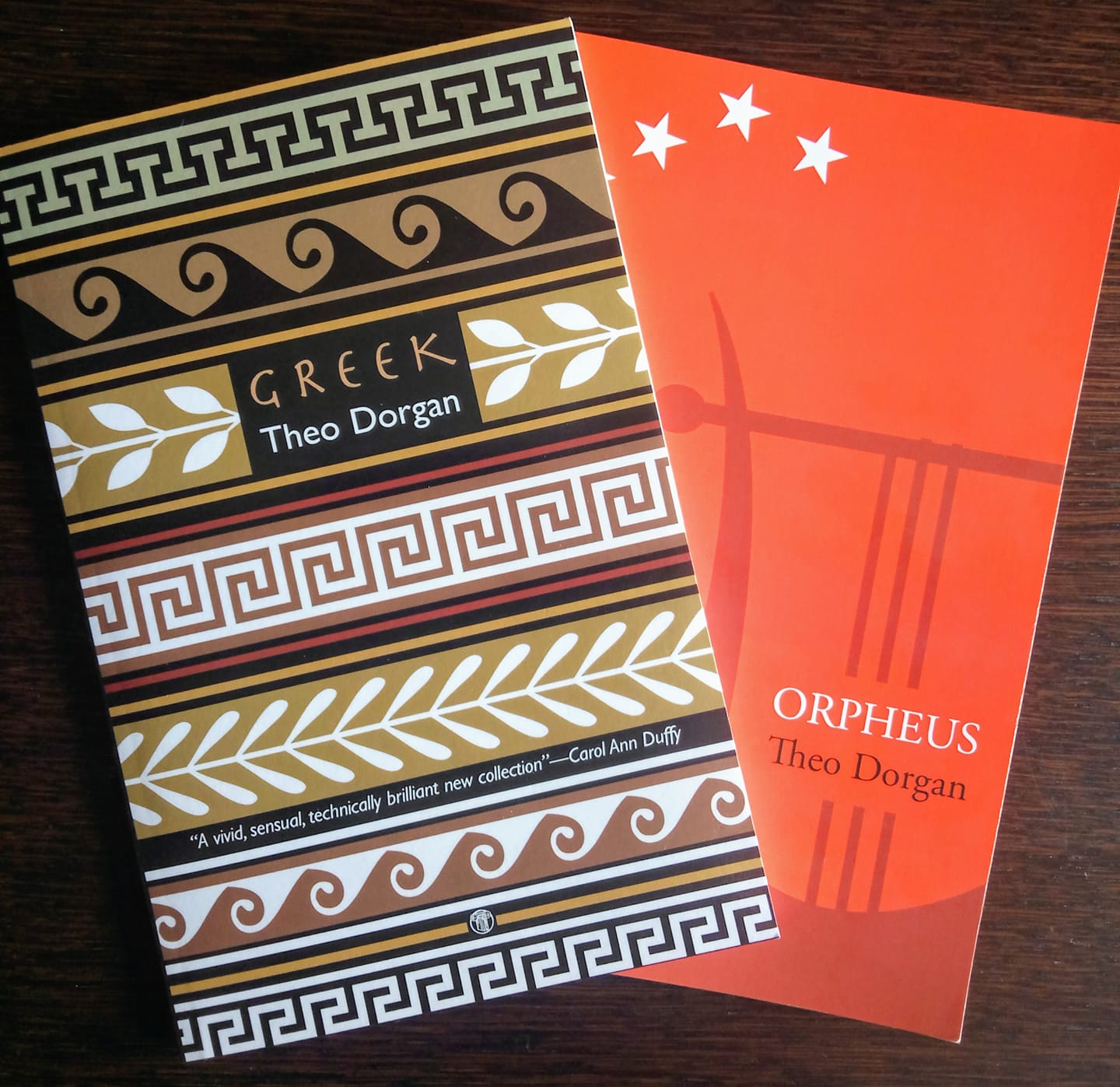 In Orpheus, there is a fascinating interweaving of the life of modern-day Orpheus with his mythical counterpart. Tell us a few things about this contemporary ‘part-drifter, part-troubadour, part-lover’ Orpheus of yours.

The lyric impulse in our time, the Orphic impulse you might say, searches out not just poets but singer-songwriters also, reprising the ancient connection between word and lyre. It can be difficult for a young and gifted musician, to trust that impulse, to seek out her or his own original voice. So much easier to sing another person's songs. The young man in the first part of ORPHEUS fails at first to recognise the gift that his woman companion sees in him. Only when she leaves him, when his heart breaks, in effect when she gives up on him, does he find his own true voice. Everything in our culture at present conspires to drown out the lyric imperative, and perhaps she despairs of this circumstance, but he finds his way at last, although at the expense of losing this early love.

What about language? What made you chose the Sapphic form, “in English, one of the most challenging of poetic forms”, as the language of your poetic expression? And in general, what role does language play in your writings?

Technically, perhaps idly, I thought it might be interesting, to see if an archaic Greek metre could be made to serve in English to bridge the gap between early Orpheus and the present moment. So I wrote the first poem in the first sequence as a kind of exercise, as I thought. I was very surprised when the thing caught fire and raced away by itself! As to language, each poem as it arrives insists on its own right register. For me, the poem always speaks itself, so I have to be as alive as possible to the many registers in which the poem may demand expression — the music and mood of words, their histories, colours, and etymologies. In general, looking back on my own work as best I can, I can say that what I have been doing is putting plain speech under pressure to disclose its colours, moods and tones, its inimitable music.

In his review of the book, David Toms supports that “it is clear that in this poem Theo Dorgan is thinking about what is to be a poet, to be a creator”. Could the poem be read as an allegory where Orpheus’ death is a representative of a death for all artists?

No, I think the whole point is not the death of Orpheus but his ongoing and continuous rebirth, everywhere and (so far) always. I observe with fascination the stubborn refusal of lyric insight to be bullied into silence by misplaced rationalism, by economism, by cynicism, by despair. 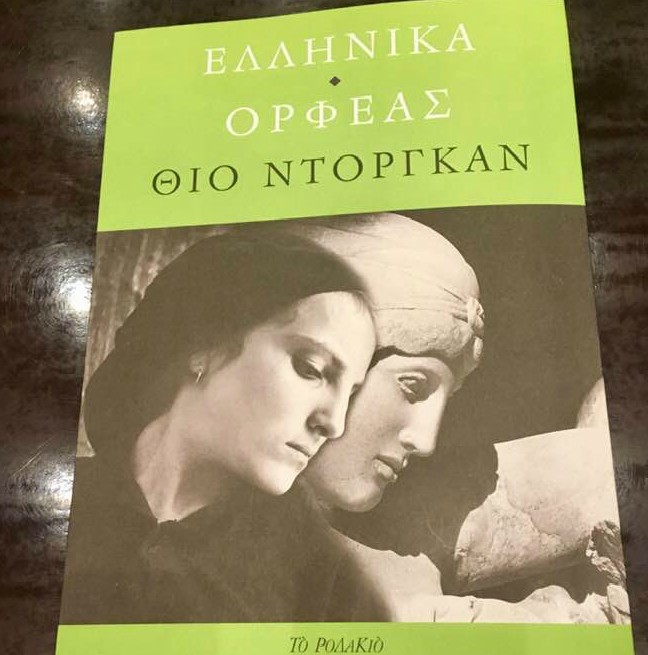 “Mythology comes from a sophisticated pre-literate society, as a way of centring the core experience of being human. It’s not myths that are intimidating, but the posing around them”. Tell us more.

Perhaps not so much the posing as the insistence a single, dominant, version of the myth. I keep coming back to the story of Orpheus and Eurydike, for instance, but I have come to understand the central event in a new way. In a patriarchal society, it seems obvious that it is the duty of Orpheus, as a man, to go down into the underworld to rescue Eurydike — it is a question of honour as much as love, masculine honour. But, what if we have it wrong, what if it is the absolute right of Eurydike to return, of her own volition, when she is ready to leave? In that case, Orpheus, involuntarily or not, is usurping her right as a free woman to dispose of her destiny as she sees fit. It is not so much that my version of the story is the 'right' one, but that mine is a valid interpretation of the myth. The architecture of the myth, and this is what gives myth its power, is such that it can sustain different interpretations while remaining itself unchanged. Myth speaks to the unchanging set of predicaments that humankind must confront; what changes, what must change, is the version we choose in accordance with our particular understanding at a given moment in history. To put this another way, the extraordinary nature of myth is that it remains unchanged in its essential truth even as our gloss on the basic narrative is constantly in flux, even to the extent that the myth can sustain contradictory versions of itself without strain.

A poet, prose writer, documentary screenwriter, editor, translator, librettist and broadcaster. How do you find the transition from one form of writing to another?

Each different kind of writing expresses itself in the psyche as a kind of liberation — writing prose seems a relief from the tensions of poetry into a more expansive space, writing poems presents as a welcome turn towards concision from the sprawling terrain of prose, and so on. The form makes a different demand in each case. The trick is to bring a respect for prose to prose, for poetry to poetry, a professional humility to translation, a respect for the imperatives of the visual to screenwriting, and so on. That, and to hold your nerve; to consider each new work an adventure in itself.

Being Greece's long-time friend, would you say there are elements of historical continuity from its mythical-poetic past to the modern reality of the country and its people? How has the narrative changed over the years?

The past is never cancelled or superseded, it endures into the ever more complex present to the extent that each individual chooses to be aware of it. The idea of the warrior, of the resister, of integrity in the individual and mutual interdependence in the polis, this comes down to us from the archaic world, but of course it is always an evolving understanding. So, too, and crucially, does the understanding that humans are story-telling creatures come down to us, the understanding that we constitute ourselves in the stories we tell of ourselves. Of course, in the mythical-poetic past of Greece, the dominant narratives are of war and warriors as much as they are of a slow-growing idea of democracy, for instance, and these are hardly available to modern Greece in any simplistic way — never mind that Leonidas and his stand against the might of the Persian army was so often invoked in Greece's attempt to hold back the forces of the Troika and the IMF! Perhaps the most profound change in the set of master narratives, and this is true all over now, is that the rights of women to be heard and to act as full and free human subjects are finally in the process of being acknowledged. This is, in a way, the most profound rupture with the narratives of the past.

Greece and Ireland: Where do the two cultures converge and which are the main points of divergence?

I think that both cultures still have a significant oral tradition, a significant place in their societies for writers, poets and music-makers; we share a lively sense that the past informs the present, just as we share a deep suspicion of political authority, but perhaps the Irish are more willing than are the Greeks to see a connection between the taxes we pay and the public services we can reasonably hope to enjoy. Both the Irish and Greek economies are heavily dominated by transnational capital, and both are struggling to keep alive a distinctive national cultural identity while remaining open to international trends and actors. The Greek church, it seems, is still a powerful force in the country, in a way that the Catholic Church in Ireland used to be but no longer is. Both the Greek and the Irish diasporas remain powerful, while nett emigration of young people from both of our countries remains a regrettable constant. Perhaps the principal social and cultural difference between our two countries is that our native Irish language seems on the verge of extinction, though fighting a valiant rearguard action, while the Greek language continues to occupy a vibrant ecological niche in the European family of languages. It is a matter of considerable regret to me that our literatures are not, by and large, open to one another. If Greek authors are available to us in Ireland, it happens only if they are published in the UK or the USA; equally, almost the only Irish authors translated into Greek are those with UK or American publishers. Both Ireland and Greece are life-affirming cultures, we need to find new ways of sharing our common humanity in the face of neo-liberalism and the reduction of our free societies to spiritually-dead economies.