Reading Greece: Mihalis Makropoulos on Literature as a Means to Narrate Human Adventures and Personal Quests

Mihalis Makropoulos was born in Athens in 1965 and studied biology at the University of Athens. He works as a translator of fiction and non-fiction (having translated, among many others, Ernest Hemingway, John Steinbeck, Truman Capote, Henry James, Charles Dickens, Joseph Conrad, Saul Bellow, Ray Bradbury, James Ellroy, John Le Carré, Robert Macfarlane). As an author, he has published eleven books for adults (novelettes, short story collections, a travelogue in Epirus) and four books for children. Since 2010 he has been living in the island of Lefkas with his wife (also a translator) and their two kids, and in July and August at a small village on the Greek-Albanian border. His novelette Spourgito (Sparrow) was nominated for the National Literature Award and his novelette Mavro Nero (Black Water) was awarded with the prestigious “Anagnostis” prize for literature. 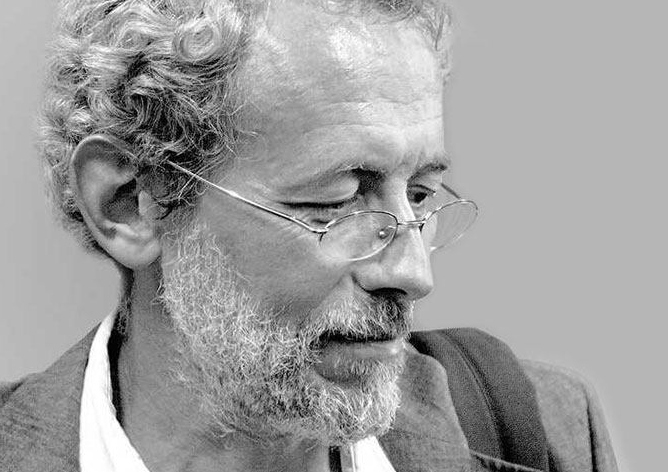 Mihalis Makropoulos spoke to Reading Greece* about his latest book The Sea, “a story of destruction and rebirth”, when the sea is “both an end and a beginning; a destination, but also a point of departure”.  He also discusses Black Water, “outwardly, a novella raising ecological concerns”, which focuses on “the love between its two protagonists, Father and his invalid son…who struggle to survive among deserted villages and wild mountains”, while he also comments that a recurrent theme in almost all his stories, is that of the “stranger in a strange land”.

You have characterized your most recent book Η θάλασσα (The Sea, Kichli 2020) as a story of destruction and rebirth, an elegy for small things that are lost, and a journey to self-awareness. Tell us a few things about the book.

The Sea was written in a way that may sound “unorthodox”, but which for me is rather usual. I wrote the first paragraph without having in my mind anything particular, just the feeling that is given by Andrei Tarkovsky’s Polaroids and film stills (and, indeed, in the subterranean city where my anonymous heroine has taken shelter together with a few other survivors that have a mutation in six genes, after humanity is destroyed by a virus released from an ancient meteor uncovered as the sea ice melts, she watches three films by Tarkovsky –The Mirror, The Sacrifice, Stalker– and Chris Marker’s La Jetée).

The way the story is told in La Jetée, not linearly but with a continuous backward-forward movement in time, is the way I narrate my story in The Sea. And, yes, it is a story of destruction and rebirth. Humanity is destroyed and is reborn by the sea (“by” in a two-fold way: causal and spatial). My heroine, flooded with memories from her life in a small village, with all the insignificant things that are the only things that matter when they’re lost, leaves the subterranean city with her mate, another girl, and they travel towards the sea, which finally in my story is both an end and a beginning; a destination, but also a point of departure.

Which are the main symbolisms that your Sea is laden with?

First of all, the sea itself: a symbol of femininity, of maturity, of the unknown that is both feared and coveted; a symbol of an end and a rebirth concurrently. My heroine, when she’s nine years old and has never yet seen the sea, comes across a stone up on the mountain, with an ammonite fossil in it (a message from an ancient sea), which has exactly the same shape as the meteorite that’s being uncovered when the ice melts (with the virus embedded in it like the ammonite fossil in the stone; “A sea like this, but of the greater world, must have passed once by our small world and left the meteor behind”, says my heroine to her companion during their journey, “with another ammonite in it, incomprehensible for us, because we are as I was when I found that stone on the mountain”).

Then there is the symbol of the key (Freudian; and again a symbol of maturity, of discovery, and of liberation when you lock things behind): the key of the heroine’s family house, found intact, hidden under a stone by the girl’s mother, when the two companions pass by the empty house on their way to the sea, and then the key found rusted in a ruined house covered by the sea, when the girl manages to overcome her fear and dive to the bottom, at the end of my story. In The Sea, the recurrent symbols and images as leitmotivs are dense, used in a poetic way.

Μαύρο Νερό (Black Water, Kichli 2019), which recently received the Anagnostis Award 2020 for Best Short Story, may be read as “a novella raising ecological concerns, but it is more  a kind of hymn to one’s home place and the special way of living this place dictates”, to use Yiorgos Perantonakis’ words. How would you describe the book?

Outwardly it is, of course, a novella raising ecological concerns, since the story takes place in a wasteland on the Greek-Albanian border, following hydrocarbon extraction operations with a method like fracking. But the true heart of the story is the love between its two protagonists, Father (anonymous and with a capital F) and his invalid son Christophoros, who struggle to survive among deserted villages and wild mountains. From the 250 inhabitants that once lived in Father’s village, only twelve are left, elderly or middle-aged but grown prematurely old; the only young villager is Christophoros. They live surrounded by memories and things of deceased loved ones, themselves not different from ghosts, from the dead in the village cemetery, when they gather to bury a villager who committed suicide.

The feeling of my story is similar, somehow, to the feeling one has when they read Juan Rulfo’s Pedro Páramo; and there is something reminding (again) Tarkovsky’s Stalker, when Father, with Christophoros on his back, is visiting the abandoned small churches around the village and on the mountains; and on their trips they’re surrounded by a nature both lush and poisonous, with rusted remains (pipes, oil well pumps) left behind when the extraction operations ended. The villagers are offered a chance to move into impersonal prefab houses, by a State whose every face is hostile, but for the people in my story one’s home is where one’s dead are buried.

Since your first book in 1996, what has changed and what has remained the same? Would you say there are recurrent themes of reference in your books? What role does language play in your writings?

Most things have changed; first of all the language: unskillful in the beginning, it has been honed with great effort; with the purpose of attaining poetic simplicity and precision. And my job –I’m a translator of fiction and non-fiction books from English into Greek; never the opposite– has helped me a lot, teaching me what to aim for (some writers as Hemingway, Capote, Henry James, Conrad, to name just a few whose works I have translated into Greek, were each one a masterclass for me), but mostly what to avoid (needless complexity, overexplication).

And, indeed, there is a main recurrent theme in my stories; that of a stranger in a strange land. In O’m (the story of a hunter 40,000 years ago, who, when he breaks his leg, is abandoned by his tribe in a cave during winter), in Judas Tree (the story of a 50 years old man who, after a bitter divorce, returns to his hometown and gets obsessed with revealing the truth about the killing of a young Albanian prostitute who reminds him of his daughter); in almost all my stories there is this recurrent theme of the “stranger in a strange land”.

“I regard literature with ‘ulterior motives’ as bad literature…if literature serves a cause, it should be its story and characters and not the ideology or the political views of its writer”. How does literature relate to the world it inhabits?

Literature relates to man and to the world man inhabits. That’s why Homer is relevant today, that’s why the Greek dramatists are relevant today, that’s why the New Testament, Shakespeare, Dickens, Dostoyevsky, Tolstoy, Balzac, Don Quixote, Moby Dick, are all relevant today. Behind every “ulterior motive”, every ideology or political view, there is man and his age-long agonies, dreams, fights, plights, self-deceptions and self-fulfillment. If I serve the former, I say nothing about the latter; it’s like I am asked to describe a physiognomy, and I choose instead to describe a mask. If a character in one of my stories serves an ideology (it seldom does, since I have to like my characters and have something in common with them, to write about them; and I don’t consider this as a pro but as a con of mine), I cannot of course ignore this ideology; but, even if he (or she) serves it, I serve him or her as well. 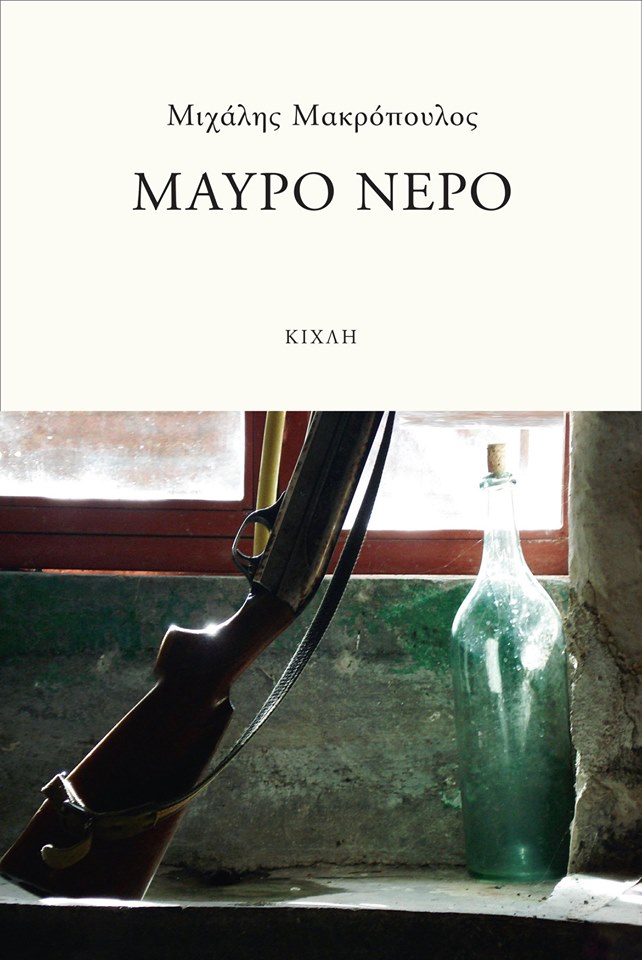 I think it’s true, for two reasons. Greece has got good novelists of course, but not a solid tradition in the form of the novel (which is mostly urban, middle class); not a “school” like the Russian, the French, the English, or the German. On the contrary, in the short form it has got its own unique school (Mitsakis, Vizyinos, Papadiamantis, Theotokis, etc.), in a constant dialogue with modern Greek poetry, and visibly or invisibly connected with the tradition of the Greek folk song and backwards as far as the Greek tragedy.

Yes, it is the exception, and no, I think it couldn’t be otherwise, especially in poetry, but in prose too; with Greek readers being limited and split between Greek and foreign literature, and with Greek literature being mostly unpublished abroad. Maybe this –to return to your previous question– is one of the reasons Greek writers sometimes are more inclined towards short form: working hard to earn a living, the time they have to write, as much as they long for it, is limited, if not non-existent. Brevity not by option but by necessity… (which is not always a bad thing; necessity can be an ally in one’s struggle to find what’s essential and what’s not).