Rethinking Greece: Dimitris Christopoulos on human rights as a political struggle for emancipation and peace 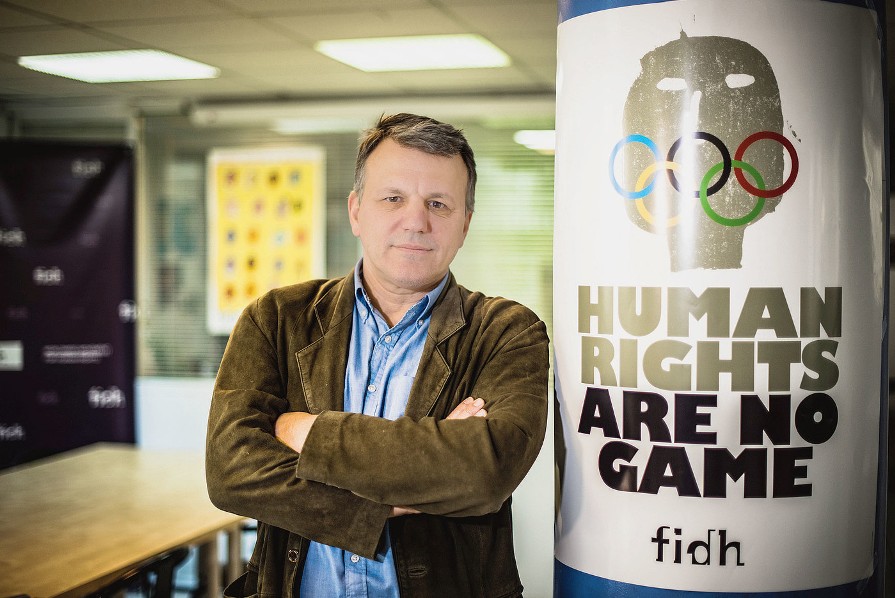 Dimitris Christopoulos is Associate Professor of State and Legal Theory at Panteion University of Athens and the President of the International Federation of Human Rights (FIDH). Christopoulos was elected in this position on August 2016 by the 184 member organizations of FIDH during their 39th Congress in Johannesburg. He had chaired the board of the Hellenic League for Human Rights from 2003 until 2011 and served as the Legue's Vice President from 2011 to 2013.

FIDH is an international human rights NGO, founded in 1922 and federating 184 organizations from 112 countries with the aim to defend all civil, political, economic, social and cultural rights as they are set out in the Universal Declaration of Human Rights. In his first speech as FIDH President, Christopoulos highlighted:"The issue at stake is the core of politics: the struggle against inequality, the struggle for altering the power structure in favour of the weak, in favour of the rule of law, in favour of our own vision for a just world."

Professor Christopoulos spoke to Rethinking Greece* about the emergence of a "post-fascist" style of governance in many countries; the importance of a total reconfiguration of EU political structures; the negative effect of the economic and refugee crisis on political and human rights in Greece and Europe and the need to persist on the project of relocation and resettlement of refugees within the EU -instead of creating buffer zones in the periphery. Finally, he stressed that we must remain vigilant and fight back for human rights, especially at a time when cynicism is disguised as realism and human rights are viewed as a luxury.

As FIDH president you have a global overview of the state of human rights. What would you consider the most important issues facing the world today?

This is a question I should have got used to answering but nonetheless, every time I face it, I do not have an easy answer. What I would say is that along with old fashioned authoritarianism, which makes the lives of citizens and human rights defenders unbearable, in our days we witness the emergence of a ‘new’ governance style that I could call post-fascist: it is not traditional fascism, yet it shares with it the basic premise of far-right ideology, which is a genuine disregard for universal human dignity. This is what unites completely different or even opponent political regimes.

So, you believe that this is not a localized trend but a universal one?

I argue that if we regard this drift as something relevant only to underdevelopment and retardation in a classic Orientalist stereotyping approach, things could get worse. A historical recipe for the success of such ideologies is that you think that “it can’t happen here”; and when it happens, it’s already too late. The damage is done and you need triple the amount of work to pick up the pieces. See what is happening in Turkey: we are talking about long lasting events that come to determine the nature of a regime, not conjectural changes.

Yes, but one could argue that Turkey was never a full democracy.

Indeed, but what would you say about Austria, where the extreme right candidate got 49% of the vote? How about Trump’s USA and Putin’s Russia? What about Poland? Of course, we are all relieved with the result of the Dutch and the French elections, but if the message we get is that “no worries, things are going well”, then I am afraid that our complacence is not far from stupidity. I wish I could be more optimistic, but what I see is, on the one hand, panic – after Brexit for example – and on the other hand, naive enthusiasm, like after Le Pen’s defeat in France. If we really want to move forward, panic and enthusiasm are not good advisors. We really need to see what makes people turn to these post-fascist solutions. We really need a total reconfiguration of political structures in the EU for example. Not simply “reform” them. The term “reform” today has been so extensively cannibalized that it is actually better to forget it. 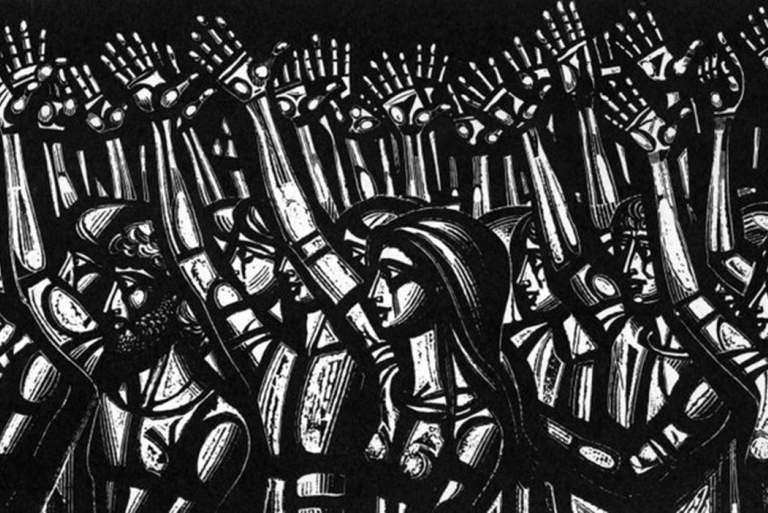 Let’s talk about Greece then, which is really undergoing severe reforms. Has the economic crisis in Greece had a negative impact on human rights?

That the ‘crisis’ has contributed to the downgrading human rights standards in Greece is no novelty. The FIDH has already documented that in a report made jointly with the Greek League for Human Rights in 2014. If I might summarize it, I’d say that you can’t expect to shrink social rights without touching political rights and then, finally, violating individual ones. This is what happened in Greece. Cuts in education and health for example, lead to downplaying the role of the Parliament in decision making: laws passing with presidential decrees and emergency procedures have trivialized the role of the legislature in favour of the executive and the institutions of Greece’s creditors.

At the beginning of the crisis and up until 2013, social protests lead to abusesby the state: shutting down Greek Public television and radio in June 2013 has been the most illustrative example of this. Have things changed since then?

Yes and no. The main difference is that the fatigue of Greek society is such that people do not protest as they used to. “Crisis” is not seen as such anymore in Greece. It has become the new regime, the new normality governing our lives. What was once exceptional became the norm. At the beginning we regarded crisis as a V: you are up, you go down and then up again. Now, crisis is perceived as an L: you go down and then you continue down on this line. The generation of my students or my children does not view the current situation as a crisis: for them, that is life. Salaries of 480 Euros, unemployment at 20%, no prospect of a pension; these things are simply regarded as normal; harsh to admit, but true. Things will improve, but they will not be good.

You do not seem to be very optimistic...

I am a realist who hopes and works to change things acknowledging how hard this is. I stand for ‘Hope without optimism’, the title of Terry Eagleton’s last book. Hope is an existential position of fighting back for our rights. Hope is not naive voluntarism. It must be a vision and a strategy. Otherwise, we lose.

In 2015, in the turmoil of the financial crisis, Greece starts to deal with another crisis, that of the refugees. What has been its impact on human rights?

The impact differs according to the time period. In 2015, the Greek policy of letting people in was the only solution to face the humanitarian crisis. It would have been impossible for Greece to do otherwise without considerable casualties in terms of human lives and rights. Yet, now things have changed. After the closure of the Balkan corridor and the adoption of the “Common Statement” between the EU and Turkey on managing migrant flows, the islands in the Eastern Aegean have become a buffer zone, so that people won’t make it to the North of Europe. Unfortunately, the Greek government has accepted this.

You have strong views against the EU-Turkey statement on migrants and refugees.

I know that as long as Germany is convinced that the only solution is this “deal” with Turkey, Greece will have a hard time dealing with the issue. On the other hand, the situation is unbearable. Despite the enormous sums spent in Greece on the ‘refugee question’, the results are poor. On the one hand, the Greek administrative chaos has become a nightmare for all those working in the field. On the other, this chaos is in convenient complicity with the political objective of the EU, which is to stem the migrant flows. As FIDH President, I am convinced that such “deals” that externalize refugee and migration management to the EU periphery create very toxic precedents. The rich ask the poor to contain the poorest. And then the nightmare begins. See what is happening in Libya. We found a failed state with an absolute disrespect for human rights to do the dirty job of keeping African migrants and refugees out of Europe. How shameful...

What else could be done?

The dominant EU discourse wants to persuade us that there is no other viable solution. “We are not that proud of it, but what else can we do? If more refugees come, then right-wing extremism will rise”.

Yet, as I keep on saying, if we keep out refugees and migrants in order to avoid the rise of the far right, we ourselves become the beast we are fighting against. What could be done is what timidly started in the summer of 2015: relocation and resettlement within the EU so that all member-states carry a proportional responsibility. This is European solidarity. This is what solidarity to persecuted people means. This is what taking rights seriously means. 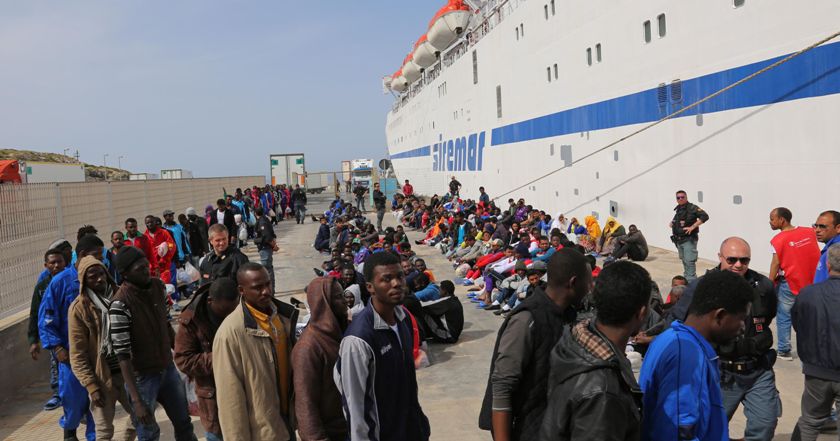 Nation-states can both uphold and undercut human rights, so a wider political order is needed to guarantee those rights. What is the role NGOs such as FIDH can play in that political order?

When Marx wrote that “The philosophers have only interpreted the world, in various ways. The point, however, is to change it” he did not mean that we should not interpret the world. He meant that only if we are able to interpret the world we might be able change it. The role that organizations like the FIDH have in this process is to provide tools for understanding and change. That is why I insist on both our vision and our strategy. It is not only about moral principles. Fighting for rights is an ongoing political project for human emancipation and peace. Otherwise, “no justice, no peace”: old motto...

After one year as FIDH president, do you believe that human rights overall are in retreat around the world? What do you perceive as the biggest threat against human rights today?

There once used to be a narrative: things would get better and better. According to this narrative, the world would always move forward, in the right direction. It is like a classic Hollywood scenario: some suspense, but at the end the good guy wins. This is the essence of liberal or communist determinism. Well, history is nothing like a happy end movie. History is by definition full of open questions that might turn into nightmares. And particularly in fluid times of transition such as the one we are living in.

Some would argue that we can learn from history, but I am afraid it is not so simple. If we could learn from history, we would have learned already, but this is not the case. The biggest threat against human rights today is the very idea that rights do not matter anymore, that what matters is effective governance that provides security. This is what unites Trump with Putin for example. This perception regards rights as an unreasonable luxury. Human rights defenders are treated as internal enemies or, at best, as Don Quixotes. The biggest threat and challenge to the global movement for human rights is this cynicism disguised as ‘realism’; fighting back for human rights, as we say in the FIDH, means deconstructing this narrative. We are neither Don Quixotes, nor victims. Human rights defenders are protagonists of history.