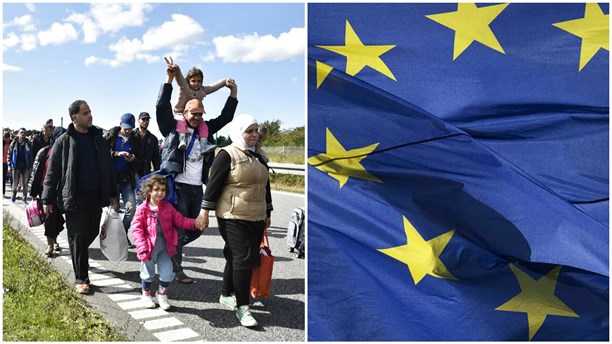 At an event taking place, today, in Athens, at the Representation of the European Commission in Greece, European Commission Vice-President Ms. Kristalina Georgieva, in charge of Budget and Human Resources, is launching the rent subsidy accommodation scheme in support 20,000 refugees in Greece, by signing a Common Declaration with the UNHCR. George Okoth-Obbo, UNHCR Assistant High Commissioner for Operations, and Ioannis Mouzalas, Greece's Alternate Minister of Interior and Administrative Reconstruction responsible for Migration Policy, will represent the UNHCR and the Greek government at the event.

In a statement ahead of the event, Panos Carvounis, Head of the Representation of the European Commission in Greece, said that – following Greece’s decision last week to implement important measures in order to get material support from other Member States, as well as reinforce its operational capabilities on land and sea borders – the Commission is determined to face up to this unprecedented crisis in modern European history by signing a Joint Declaration between the European Commission and the UNHCR in collaboration with the Greek government, thus deliveringon the commitments made at the recent Western Balkans Meeting.

The 3rd Annual Conference of the Crisis Observatory of the Hellenic Foundation for European and Foreign Policy (ELIAMEP), titled “Economic Governance and Democratic Legitimacy in the European Union”,will take place on Wednesday, December 16, at the French Institute in Athens, Greece.

In the first part of the conference, eight papers that were distinguished in the Young Scientists Academic Paper Competition of the Crisis Observatory will be presented, while in the second part of the conference, a roundtable discussion on “Economic Governance in the EU: Challenges and Perspectives” will take place. Participants include Iain Begg (Professorial Research Fellow, European Institute, London School of Economics and Political Science), Zsolt Darvas (Senior Fellow, Bruegel), Stefano Micossi (Director General, ASSONIME, Professor, College of Europe) and Nikos Christodoulakis (Former Minister, Professor, Athens University of Economics and Business).

The conference will be followed by ELIAMEP’s 2015 Annual Lecture, in which the chief economics columnist - commentator of the Financial Times and internationally acclaimed author Martin Wolf will be the keynote speaker, focusing on whether “The Euro Crisis is Over? And What About Greece?”

The 9th Annual International Conference on Business and Society in a Global Economy, organized by the Business Research Division and the Economics Research Unit of the Athens Institution for Education and Research (ATINER) will take place in Athens, Greece, from December 17 to December 20. The conference aims to give participants an opportunity to present their work to academics and researchers from different disciplines. Papers are considered from all areas of Business, Social Sciences, Arts and Humanities.

ATINER’s mission is to make Athens a place where academics and researchers from all over the world meet to discuss developments in their discipline, present their work and exchange views. Some of the issues to be discussed at this year’s conference are the “Globalization of Ethics”, “Social Entrepreneurship in an Unfamiliar Culture” and “Environmental Tourism Development”.