Until now, the treatment of very difficult brain cases, such as giant aneurysms, arterial stenosis or tumors would lead most Greeks to seek help in large private hospitals. In the island of Lesvos, currently under the spotlight for the immense flow of refugees arriving in its shores daily and also for the tragic stories of the people who drowned while trying to reach Europe, a breakthrough procedure in the field of neurosurgery brings hope and optimism to a large number of people seeking treatment. 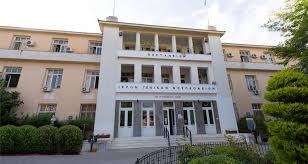 Mr. Evriviades Bairamidis, neurosurgeon, performed the first cerebral bypass surgery in the Vostanio public hospital of Lesvos. A cerebral bypass is a surgical procedure performed to restore, or “revascularize” the blood flow to the brain and involves a very delicate process that connects a blood vessel from outside the brain to a vessel inside the brain in order to reroute blood flow around an artery that is narrowed, blocked or damaged, reducing in that way the risk of a stroke.

Mr Bairamidis, who works as a contractual employee at the public hospital of Lesvos since 2011, has already performed a number of difficult operations in the same hospital, an impressive task, considering that they were held in an insular regional hospital, very far from the mainland.  Commenting on this kind of operation that was held for the first time in a public hospital at a national level, Mr Bairamidis referred to the support that he received from the administration of the hospital for the supply of materials and the organization of the surgery and emphasized on the importance of this successful operation in a public health facility. It is also worth mentioning that aside from the scientific importance of this operation, there is also a big social impact to the number of citizens who lack social security or the money to pay for such treatments privately. At the same time, patients can be treated in their homeland, thus avoiding the cost and suffering of a transfer.