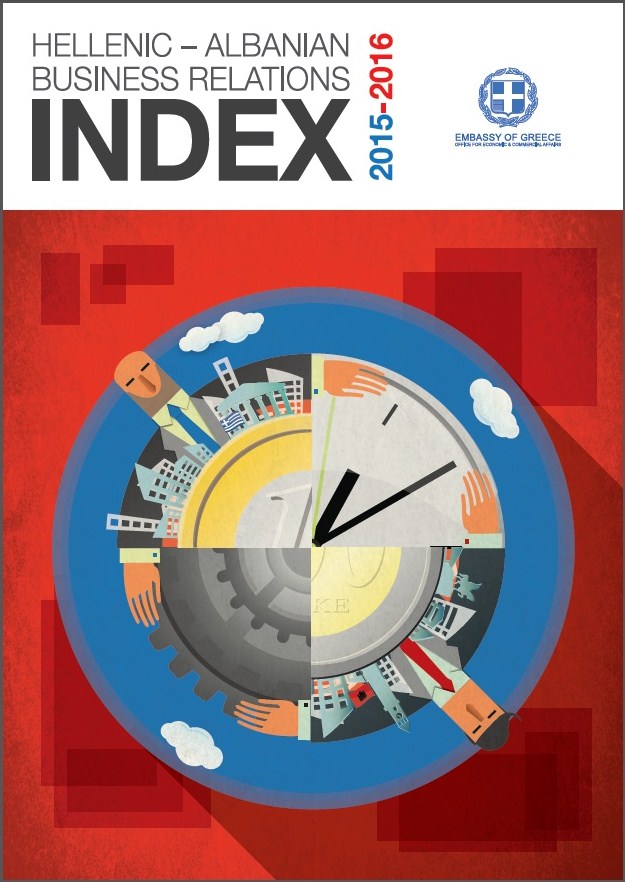 At an event that took place at the Cultural Center of the Orthodox Cathedral of the Resurrection of Christ, in Tirana, the Embassy of Greece in Albania presented on January 26 the first “Hellenic-Albanian Business Relations Index”, in an effort to register in a systematic manner the Greek business sector operating in Albania.

The event was attended by a large number of representatives from the business, diplomatic and academic community and was addressed by Secretary General for International Economic Relations of the Greek Ministry of Foreign Affairs, Giorgos Tsipras and Albanian Deputy Prime Minister Niko Peleshi.

The Index is intended as a tool for enhancing  economic cooperation between the two countries, as well as for further advancing Greek investments in Albania, since it includes a wide range of sectors such as the banking, telecommunications, information technology, trade, industry, health, education, construction, building materials, services, franchise companies etc. Its first part presents business profiles in three languages (Greek-Albanian-English) and contact information of a significant number of Greek and Greek-Albanian companies operating in Albania. In the second part, companies interested in expanding their activities in Albania can find useful economic, commercial and business information. 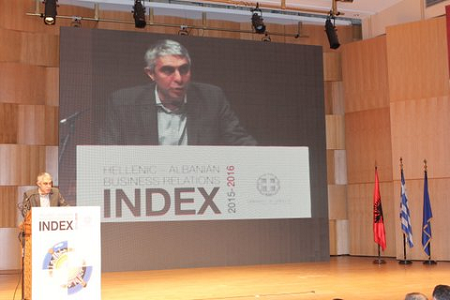 According to official data from the Central Bank of Albania, the Greek business sector in Albania, constitutes more than ¼ of the total stock of foreign direct investment in the country, while Greece is by far ranked first in the foreign investors’ list, with a total invested capital of €1.169,41 million, supporting significantly the Albanian economy and society in terms of development, tax revenues, employment, transfer of know-how, education and prosperity.

The index is now available from the Office of Economic and Commercial Affairs of the Embassy of Greece in Albania. A printed version is planned to be issued soon, and an application for smartphones (IOS and Android) will be available in the near future.