Stepping up efforts to put the economy back on a growth track after almost seven years of recession, Greece introduced yesterday (6.6) to parliament its new development draft bill, aiming to create new jobs and achieve growth through incentives promoting entrepreneurship and encouraging fresh investments in the private sector.

Presenting the proposed law at a special press conference, Minister of Economy, Development and Tourism, George Stathakis said that the new development plan seeks to create innovative, outward-looking, dynamic and viable enterprises; employment growth, with emphasis on skilled human resources that would curb the brain-drain; growth in domestic value added partnerships (Clusters / cooperatives / social economy) and medium size enterprises. A key pillar will be the “equitable development for all” based on the strategic use of human resources and on high value added activities, not on “low rates and low wages”, he said.

Minister Stathakis reiterated that the new law would generate more than 15,000 jobs by 2022 and financing incentives of 3.6 billion euros in the next five years. The tools for supporting investments will include the public investment programme, the National Strategic Reference Framework (NSRF), tax incentives and modern financing instruments, such as the new developmental fund that will soon go into operation.

Under the law, investment plans exceeding 20 million euros and creating at least 40 new jobs could choose a stable tax regime with no tax increases for 12 years once the investment is concluded. Alternatively, the bill provides for state subsidies ranging from 10 percent to 45 percent and up to 5 million euros, either in cash or in the form of a tax exemption, depending on location and size of business. In both cases, the investments can be eligible for a fast-track licensing process. 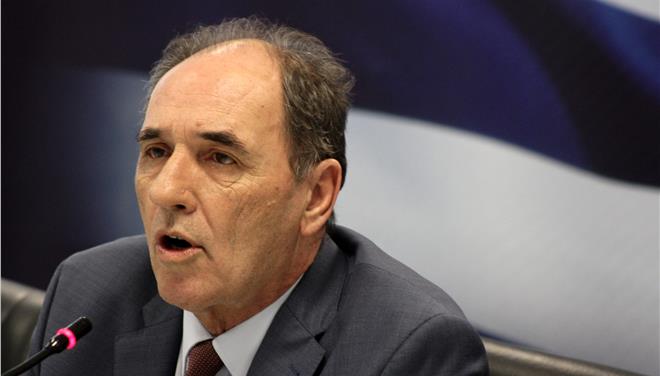 "Big foreign investments don't need funding. They need stability," Stathakis said, stressing that they will be protected in the future if taxation goes up or benefit if it goes down. He also announced plans to simplify bureaucratic procedures, to shorten approval time for investment plans to three months as opposed to the two to three years it takes now, as well as to reduce red tape relating to business licenses, so that a company can be founded in a single day and operate within three days.