Dimensions of the Knowledge Triangle in Greece 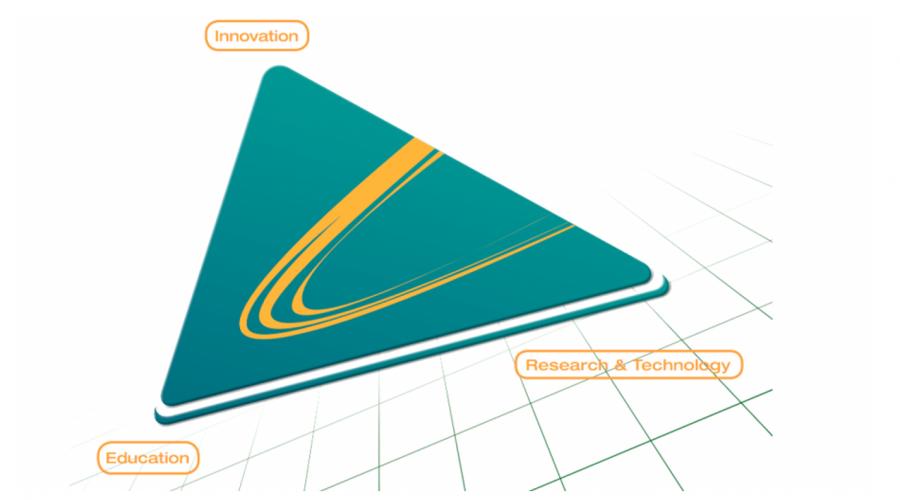 Although the level of research results in Greece is high, their commercial exploitation is poor. That is one of the conclusions of ‘Research, Education, Innovation. Dimensions of the Knowledge Triangle in Greece’, a new study by EKT (National Documentation Centre), which analyses the sides of the so called Knowledge triangle in Greece, constituted by Innovation, Education and Research and Technology. The publication is a short version of NDK's contribution to the pilot project of the ‘‘Innovation and Technology Policy’’ working group and the Committee for Scientific and Technological Policy of the Organisation for Economic Co-operation and Development (OECD) on the role played by Higher Education Institutes in research, education and innovation, and their interaction with research centers and the business sector.

The first part of the study analyses aspects of how the knowledge triangle operates in Greece and covers the overall outcomes of this synergy, examining the level of research results produced in the country, the participation of Greek researchers in competitive EU Research & Development (R&D) programmes, the contribution of the National Strategic Reference Framework (NSRF) to Greek expenditure on R&D, the collaborations between those producing knowledge and those implementing it or embedding it in products and services as well as current crisis conditions. Part two presents relevant case studies from three universities: the Aristotle University of Thessaloniki, the University of Crete and the Athens University of Economics and Business. The three Higher Education Institutes mentioned in part two were selected according to size, geographical location and their experience in working with the business sector and other knowledge intensive organisations.

According to the survey and combined with other data (quantitative and qualitative), it can be seen that:

However, the outcome of these collaborations between those who produce knowledge and those who implement it or embed it in their products or services (ie between researchers/universities and the business community) is not evident in the overall economy. The disparity between the high level of research results and their poor commercial exploitation appears to be particularly applicable to Greece. International efforts to tackle this disparity is an essential tool of economic reconstruction.

This publication concludes that the Higher Education sector is the main research producer, playing the key role in education and the development of the potential of human resources, however, its contribution to innovation is, for the present, relatively limited. Although the Greek higher education system relies heavily on the State in terms of funding, it does seek for funds from elsewhere, especially amidst the crisis, either through co-operative research projects or self-funding.

To achieve that, the Higher Education sector aspires to find alternative sources of funding, particularly through the so-called ‘third mission’, which would lead to increased links with the real economy and national production. In this context, the current funding partnership between the European Commission and Greece for 2014-2020 (EU Structural Funds) is based on smart specialization and entrepreneurial discovery with the ultimate aim of strengthening the partnerships of Higher Education Institutes with mainly regional but also national businesses.

As an institution, EKT has been active for a number of years in fostering synergies between the three sides of the triangle, especially between Research and Innovation, and provides the documentation required to understand the Greek research and innovation system. It is the institutional body responsible for the documentation of the country’s scientific and research output and, since 2012, has been a member of the Hellenic Statistical System as the official body responsible for national RD&I statistics.