Greece makes its comeback to the space industry 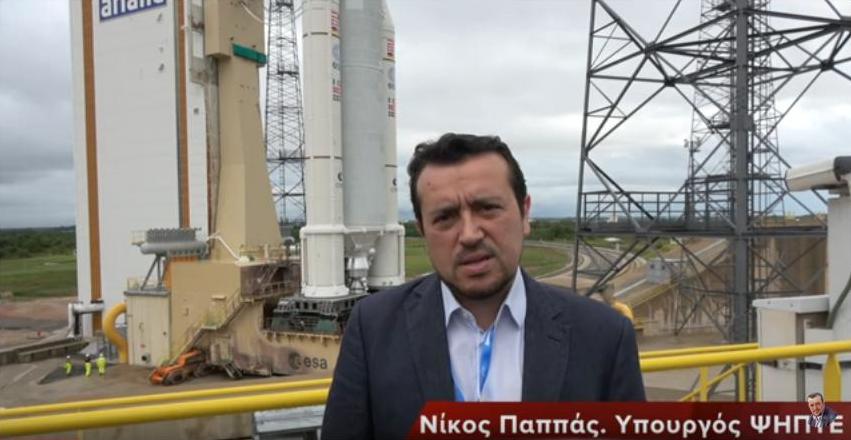 Greece makes its comeback to the space industry, Digital Policy Minister Nikos Pappas said to the Athens News Agency after the successful launch of Greek-Cypriot telecom satellite Hellas Sat 3 Europe's largest telecommunications satellite and Inmarsat S EAN (European Aviation Network). The launch took place on Wednesday, June 28 at 6:15 p.m. (local time), from the Guiana Space Center, Europe’s Spaceport in French Guiana. The launch, he noted, is a major step for our country because Greece is returning to the space industry adding that the country "… is dynamically returning to the field of space, aiming to exploit satellite technology and innovative applications while taking advantage of its key - in telecommunications and transport - geopolitical position. Greece is coming back in two ways, the first has to do with the launch of Hellas Sat and the second is the fact that we are going to initiate and start the Hellenic Space Agency in the next month or two” he stressed. He noted that Greece's new national space agency would allow the country to develop strategic plans for space applications and once again attract some of the "bright young minds" that were now working abroad.

Pappas praised the cooperation between Greece and Cyprus and the contribution of Hellas Sat's Cypriot CEO Christodoulos Protopapas. Pappas also pointed to the many possibilities opening with the launch of the new satellite in a number of areas, including Greece's defence, weather prediction, prevention of flooding, monitoring borders, and fire fighting. According to the minister, the applications of a satellite of this type can radically improve productivity and rapidly revive Greece's primary production sector. Hellas Sat 3  will replace the existing Hellas Sat 2, the first Greek satellite, which was successfully launched and started operating in May 2003. 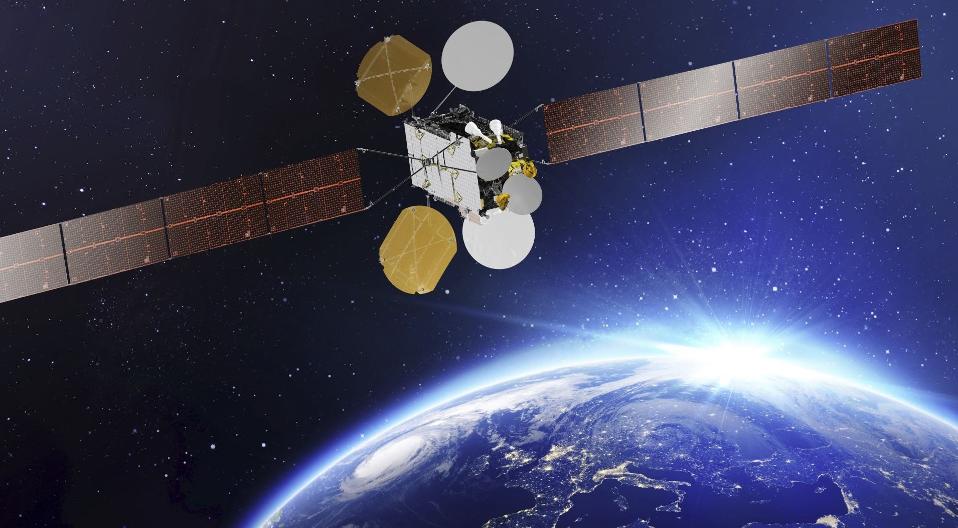 Arianespace, the world's first commercial space transportation company, has successfully launched the Hellas Sat 3-Inmarsat S EAN (European Aviation Network) “condosat” – composed of two payloads for operators Hellas Sat and Inmarsat; as well as the GSAT-17 satellite for Indian Space Research Organization. The satellite Hellas Sat 3-Inmarsat S EAN was manufactured by Thales Alenia Space and is expected to be set into its final geostationary orbit about five days after its launch, when its four antennas will be fully developed. It will be controlled by the Hellas Sat centre in Koropi and the Cyprus centre in Kakoratzia.

The Hellas Sat 3 payload, the second for the operator Hellas Sat and the first to be orbited by Arianespace, will expand the company’s business reach by providing direct-to-home (DTH) TV broadcast and telecommunications services, as well as the distribution of high-definition (HD) and ultra-high definition (UHD) video content in Europe, the Middle East and sub-Saharan Africa. These fixed satellite services and broadcast satellite services will include a cross-strap service between Europe and South Africa.Arianespace has another Hellas Sat satellite – Hellas Sat 4 – in its order book. This spacecraft will further increase the operator’s service availability.

Inmarsat S EAN is the ninth payload orbited by Arianespace for Inmarsat – a company specialized in global mobile satellite communications – since the launch of MARECS A in 1981. The Inmarsat S EAN payload comprises the space segment of a new hybrid system, integrating satellite-based services with a complementary ground network developed by Inmarsat’s strategic partner Deutsche Telekom.The EAN network, which will commence commercial services in the second half of 2017, will deliver a truly seamless inflight WiFi service for Europe’s airlines and their passengers.