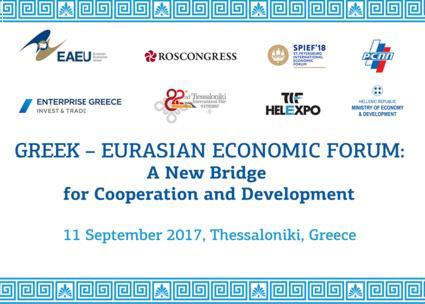 The “Greek–Eurasian Economic Forum: A New Bridge for Cooperation and Development”,supported by the Ministry of Economy and Development of Greece and co-organized by Helexpo, “Enterprise Greece”, the Eurasian Economic Commission, Roscongress and the Russian Union of Industrialists and Entrepreneurs, will take place on 11 September, 2017, from 9.00 to 16.00, at the ‘Ioannis Vellidis’ Conference Centre’s Olympia Hall in Thessaloniki.

The Forum is expected to deepen the discussion on issues related to European and Eurasian integration launched at St. Petersburg International Economic Forum and Eastern Economic Forum in Vladivostok. During plenary sessions and roundtables, participants will have the opportunity to exchange ideas and discuss issues such as cooperation in the energy sector, transport services, logistics infrastructure, agricultural and industrial production, adaptation of products supplied to EAEU countries, etc. 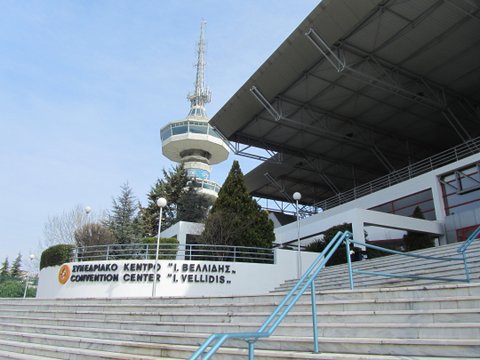 The Forum will be held in the framework of the 82nd Thessaloniki International Trade Fair, where this year’s honoured country is China, and will be attended by senior Eurasian executives, leading companies and businessmen, as well as representatives of the Greek Government and a delegation of Greek businessmen, while China’s participation as honourary guest at the International Exhibition in Thessaloniki is expected to provide additional opportunities for EAEU–Greece forum participants to establish new business contacts and widen foreign trade relations.