Life-jacket Creativity amid the Refugee Crisis 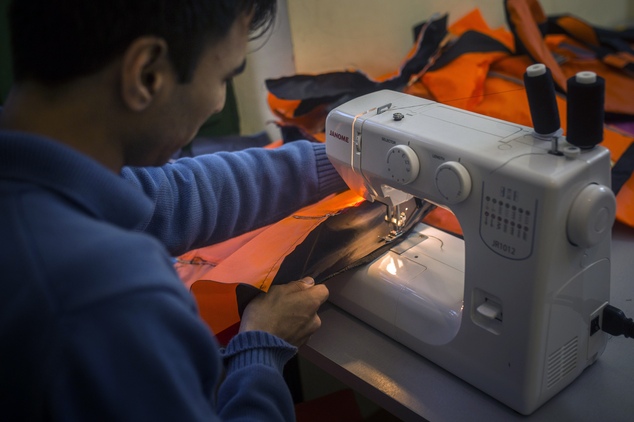 Lesbos has been at the center of the refugee crisis that escalated dramatically last year. More than 500,000 refugees and other migrants arrived to the island in 2015, leaving behind mountains of life-jackets, which became a poignant symbol of the refugee crisis. The orange life-savers have been abandoned at the beaches or waste dumps, dissolving extremely slowly and polluting the environment.

But the volunteers operating on Lesvos had a brilliant idea about what to do with this “plastic garbage”. They decided to turn it into practical and usable objects of the daily life: bags, couches, coffee tables, mattresses and original bags, hoping to raise money for charity efforts on the island. Together with refugees and migrants who have to spend some time on the island, they set up their workshop in the facilities of PIKPA camp and started the production.

The bag project is aimed at helping refugees cover their living expenses and retain a sense of dignity. "It's important for people here to able to work, create something, to make a living and help other (refugee) families," said Greek volunteer and English teacher Lena Altinoglou. "These life vests remind us of the crossing from Turkey to Lesbos, which is a dangerous journey. Many do reach our camp safely, but others don't. So it's a reminder of the need to find a better solution." 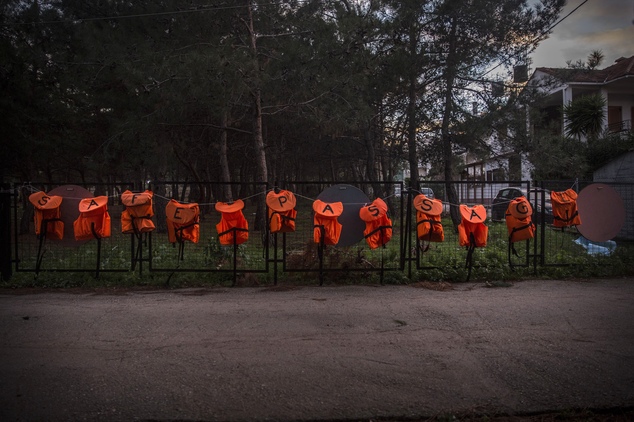 Driving force of the workshop is designer Tina Kontoleon. She is in charge for patterns and designs but her contribution is even more significant for another reason: the workshop also functions as a school for refugees who wish to learn the craft of bag construction. It’s something that makes them feel useful and gives them the opportunity to learn something new and even make a living as artisans.

Not only life-jackets are transformed from garbage into a useful object but also the plastic boats with which the refugees arrive on the island. “The internal material we use as layers for the mattresses and that’s important as now it’s cold,” said Aida Simply, a refugee from Afghanistan. "If there's work here, I will stay here," says Yasin Samadi, who's been living with his family at the shelter for 18 months. "If not, we'll need to leave."

Now the volunteers search for opportunities to sell the objects they create and have the revenues come to the aid of the refugees. The bags are due to go on sale by mail-order later this month, priced between 10 and 30, organizers of the project said.