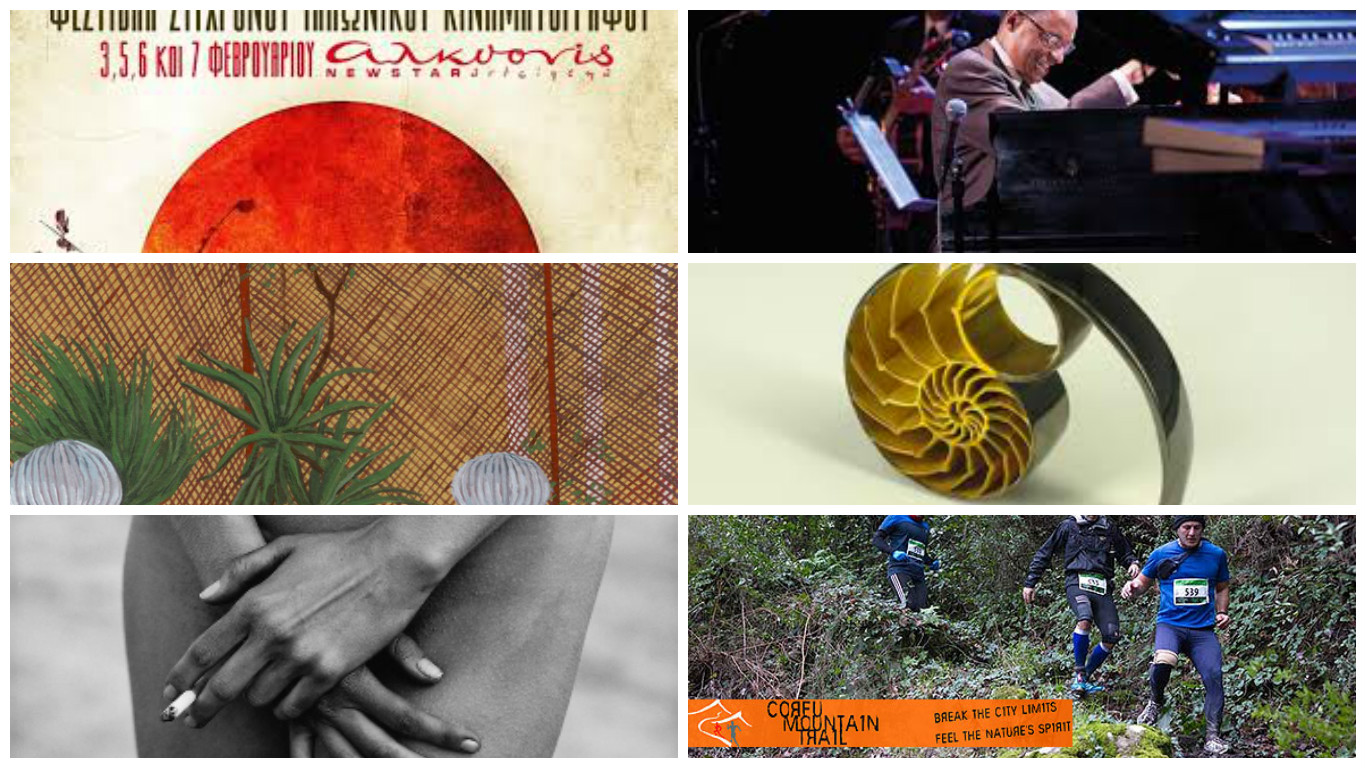 The Gagosian Gallery in Athens presents a solo exhibition of images by acclaimed German-born photographer Peter Lindbergh. Lindbergh’s now-iconic photographs of women derive inspiration from early narrative cinema and street photography, in their fleeting observations and compositional elegance. His Eastern European heritage can be traced in the stark and guileless realism that frames the feminine beauty of his subjects. The exhibition runs through April 23.

The Athens branch of Kalfayan Galleries presents an exhibition of works by Greek-Egyptian artist Farida El Gazzar. The show is titled “Glory” and constitutes a visual journal in which the artist attempts to convey the sublimecharacter of her birthplace, Alexandria, where Greek and Egyptian cultureshave co-existed for centuries. The exhibition runs through February 20.

Jazz music lovers will have the opportunity to enjoy the Ramsey Lewis Quartet on stage at the Gazarte cultural complex on Saturday, February 6. American jazz composer, pianist and radio personality Ramsey Lewis has recorded over 80 albums and has received three Grammy Awards.

The Ilias Lalaounis Jewelry Museum presents “New Territories,” a temporary exhibition showcasing, for the first time, pieces by 50 established and emerging Greek studio jewelry artists. The exhibition highlights developments in Greek goldsmithery as well as the participants’ talents and their contribution to the world of contemporary visual art. The show runs through May 15.

Corfu Mountain Trail, one of the oldest trail races of Corfu, will be held for the fifth year on Sunday, February 7. The race takes place at the beautiful mountain of Agioi Deka, a popular training area in the middle of rich Mediterranean vegetation. The start and finish line of the race is located in the traditional village of Benitses. The event offers four different routes of 8km, 17km (Olive Tree Trail), 40km (Rain Trail) and 80km (Night-Day Trail). Visit Corfu and discover an amazing mountain trail destination!