In this week's Culture Agenda: "Athens a city of tales” Festival, Science for Girls, the Waves and Gypsy Jazz festival

Festival |"Athens a city of tales”| to March 20

The 3rd Festival of Storytelling inspired by and dedicated to the international day of storytelling (March 20) that is celebrated in five continents since 1990, will start on March 14, and will focus on narratives for children and adults and also enriched by parallel activities (including workshops, narratives marathon, music etc.) Co-organised by the Culture, Sports and Youth Organisation of the City Athens, the non-profit organization “Folktales & Myths on the back of the Centaur”, the cultural association of Agios Georgios Nileias “The Centaur” and ‘Pelion Oron’, the events are hosted in selected areas of the Municipality of the City of Athens and of partner institutions (Museums, Cultural Centers, Libraries, Church Temples, Cultural Spaces) with free entrance for the public and the international participation of narrators from Great Britain, Norway and Turkey.

The Herakleidon Museum in Athens, in association with international nonprofit organization Greenlight for Girls, is organizing a series of two-hour educational workshops aimed at girls aged 11 to 15, titled “Science for …Girls.” Running to April, the workshops take place in Greek and aim to awaken girls’ interest in science, technology, engineering and mathematics (STEM) through fun activities such as isolating their own DNA and using it to create a necklace, or analyzing chemical reactions to create their own cosmetics. Upcoming events include “‘Breaking the codes” on Sunday, March 20. 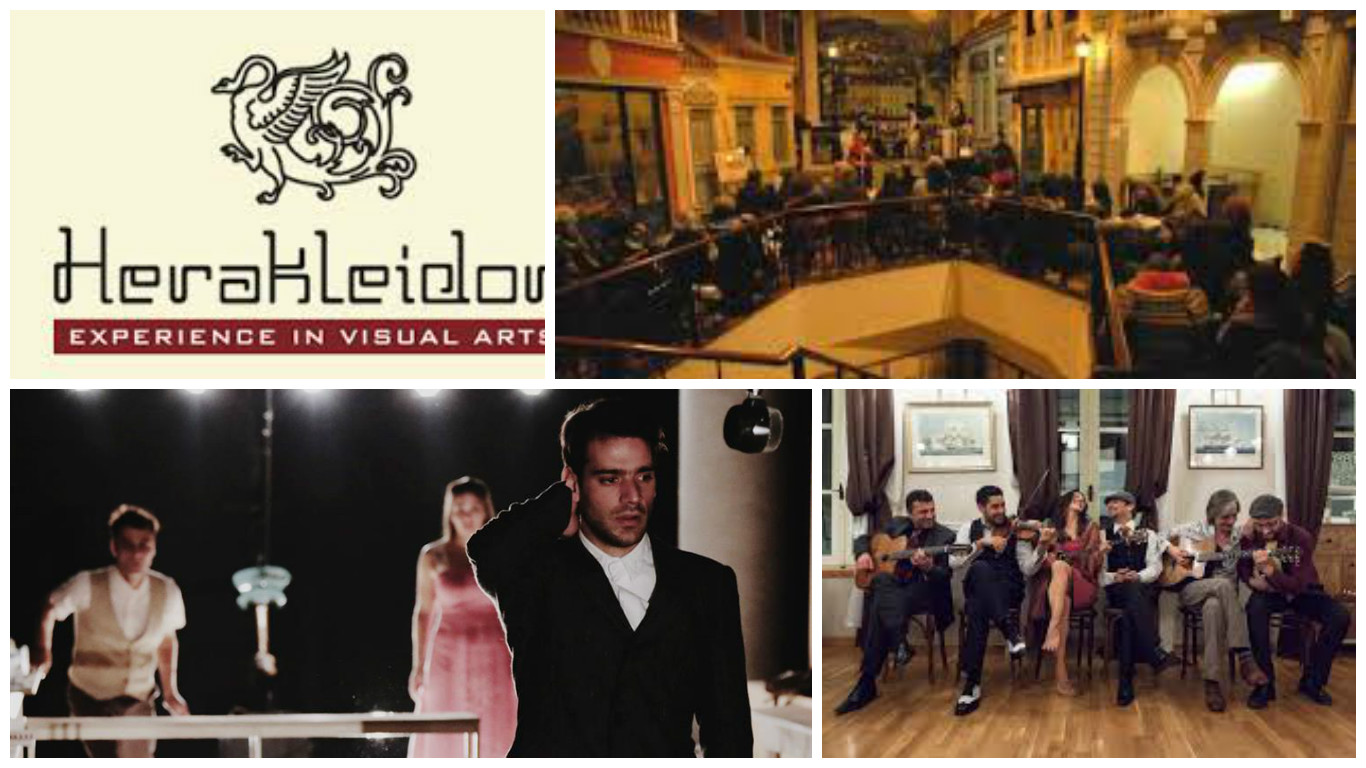 Dimitris Karantzas directs Virginia Woolf’s “The Waves” at the Onassis Cultural Center in a series of performances running through April 24. The play explores the stories of six friends with opposing dreams but similar existential concerns. The cast is led by Evdoxia Androulidakis, Ioanna Piata, Elina Rizou and Michalis Sarantis.  Shows take place on Saturdays and Sundays at 6.30 p.m. to April 24.

St Paul’s Anglican Church in Athens is hosting a performance by famous Gypsy jazz ensemble Gadjo Dilo on Thursday, March 10. Their performance which includes elements from the magic of gipsy jazz tradition with a twist of “greekness” as well as a beautiful selection of American and French jazz, will be broadcast by Pepper 96.6 FM. The event starts at 8.30 p.m. and entrance is free of charge.