From March 24 through June 18, 2016, the Onassis Cultural Center New York invites visitors to a major exhibition Gods and Mortals at Olympus: Ancient Dion, City of Zeus, seen in the United States for the first time andaiming to explore the relationship between daily life in an ancient city built on the slopes of Mount Olympus and the mythological abode of the gods at the peak.

From the time of Homer, the gods were thought to inhabit the eerie landscapes of Mount Olympus. This belief, passed down in the writings of Greek and Latin authors over a millennium, made Olympus the heart of Greek mythology and one of the most enduring symbols of the Greek civilization. While the top of the mountain remained the exclusive residence of the gods, mortals began to settle at its base. The city of Dion was eventually established at the foot of Olympus’s eastern slopes, on a plateau rich in natural springs, rivers, and oak forests. As introduced to us through the words of Thucydides, Dion was a gateway to Macedonia and a sacred center for the cult of Olympian Zeus and the Muses.

Curated by Dimitrios Pandermalis, president of the Acropolis Museum and director of the excavations at Dion since 1973, the exhibition features more than ninety artworks and artifacts—including mosaics, sculptures, jewelry, ceramics, coins, glass, and implements—dating from the tenth century BC to the fourth century AD.These works, never before seen in the USA, are a selection from the thousands of artifacts that have been unearthed at the site in the course of forty years of systematic and scientific archaeological excavation. Images and videos of the city’s ruins and natural landscapes will immerse the visitor in the natural backdrop of the artifacts, and bring the ancient city of Dion to life. 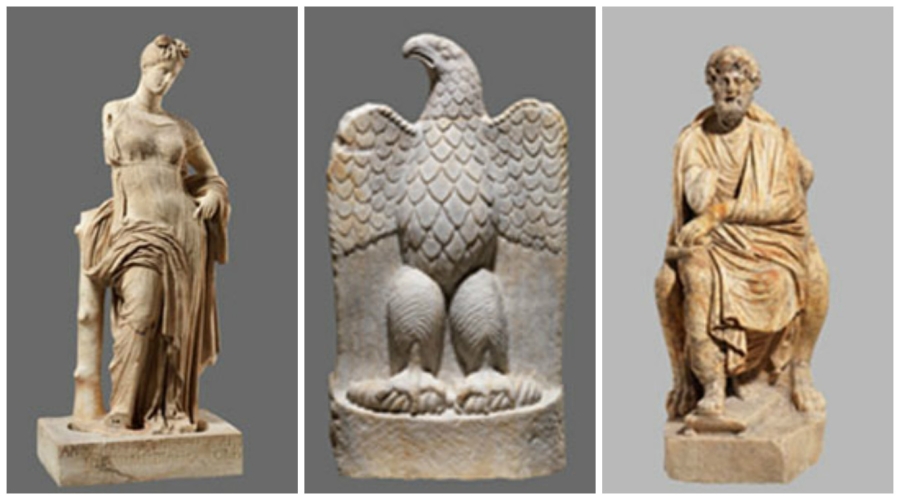 Among the highlights are marble sculptures from Hellenistic and Roman times of deities including Zeus, Demeter and Aphrodite, decorative objects and implements dating back as far as 1,000 BC and a visually stunning group of mosaic panels from the private Villa of Dionysus, newly restored with the support of the Onassis Foundation. “The exhibition … aims to provide visitors with a sense of Dion through the presentation of some of the most significant finds, as well as to introduce the wonder of the natural environment that inspired the ancients to develop a sacred center on the foothills of Olympus,” said Pandermalis.

This major exhibition is another jewel in the crown of the Onassis Cultural Center that has been admired by curators from New York’s great institutions and many ministers and dignitaries from Greece attended last week’s inauguration.

While the exhibition is on view, the Onassis Cultural Center NY will present a new video project titled My half of the Sky, My Half of the Earth by artist Maria Zervos. Shot on location in the landscape of Mount Olympus, the video brings a poem by Zervos into dialogue with an ancient Greek text by the Hellenistic poet Telesilla, while exploring how people in modern times grapple with ancient ideals of perfection and immortality. Also featured in conjunction with the exhibition will be specially commissioned sound pieces by the Greek artist Kostas Ioannides. These document the centuries-old “language of the mountains”—a repertoire of whistles with a fully developed vocabulary and grammar, still in use—and the sounds of Mount Olympus. 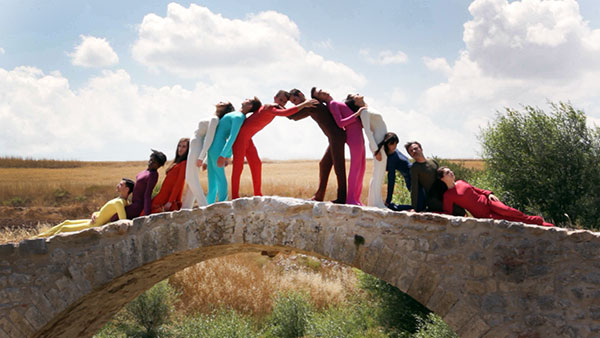 Throughout the spring season, the Center will offer Let’s Walk: A Peripatetic Conversation Series with Simon Critchley. Visitors will be able to join philosopher and novelist Simon Critchley and his guest of the day, as they stroll through the gallery of Gods and Mortals at Olympus and converse about the questions the exhibition raises today. The Center has also commissioned a video game titled Secrets of the Past—Excavating the City of Zeus, inviting the player to take on the role of Director of Excavations at Dion, deciding where and how to search the ancient site, using tools to unearth treasures, examine the finds in a lab, and present the artifacts in an exhibition.

The exhibition will be accompanied by a fully illustrated catalogue of essays focusing on the life-span of the city, the powerful influence of Mount Olympus on Greek religion, and different aspects of ancient customs and culture. Visitors to the Center’s website will find an Olympus Now page that includes views of today’s Mount Olympus and the people who live on its foothills, as well as a history of expeditions to the peak, a documentary about the restoration of the Villa of Dionysus mosaics, a social media wall, and more.

All exhibitions and events are open to the public free of charge. The exhibition is organized by the Onassis Foundation (USA) and the Dion Excavations, in collaboration with the Hellenic Ministry of Culture and Sports—Ephorate of Antiquities of Pieria. 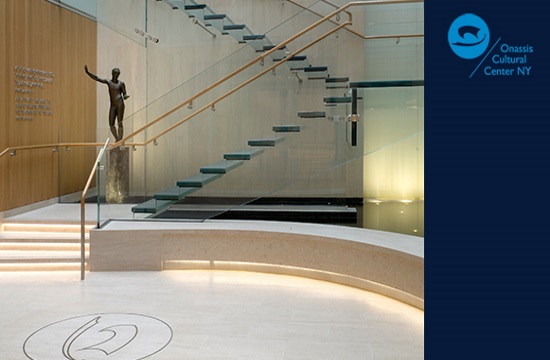 The Onassis Foundation (USA) is committed to the promotion of Greek culture. By cooperating with educational and cultural institutions in Greece and throughout the Americas, it actively promotes cultural relations. The mission of the Foundation is realized through two major initiatives. The Onassis Cultural Center New York explores Greek culture, from antiquity to today, through a rich and diverse program of exhibitions, events and online engagement. In the academic scope, the University Seminars Program places eminent scholars from all over the world in universities in North and Latin America for lectures and seminars on topics related to Hellenic civilization.