Now that the weather is warmer, what a better way to explore the city's beautiful neighbourhoods and the historical center of Athens than by bike! And if you don't own a bike, no reason to worry! The City of Athens has already launched a pilot project for its own bike sharing service. The first bicycle rental station operates at the Technopolis cultural complex in Gazi, downtown Athens, amid hopes that more will soon be coming. 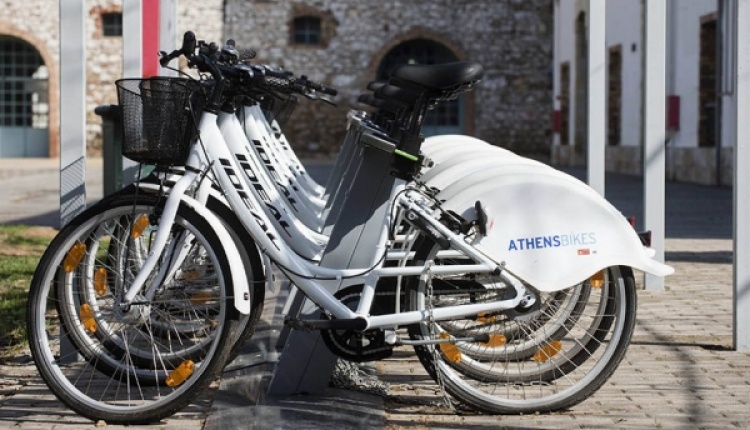 Athens Bikes, as the project is called, is a modern, electronically-controlled, shared bicycle scheme, operated with a prepaid card, like the ones often found in cities all across Europe. The objective is to offer residents and visitors the opportunity to use the bike for short trips around the center, doing away with the need for motorized transport. In this way, traffic in the city can be significantly reduced ‒ depending on the number of bicycles available for use. The circulation of more bicycles on the roads will undeniably have a positive effect on the drivers of other vehicles, prompting them to reduce speeds in urban areas and thus contributing to a decrease in road accidents.

Anyone can use a bicycle after getting a personal Athens Bikes card from the shop at Technopolis and paying for the amount of time you think you will need it for. The first half hour of use is free and every half hour afterwards costs 50 cents. The maximum duration of continuous use is three hours. Since the capacity of the system is limited, it is important the bicycles are used as needed and then be returned to the stations in order to be available to other users. For the time being, bikes must be returned to the stands at Technopolis, but it should just be a matter of time before more stations appear around Athens as the scheme is embraced by more people. 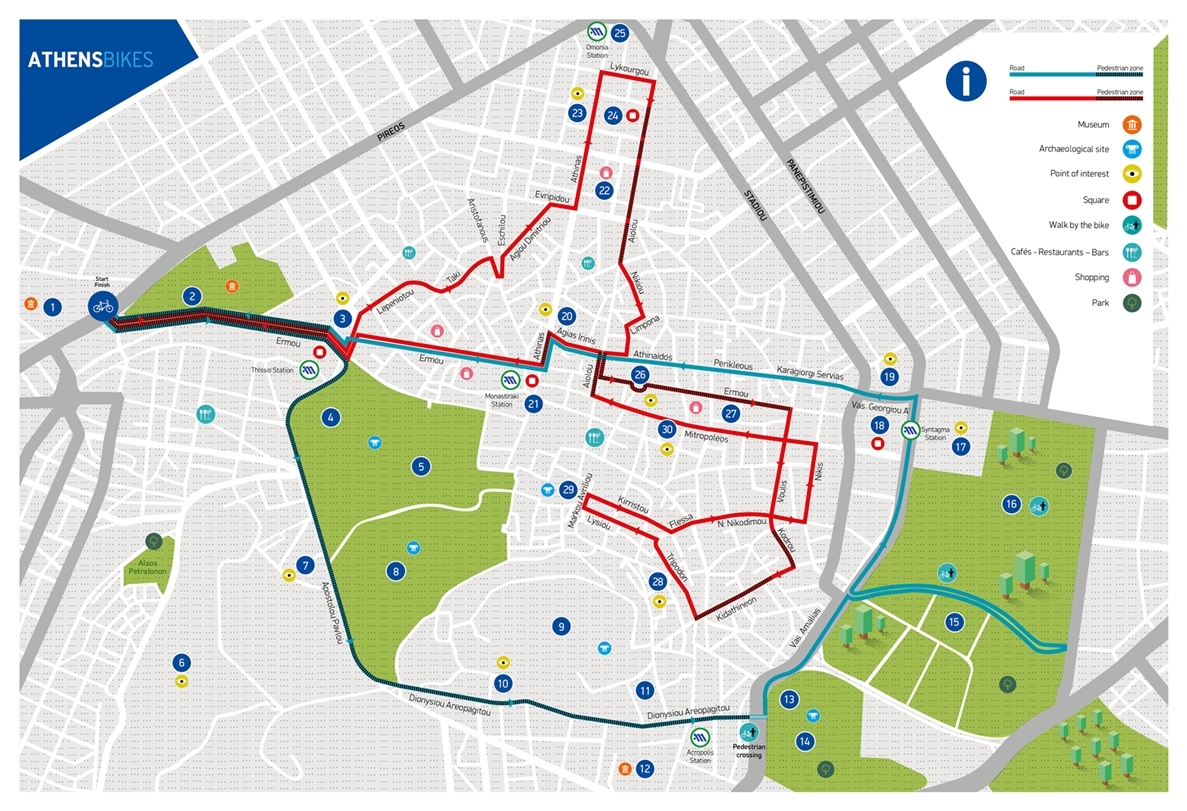 Athens is a city that is well-suited to bicycle use: Pangrati, Patissia, Kolonos, the historic center and Metaxourgeio are the flattest areas, where riding a bike is easy. So, don’t hesitate to follow the two proposed bike rides and feel Athens in a new way!