An exhibition sharing stories of citizens of the world

Katerina Gregos is one of the most dynamic art curators living and working in Brussels, as artistic director of the international art fair “Art Brussels”. She has received international distinctions for her work as an art historian, independent curator and author and has curated important international exhibitions, such as the Danish participation at the 54th Venice Biennale, Belgium’s participation at the 56th Venice Biennale and last year’s 5th Thessaloniki Biennale.  Distinguished for her work as a founding director and curator of the Centre of Contemporary Art Foundation Deste (1997-2002) and Artistic Director of Argos - Centre for Art and Media in Brussels (2006-2008), Gregos has curated a new exhibition opening its doors to the public tomorrow at the Art Space Pythagorion in Samos. 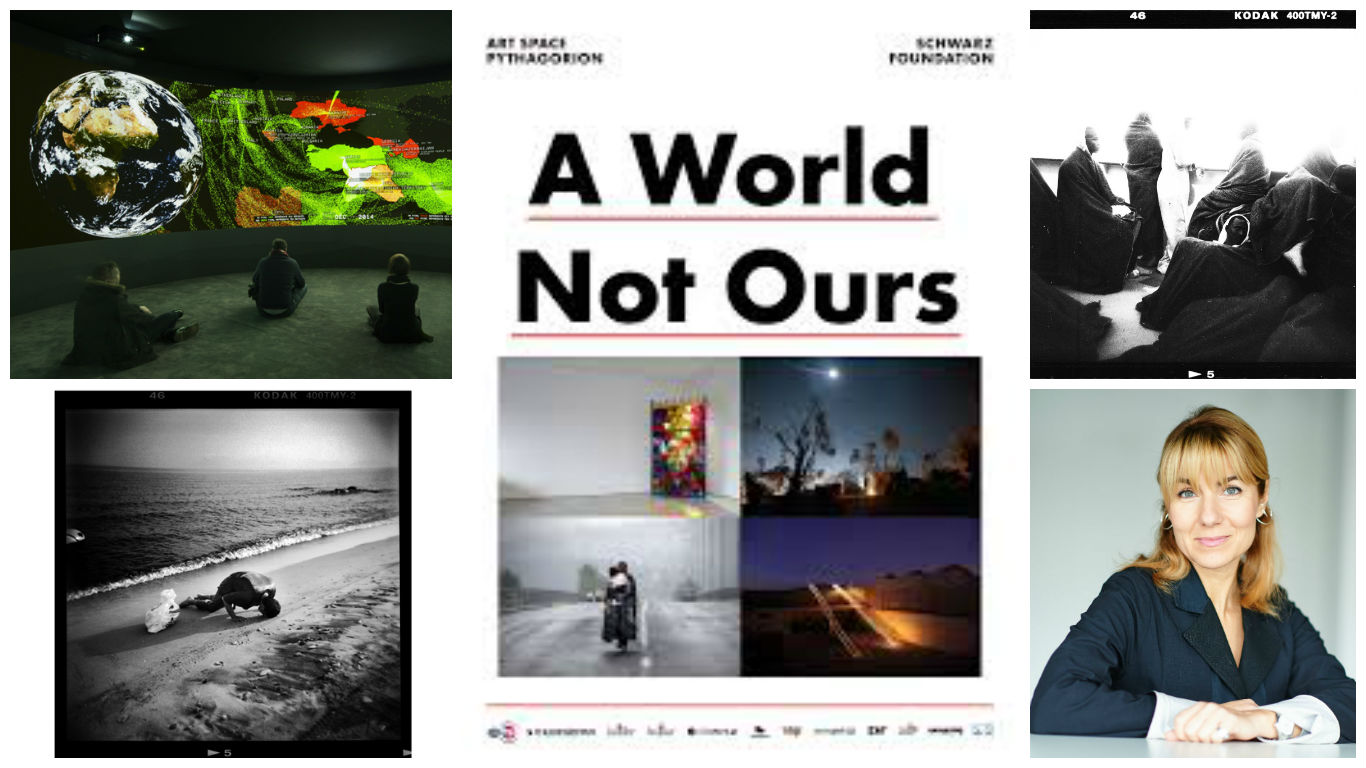 Entitled “A world not ours” and running from August 5 – October 15 in Samos, the exhibition focuses on the drama of the refugees from a humanitarian perspective. The location of the exhibition was not randomly selected: Samos is one of the three Greek islands (along with Mytilene and Kos) at the heart of a humanitarian tragedy taking place in the Aegean since 2015.  The artists involved in the project attempt to bring to light the very complex issue of the refugee crisis, with narrations and by challenging people’s prejudices so as to awaken public opinion and address this unresolved issue that Europe as a whole is trying to handle. Installations, performances, photo exhibitions and film screenings by artists, photographers, filmmakers and activists will be on display to highlight the issues behind one of the most pressing matters of our times, and create empathy for the problems that refugees face, like forced displacement and the experience of homelessness, perpetual insecurity, diasporic identities and existential limbo, as well as challenge standardised media representations and polarised narratives of the refugee crisis.

The title of the exhibition comes from the award-winning homonymous 2012 film by director Mahdi Fleifel, which borrowed its name from a book by the Palestinian author Ghassan Kanafani, and talks about the diaspora experience and the search of identity by people in exile, living at a refugee camp in southern Lebanon. Artists, Yannis Behrakis, Tanja Boukal, Róza El-Hassan, Ninar Esber, Mahdi Fleifel, Marina Gioti, Juice Rap News, Sallie Latch, Yorgos Moutafis and Diller Scofidio & Renfro, Mark Hansen, Laura Kurgan, and Ben Rubin, in collaboration with Robert Gerard Pietrusko and Stewart Smith based on an idea by Paul Virilio, will present their work at “Art Space Pythagorion” an events and exhibition space operated by the Schwarz Foundation in Samos. In fact, this particular art space promotes the mission of the Foundation, which advocates that awareness of an enduring historical tradition plays a vital role in understanding current problems as well as in imagining the future.