It has been noted that the Greece’s economic crisis is to a degree connected with the upsurge of creativity in filmmaking: during this period, Greek cinema has produced many "fearless, exciting, and wholly original cinematic works". Whilst most of the initial “weird wave” films were self-financed, the Greek Film Center became involved in film production and has just revamped its Financial Regulation Program. 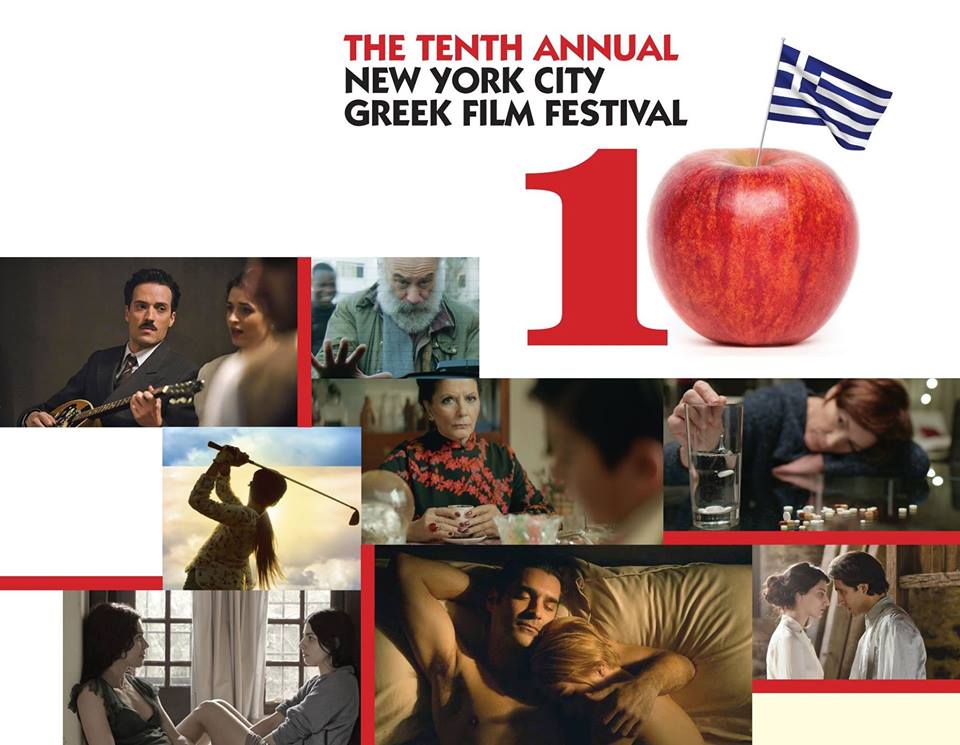 Marking a decade of exciting growth, the New York City Greek Film Festival will celebrate its 10th anniversary from September 29 through October 19 with special events, a spectacular film line-up and special guest appearances. In keeping with the celebration, the opening night will feature the showing of Mythopathy at the Metropolitan Museum of Art, underscoring the fact that along with rousing entertainment, Greek film is art.

“The festival’s film selections reflect both the enormous growth in professionalism and originality in Greek films, as well as the current problems besetting Greece” said Jimmy Demetro, the Director of the Festival. Two important documentaries include Athens from Beneath, focusing on the victims of the economic crisis; and 4.1 Miles, an unforgettable journey on a Coast Guard cutter as the crew struggles to save refugees from the waters around Lesbos.

Among the special events is a competitive screening of fifteen short films, presented in association with the Micro M Festival of Athens. In all, fifteen features and seven documentaries will be shown among which: the psychological drama, Silent; the suspense thriller, Blind Sun; a drama from Cyprus about a family struggling to make ends meet, Family Member; Journey through Smyrna, a documentary about the music of Asia Minor; and a moody story about middle-aged obsession and young beauty, Suntan.

Meanwhile, from 12 to 23 October the Delphi Bank Greek Film Festival in Australia will be offering a proud survey of contemporary Greek film, presenting a vast selection of the latest features, documentaries and shorts made in Greece or directed by Greek Australian filmmakers.

A special spotlight on Yorgos Lanthimos' work will also screen at The Astor Theatre from 22 October until 3 November. Special events include the opening night screenings of Worlds Apart and the event screening and '80s after-party for the 1982 guilty pleasure film Summer Lovers.Meanwhile, a number of exemplary shorts will be shown throughout the festival's Australian and International programs.

Needles to say, the festival's 2016 program will again do justice to Greece's brilliant next generation of creatives with a great representation of talent: Constantine Giannaris touches on the plight of Athenian youth in Spring Awakening; Sofia Exarchou's debut feature Park is another timely portrayal of a young generation living alongside the ruins of the now-abandoned Olympic Village in Athens; tear-jerking and paradoxically hopeful, SMAC, by Elias Demetriou, bravely upends audience expectations about how stories on terminal cancer can be told.

The festival will also screen a series of acclaimed films from Greece including Alps, Beneath the Olive Tree, Blind Sun, Chevalier (co-presented with ACMI), Dogtooth, Dream of a Shadow, Highway to Hellas, Invisible, Kinetta, One Breath, Silent, Summer Lovers, Suntan, The Lobster, This is a Coup, What If and Worlds Apart. Choosing from a filmography of 50 films, this year's nod to the classics goes to the iconic Thanasis Veggos, one of Greek cinema's greatest comedians dubbed the 'Greek Charlie Chaplin'.