In Greece, there has been a long tradition of internationally renowned Greek soloists and conductors, such as Gina Bachauer, Vasso Devetzi and Rena Kyriakou (pianists), Irma Kolassi, Yannula Pappas, Elena Souliotis and Nicola Zaccaria (singers), as well as two figures that constitute landmarks in the international classical music scene: Maria Callas (soprano) and Dimitri Mitropoulos (conductor, pianist and composer).

An artist that has continued this tradition in recent years is Greek violinist and conductor Leonidas Kavakos, who was recently announced winner of the Léonie Sonning Music Prize 2017. The Prize was presented earlier this month (January 12, 2017) at a concert at DR Byen Concert House, with Fabio Luisi conducting the Danish National Symphony Orchestra. Esben Tange, chairman of the board of directors of the Léonie Sonning Music Foundation, presented the Prize with the following remarks:

“The Léonie Sonning Music Prize 2017 of EUR 100,000 is awarded to violinist Leonidas Kavakos for having rewarded a large audience through decades with his radiant interpretations supported by vibrating musical presence and instrumental mastery. With a tireless will to sound the depth of the classics of violin literature, Leonidas Kavakos has been able to revitalize the musical inheritance of his instrument. With great personal integrity and a sense of originality where music is always valued above the musician, Leonidas Kavakos is a guarantee that honesty still has a strong voice in the world of music”.

The prize is Denmark’s highest musical honour and has been awarded annually to an internationally recognized composer, instrumentalist, conductor or singer since 1959. A list of winners of this important award include distinguised artists such as: Sir Simon Rattle, Sir John Eliot Gardiner, Pierre Boulez, Mstislav Rostropovich, Miles Davis, Dietrich Fischer-Dieskau, Benjamin Britten and Leonard Bernstein. Kavakos is the 5th violinist to win this award, which has been previously awarded to Yehudi Menuhin (1972), Isaac Stern (1982), Gidon Kremer (1989) and Anne-Sophie Mutter (2001).

Leonidas Kavakos has acquired world recognition around the world as a violinist and artist of rare quality and the highest level for virtuosity, superb musicianship and the integrity of his playing. He works with the world’s greatest orchestras and is an exclusive artist with Decca Classics.

Born in 1967, Kavakos was brought up in a musical family in Athens, the city where he still resides. At the age of 12, he was the youngest ever to be admitted to the European Union Youth Orchestra and by the age of 21 Leonidas Kavakos had won three major violin competitions: the Sibelius Competition in 1985, and the Paganini and Naumburg competitions in 1988. This success led to his recording the original Sibelius Violin Concerto, the first recording of this work in history, which won the Gramophone Concerto of the Year Award in 1991.

Kavakos curates an annual violin and chamber-music masterclass in Athens, attracting violinists and ensembles from all over the world and reflecting his deep commitment to the handing on of musical knowledge and traditions. Part of this tradition is the art of violin- and bow-making, which Kavakos regards as a great mystery and, to this day, an undisclosed secret. He plays the ‘Abergavenny’ Stradivarius violin of 1724 and owns modern violins made by F. Leonhard, S.P. Greiner, E. Haahti and D. Bagué. 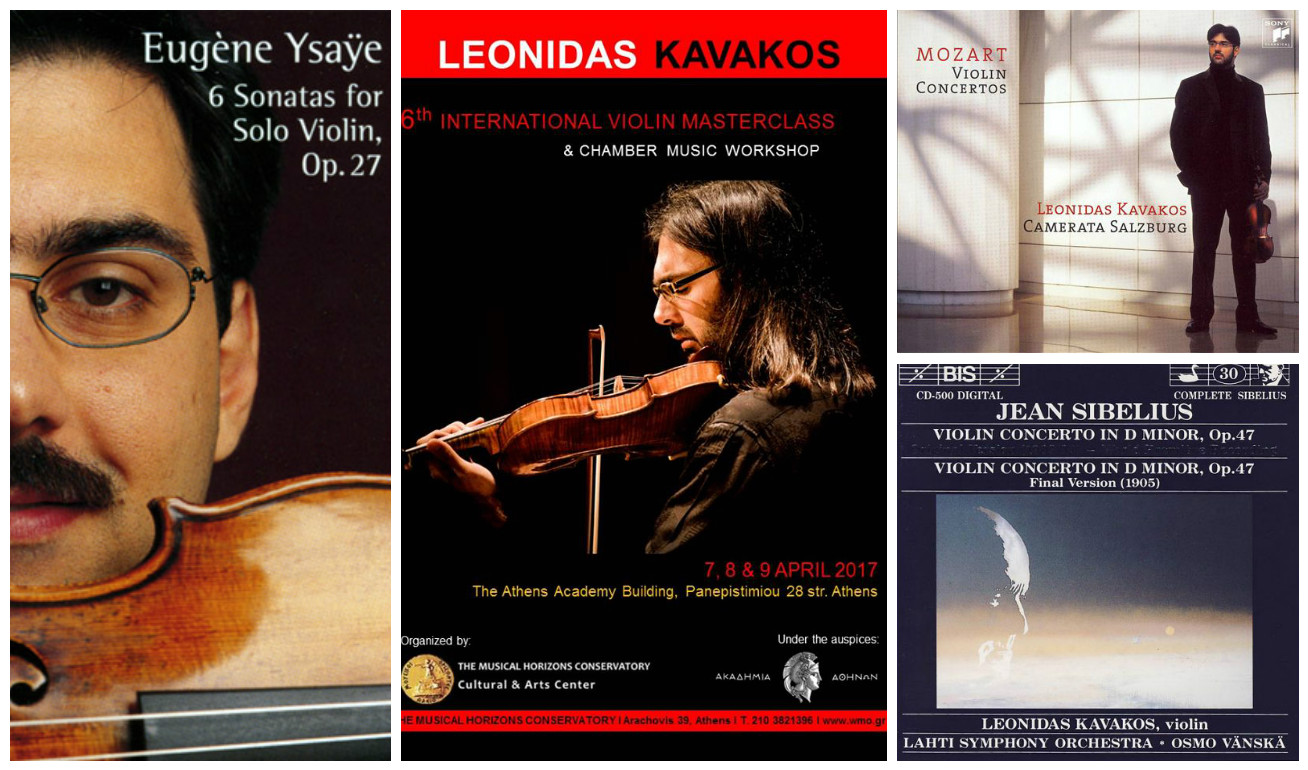 Kavakos embarks on a major recital tour of Europe and the United States with Yuja Wang this January and February, beginning with a performance in Turin, Italy on 29 January 2017. During the tour, the duo will be performing at major international venues including the Philhrmonie de Paris, Stockholm Concert Hall, Prinzregententheater Munich, David Geffen Hall New York and many others.