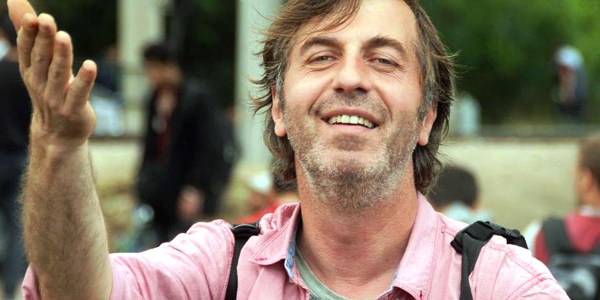 Since the outbreak of the war in Syria, Greece has been one of the most important entry points of migrants and asylum seekers. The Greek authorities managed to handle the unprecedented refugee flows in Greece by creating, hosting facilities for refugees and migrants and closing, at the same time, unofficial and improper settlements. Refugees and migrants were transferred from parks and squares to organized structures, while make-shift and inappropriate camps at the northern border of the country, in Idomeni - where more than 10,000 people were staying in unsuitable living conditions – were peacefully evacuated by the Greek authorities, almost nine months ago. In addition to the state-run structures, which are gradually being upgraded, accommodation places and hosting facilities are also run by the UNHCR and other NGOs through-out the country.

According to the latest figures (12.12.2016) 62,681 refugees are temporarily residing in Greece, on the islands and the mainland, while the nominal capacity of the official hosting structures is of 71,780.

As mentioned above, since the last quarter of 2014, the village of Idomeni on the borders between Greece and FYROM, used to host a makeshift camp that had for months served as a temporary shelter for more than 10,000 people who arrived there after Balkan countries cut off the route into Europe. By the end of May 2016, the refugees were peacefully evacuated from the border camp at Idomeni and bused to other better organized state-run centers in the wider region of Thessaloniki.

Vassilis Tsartsanis, a hairdresser and part-time film-maker from Thessaloniki, was filming a music video near the Greek-FYROM border in September 2014, when he noticed small groups of people trudging through the fields. Confused over why families would be walking through “the middle of nowhere”, he asked them where they were from. “Syria,” they replied. And where were they going? “To Europe.” Tsartsanis was mystified and returned to investigate why people were starting to journey through the sleepy area. He decided to help them; an act of kindness that would change their lives—and his own. Thanks to his initiatives, he achieved to make Idomeni a more welcoming place for newly arrived refugees. He helped them by providing them water, food and clothes, by giving them a lift, getting them to the doctor and supporting them any way he could. Long before international organizations and donors turned their attention to Idomeni, he and other locals were there offering their help. Tsartsanis didn’t stop at handing out emergency supplies. He started writing to politicians and authorities, advocating on behalf of the refugees whose stories he knew better than most. He was soon invited to address the European Parliament. He talked to major media outlets. He didn’t have a large organization behind him or a dedicated advocacy team—perhaps that was his strength. He was a local who was helping people in his area. He enjoyed the trust of his community.

Tsartsanis now regularly organizes missions for members of parliament and EU governments to Greece’s camps and has been active in efforts to relocate refugees to other countries. His recent work, “Small room project”, is an experiential audio visual and at the same time interactive exhibition which describes the two year every day experience he had with the refugees originating from the war zones heading from Turkey to central Europe.