Certificate of Attainment in Greek 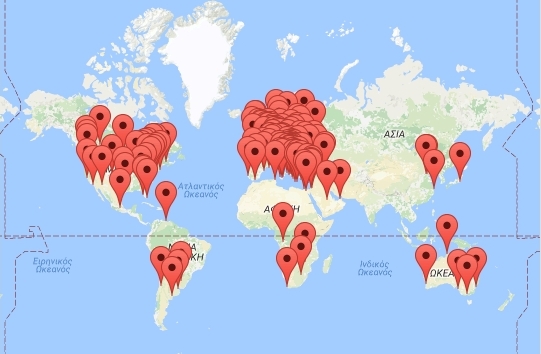 Next weekend is your last chance to register for the exams for the Certificates of Attainment in Greek: the deadline for registration has been extended to March 26. Examinations at all levels for the Certificate of Attainment in Greek are held once a year, in mid-May. The examinations are held in 165 examination centres worldwide and are ten exam centers around Greece. Here you can find the dates and registration periods for the upcoming exams of 2017. In 2016 there were 150 such examination centers worldwide and almost 5000 candidates. For more information, you can check out the User's Manual for Applications (In Greek).

The Centre for Greek Language (CGL) is the official institution of the Greek Ministry of Education responsible for the administration of Certificates of Attainment in Greek. CGL organizes examinations for six levels of attainment in Greek, linked to the corresponding levels of the Common European Framework (CEFR). Exam questions are meant for the general public and the content is of general interest. The examination is communication-oriented; it emphasises not only grammatical accuracy and correctness, but also the candidate's ability to use the language efficiently in a specific place and within a specific linguistic context, whether formal or informal.

These certificates provide users of Greek with an evaluation of their knowledge and serve as proof of the successful candidate's level of attainment in Greek in the work market. Recent decades were marked by a steady increase of foreigners living and working in Greece, but  the Certificate is addressed anyone that wants to certify their knowledge of Greek: immigrants living in Greece, Greeks and Greek-Cypriot expatriates abroad, to adults, adolescents and children. Apart from its usefulness to those who wish to work and study in Greece and Cyprus, is of profound educational value for students who want learn to Greek as a foreign language.

CGL is also responsible for conducting examinations for the Certificate of Attainment in Greek for Professional Purposes for professionals of European Union or third countries who wish to work in Greece and thus need to prove their proficiency in Greek.

Centre for the Greek Language