A group art exhibition titled "Democracy" is being held at the former prison Eptapyrgion /Yedi Kule, in Thessaloniki. According to Kathimerini daily, the artists participating in the exhibition emerge from a crucial moment in Greek history, the restoration of democracy in 1974, marking the end of a dark and violent period, that of the seven-year military dictatorship, and the beginning of a new era that forged new political, social and historical realities. 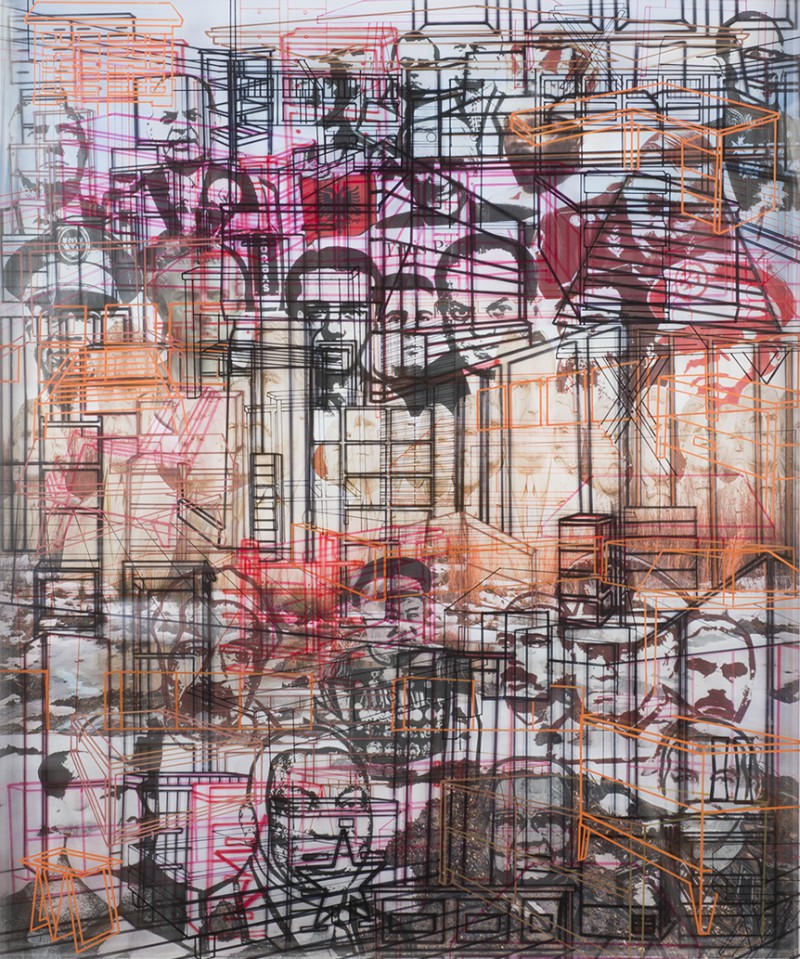 Katerina Zafeiropoulou, The order of things, 2018

In the historical area of ​​Yedi Kuleh - infamous as the place of incarceration of many citizens for their democratic beliefs during those years of military rule - the creators focus on the notions of history, memory and time. The exhibition will run until September 30th. The exhibition is organized by the Archaeological Ephorate of Thessaloniki, in collaboration with the State Museum of Contemporary Art and the support of the Directorate of Culture and Tourism of the Municipality of Thessaloniki,

According to Wikipedia, the Heptapyrgion prison (also popularly known by its Ottoman name Yedi Kule, is a Byzantine and Ottoman-era fortress situated on the north-eastern corner of the Acropolis of Thessaloniki. Despite its name, meaning "Fortress of Seven Towers" in both languages, it actually features ten, and was probably named after the Yedikule Fortress in Constantinople (Istanbul, Turkey). It served as the major fortification of the city's acropolis, as well as the seat of its garrison commander in Ottoman times, until the late 19th century. It was then converted to a prison, which remained open until 1989. The site was then taken over by the Ministry of Culture and the regional Byzantine archaeology service, and various restoration works have taken place over the years.

The systematic archaeological study and restoration of the Heptapyrgion began in 1990. The first phase ended in 1995, with the completion of a photogrammetric architectural survey and the creation of a digital model of the fortress. Among the institutes taking part in the relevant projects are the Aristotle University of Thessaloniki, Cornell University, the Center for Preservation and Heritage of Mount Athos, and the municipality of Thessaloniki