The impact of Greek Ohi Day to American public opinion 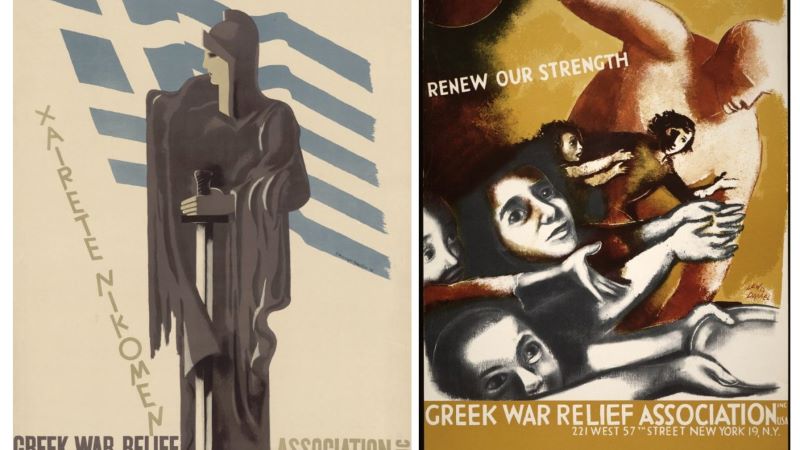 “The Hour of Greece” is an exhibition organized by the Hellenic American University |Ηellenic American College and the Greek America Foundation, in collaboration with the General State Archives οf Greece and under the aegis of the Greek Ministry of Foreign Affairs, on the occasion of this year’s celebration of Ohi Day, seeking to show the impact of the Greek victory in the United States in the early years of World War II. The story of the small country’s victory over the much larger invading forces of Mussolini’s Italy made a deep impression on American public opinion evoking respect among all the Allies for Greeks everywhere.

The exhibition of more than 300 objects incorporates rare archival material from the private collection of Gregory Pappas, a member of the Greek Diaspora, including newspapers, cartoons, photographs and posters, all of which are on display for the first time in Greece.

Material from the Pappas Collection has been enriched with documentary material from the General State Archives of Greece to better illustrate the relations of the peoples of Greece and United States at that time. The exhibition also highlights the important contribution that Americans made to healing post-war hardships in Greece.

The exhibition is curated by art historian Louiza Karapidakis having as scientific advisor the archivist of the General State Archives of Greece Yannis N. Glavinas with the contribution of the Professor of History at Haverford College Alexander Kitroeff.

“Greece’s entry into World War II on October 28, 1940 stands out as one of the finest hours in the country’s 20th-century history. That date was also a major turning point in the relations between Greece and the United States and the status of the Greek immigrants in America. It brought about a newfound, stronger appreciation of both modern Greece and the Greek Americans on the part of the American public and its government. The news that the Greek people were enthusiastically going to war against Fascist Italy was greeted with great enthusiasm in the United States,” writes Kitroeff in his introduction to the exhibition’s excellent Greek-English catalogue.

“The Amazing Greeks Win Freedom’s First Victory,” said Life Magazine in one of its issues that features in the exhibition. The New York Times carried an editorial in December 1940 calling it “The Hour of Greece.”