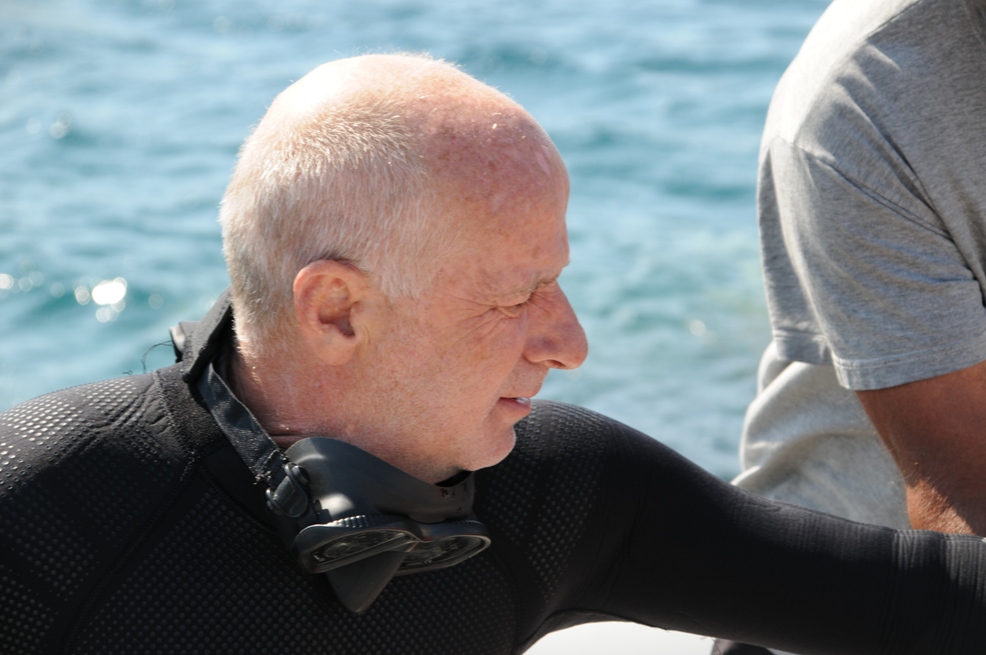 Chief Archeologist Dr. Dimitris Kourkoumelis spoke to Greek News Agenda* about the historic wreck of “Mentor”, the brig belonging to Lord Elgin that sank off Kythera Island in 1802, carrying antiquities from the Acropolis to the United Kingdom. He talks about the onsite underwater exploration work of the Ephorate for Underwater Antiquities from 2011-2019, bringing into light precious information about the vessel’s construction, as well as items belonging to passengers.

Dimitris Kourkoumelis holds a PhD from the University of Aix-en-Provence (France - 1988) focusing on the trade, economy and transport amphorae of ancient Corfu. An expert underwater archaeologist, he has been working since 1999 with the Ephorate (Department) of Underwater Antiquities of the Hellenic Ministry of Culture and Sports, and since 2018 leads the work of Northern Greece Section of the Department. From 2000 - 2011 he taught Maritime Archaeology at the Department of History, Archeology and Social Anthropology of the University of Thessaly. Since 1975, he has been working on land excavations in Crete and Corfu, as well as in underwater archaeological excavations by the Hellenic Institute of Marine Archaeology at the Dokos and Iria prehistoric wrecks. He directed (1993-2001) the underwater exploration of the 4th century B.C. shipwreck at Kythera by the Hellenic Institute of Marine Archaeology, as well as that at the ancient harbor of Kythnos (Cyclades) (2005-2011) as co-director, along with Professor Al. Mazarakis-Ainian. Since 2011, he heads underwater excavation and research of the historical MENTOR (1802) shipwreck at Kythera and has been co-directing the excavation at the ancient harbor of Lechaion (Corinth) (2013-2018) as co-director, along with Dr. Bjorn Loven. He has participated in a number of archaeological symposia and conferences and published papers on the transport of amphorae, ancient trade and economy as well as the results of his excavations. In 2019 he was official evaluator of the 2001 UNESCO Convention on the Protection of the Underwater Cultural Heritage. 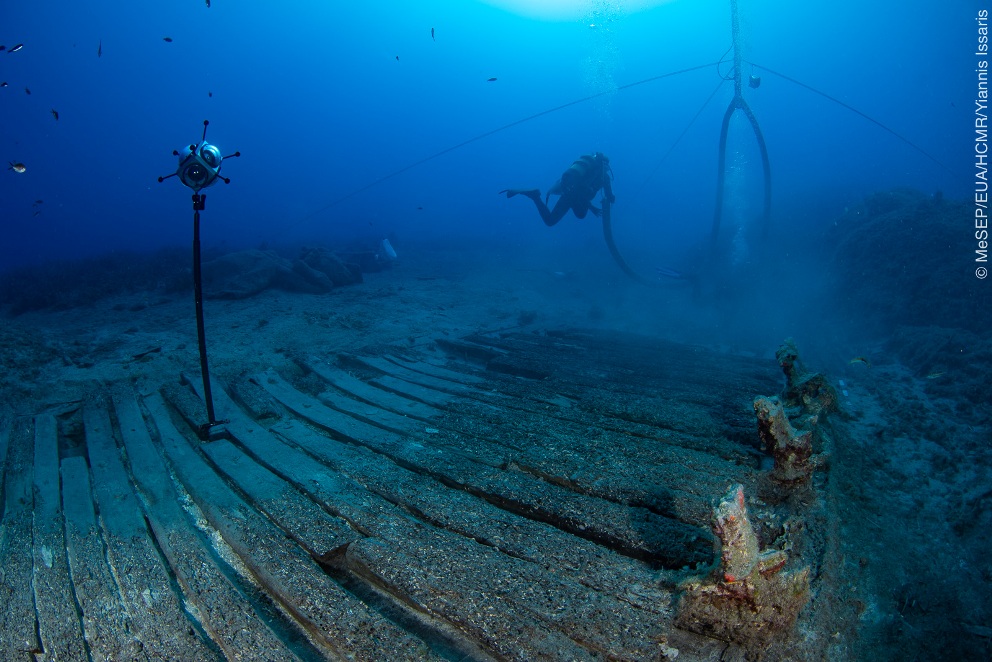 The remains of the Mentor hull

In September 1802 the brig "MENTOR" sank near the port of Avlaimonas at the Agios Nikolaos bay, on the southeast of Kythera island. The vessel, owned by Earl Elgin (Tomas Bruce 7th Earl of Elgin & 11th Earl of Kincardine) had sailed two days earlier from the port of Piraeus after circumnavigating the Eastern Mediterranean (the ship had reportedly passed from Alexandria, Smyrna, and other ports, before anchoring in Piraeus), under the command of Captain William H. Eglen, with the intention of transporting to England via Malta part of the antiquities removed earlier from various monuments of the Acropolis and Athens by Lord Elgin’s team, including the Parthenon. 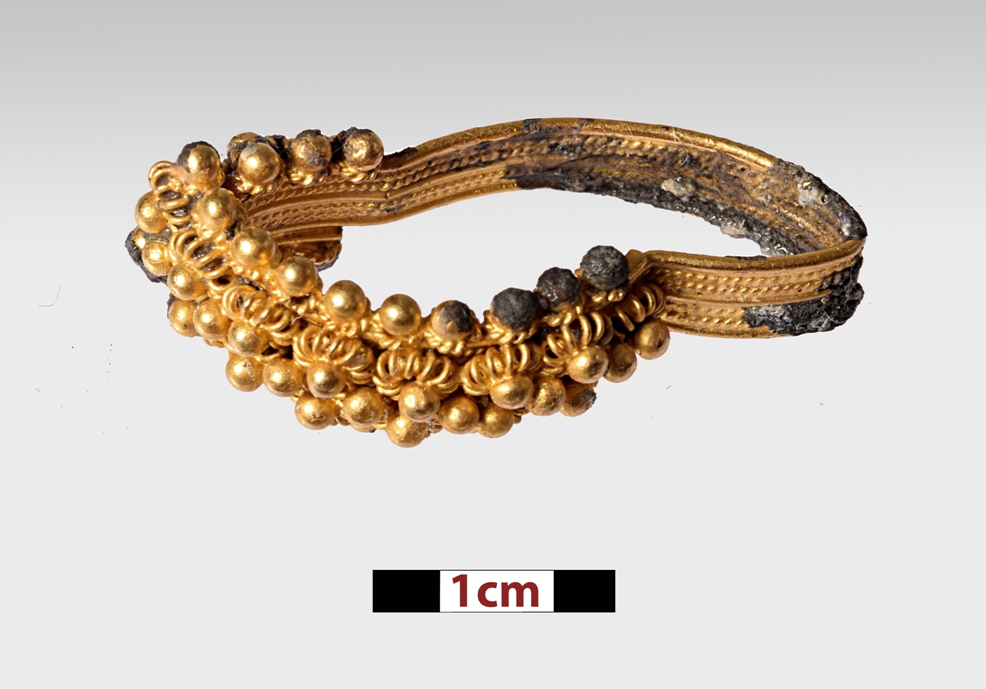 Golden ring from the wreck

According to the official bill of lading, seventeen trunks holding antiquities were loaded onto the ship. There were at least 12 people on board, six of whom were crew members and six were passengers. The crew consisted of Captain William H. Eglen, accountant or freeman John Macpharlan (or Macfarlan), navigator Manolis Constantine Malis, and three sailors: John Wigton, Ross (surname only known), and a third whose name was not preserved and allegedly came from Gibraltar. Accompanying the cargo on board as passengers were Lord Elgin's secretary William Richard Hamilton, topographer-archaeologist, Captain William Leake, artillery captain, Lieutenant John Squire, as well as three other men listed as servants to the above passengers. 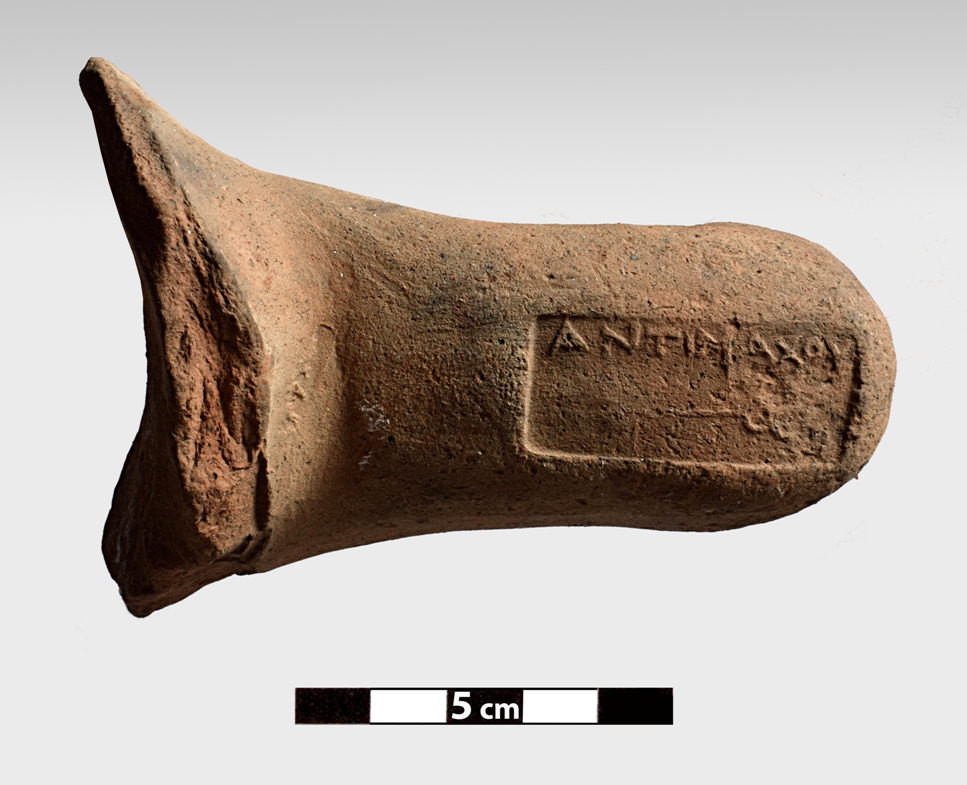 The ship set sail on 17 September 1802 from the port of Piraeus for Malta, sailing the next day around Kythera from the south towards Cape Tenaro. There it met with strong west-northwesterly winds, and according to the captain’s testimony, drifted about 40 nautical miles south of the Cape. At the same time, it appeared there was a leak, so the decision was made to head back to Kythera in order to reach the bay of Agios Nikolaos, wait for the weather to change and repair the damage.

The bay is a well-known natural anchorage protected from winds (with the exception of those from the south and southeast) according to both nautical and portolan charts. While attempting to anchor at the entrance of the small port of Avlaimonas, the ship hit rocks on the right side of the bow and sank almost immediately into a depth of some 22 meters. All aboard (passengers and crew) were rescued and cared for by both locals and crew of the "Anikitos", sailing under the Austrian flag and anchored there at the time. The shipwrecked was given considerable assistance by the British vice-consul in Kythira Em. Kaloudis, who also led investigations into the incident and issued new passports and documents for all. 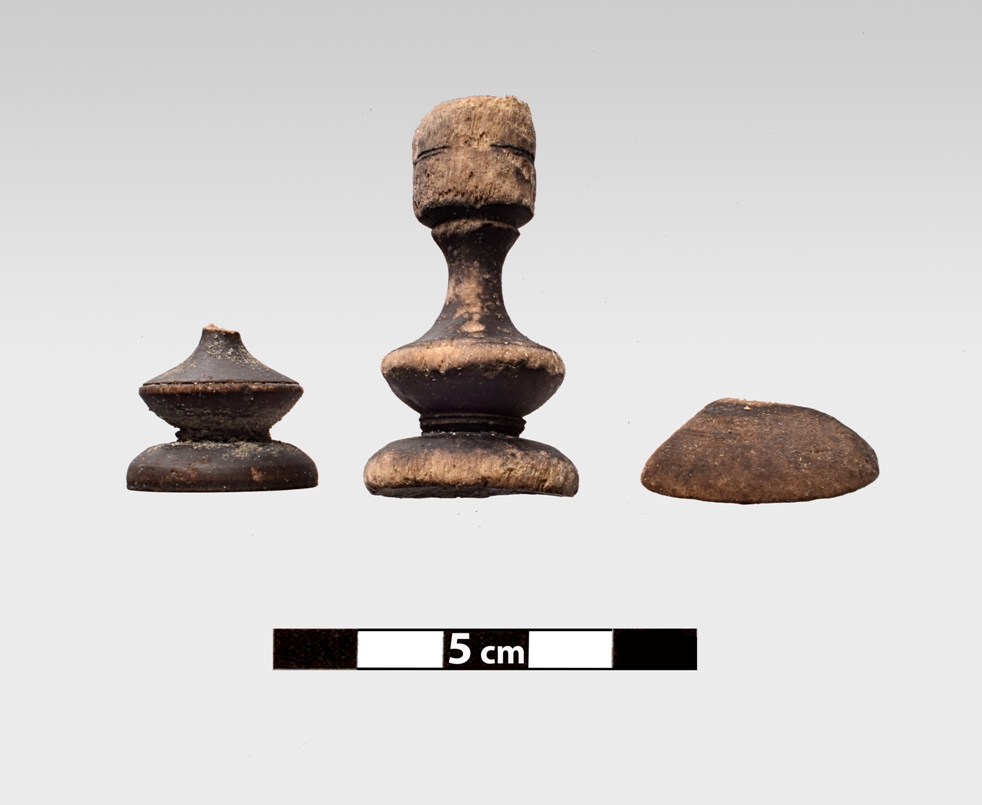 When Hamilton informed Lord Elgin about the incident, he was immediately ordered to remain in Kythera for as long as it took to retrieve the cargo of antiquities. A team of sponge divers active in the area at that time were hired to carry out the retrieval, for which purpose a large section of the ship had to be destroyed so as to allow internal access. In the course of the operation, much of the ship's equipment (auxiliary boats, sails, ropes, cannons, personal belongings, etc.) was also rescued.

On 24 October 1804, two years after the shipwreck, Giovanni Battista Lusieri, an Italian landscape artist and one of Lord Elgin's trustees, notes in his letter upon the completion of the operation: “I have the satisfaction to inform you that at last all the marbles at Cerigo have been recovered, and we have good reason to rejoice, for they all deserve to be jealously guarded…”.The transportation of the recovered boxes containing sculptures and other objects, by order of Admiral Nelson, was carried out on 16 February 1805 by the British-flagged "Lady Shaw Stewart", commanded by Captain George Parry, and the schooner «Reynard».

Following this incident, the various excavations conducted periodically are almost all related to underlying rumors that “marbles” lie still at the site of the shipwreck. Since the end of the 19th century, various on-site inspections or explorations have been conducted in order to examine the area of the shipwreck with the hope of uncovering some fragments of the antiquities from the ship's cargo.

Of particular interest is research that was conducted in 1875, when Kalymnian divers reported seeing “marbles” in the shipwreck area. The then President of the Archaeological Society and Minister of Ecclesiastical Affairs and Public Education Stef. Koumanoudis ordered P. Stamatakis, then Ephore of Antiquities of the Peloponnese, to conduct an exploration of the area, which was carried out with the assistance of the Kalymnian divers, however, no antiquities were found. This was most likely the first underwater research in the presence of archaeologists in Greece. 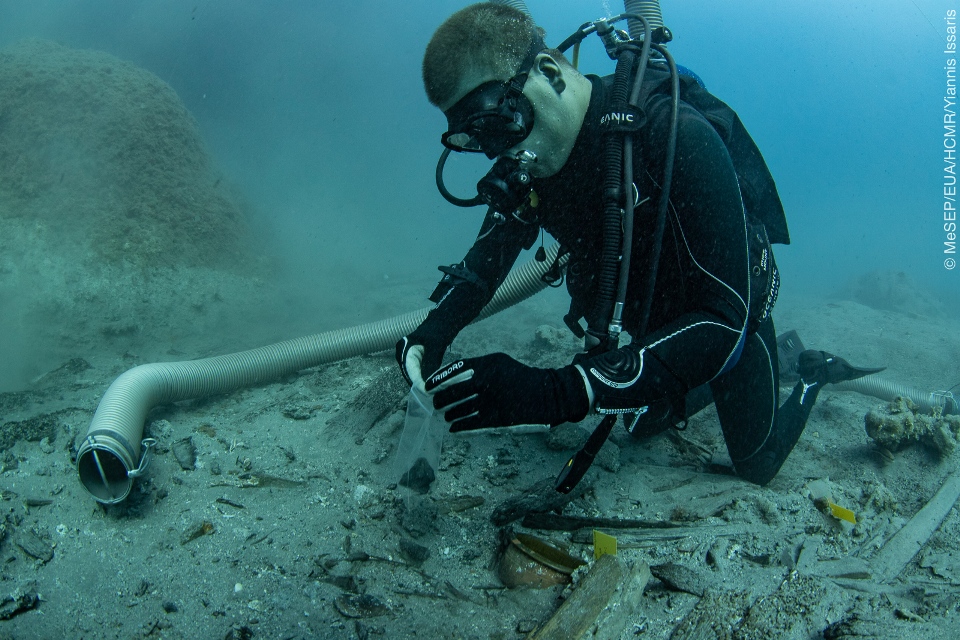 Collecting finds from the 2019 trench

About 100 years later, in November 1976, during an archaeological expedition under Commander Jacques-Yves Cousteau at the Antikythera wreck site, with the participation of Ministry of Culture archaeologist L. Kolonas, the team went to Avlaimonas and located the Mentor shipwreck. However, because the interest of that mission was focused on the ancient shipwreck of Antikythera, no exploration or diving was carried out. In July 1980, the Hellenic Institute of Marine Archaeology conducted small-scale and short-term underwater archaeological research and excavation on site. A section of the ship's hull was examined and various objects were retrieved, mainly personal items belonging to crew and passengers.

This was, in essence, the first systematic investigation of the wreck. In 1984, the Ephorate of Underwater Antiquities once again explored the site, following speculation that there are still “marbles” in the area, most notably in No.17 trunk with antiquities, which, hypothetically, has been lost or never retrieved. In the course of the investigation, various findings were collected from the site, but nothing connected to the valuable cargo of the ship has been discovered.

In 2007, the wreck site was declared an underwater archaeological site by the Ministry of Culture and protected by Greek Archaeological Legislation. Again, in 2009, a few days before the inauguration of the New Acropolis Museum, there was speculation again that there were marbles still lying at sea. 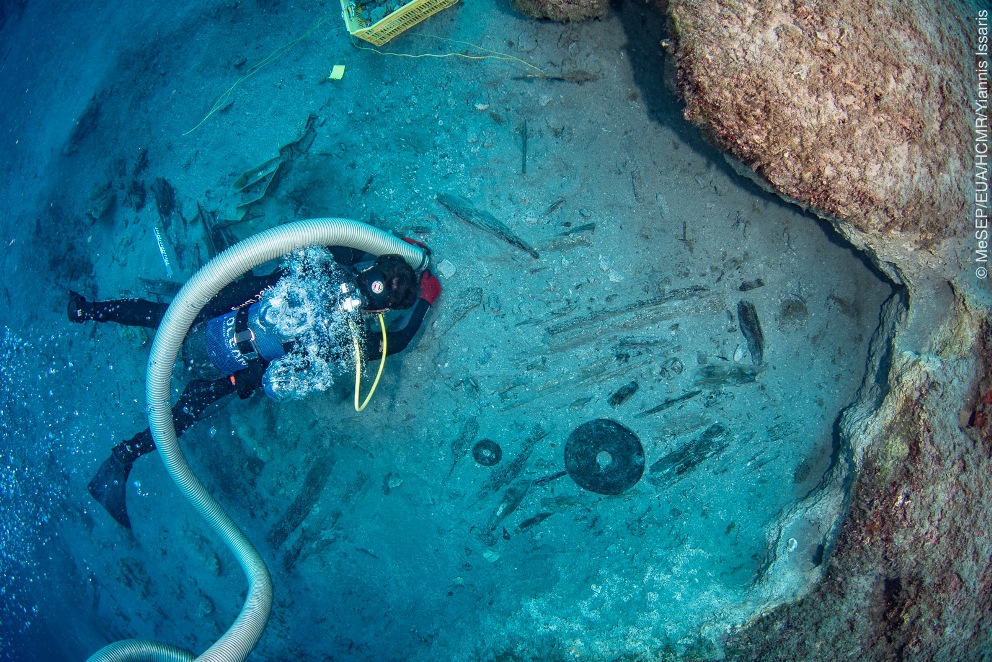 The Ephorate of Underwater Antiquities conducted a second survey over a few days. Various stone specimens were retrieved from the shipwreck for examination, as well as various scattered objects, including some shale slabs with fossils of fish and plants. Again, during this brief investigation, no marbles or antiquities were found. Finally, from 2011 to 2019 (excluding the years 2014 and 2016), the Ephorate of Underwater Antiquities conducted underwater archaeological investigation and excavation at the wreck site. The Ephorate’s research and rescue operations aimed to assess the state and conservation of the ship (2011, 2012, 2013) and then collect data on the existence of findings and objects on site (2015, 2017 and 2018). From the findings of previous years and especially of the trench excavated in 2019, it was found that further systematic research of the shipwreck could provide valuable data, both for the construction and equipment of the ship, as well as its passengers and the conditions of living onboard.

This investigation of the Mentor shipwreck and its continuation will better frame the historical event and provide a more complete picture of the grave phenomenon of the removal of archaeological treasures and their export abroad in the 18th and 19th centuries. 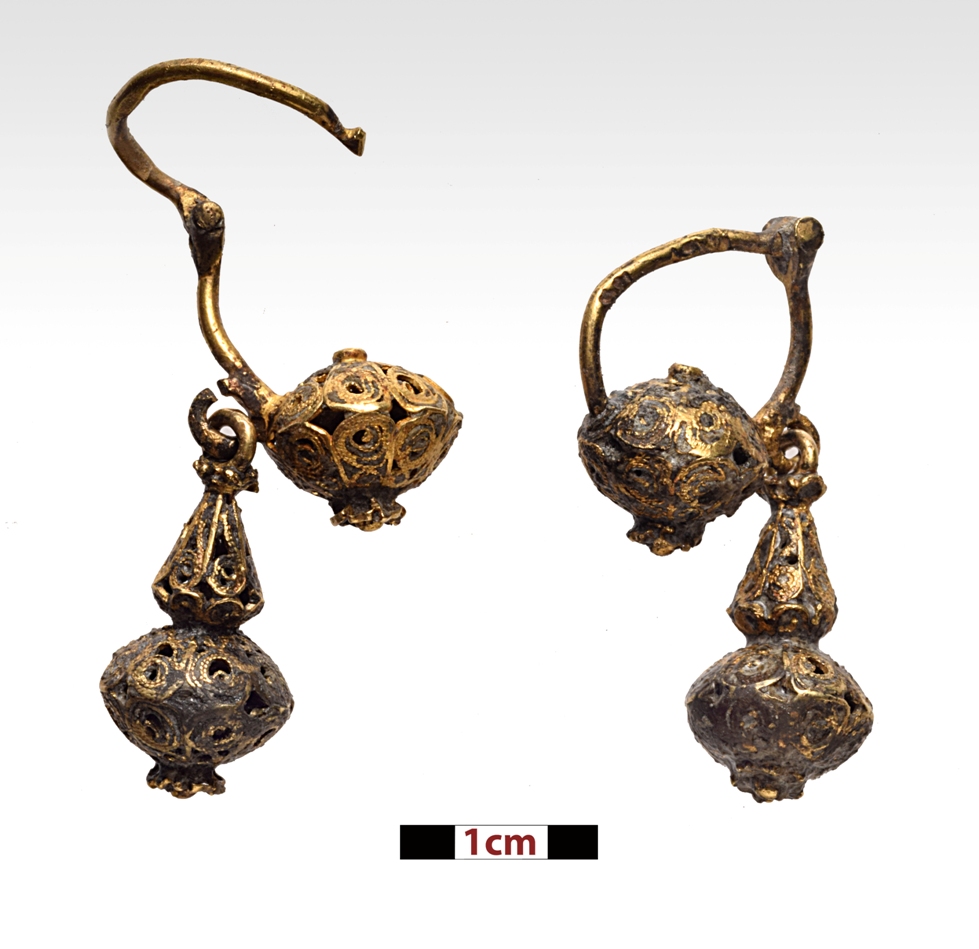 Of course, one of the most important features of the wreck is this particular connection to the owner’s history of taking hold of antiquities. Although we know from historical facts that the trunks carrying Acropolis architectural sculptures were hauled out of sea, ending up in the UK, there is evidence of secondary collections of antiquities (ancient coins, commercial amphorae stamped handles, etc.) on board, either as part of Elgin's collection or as smaller collections of his collaborators. 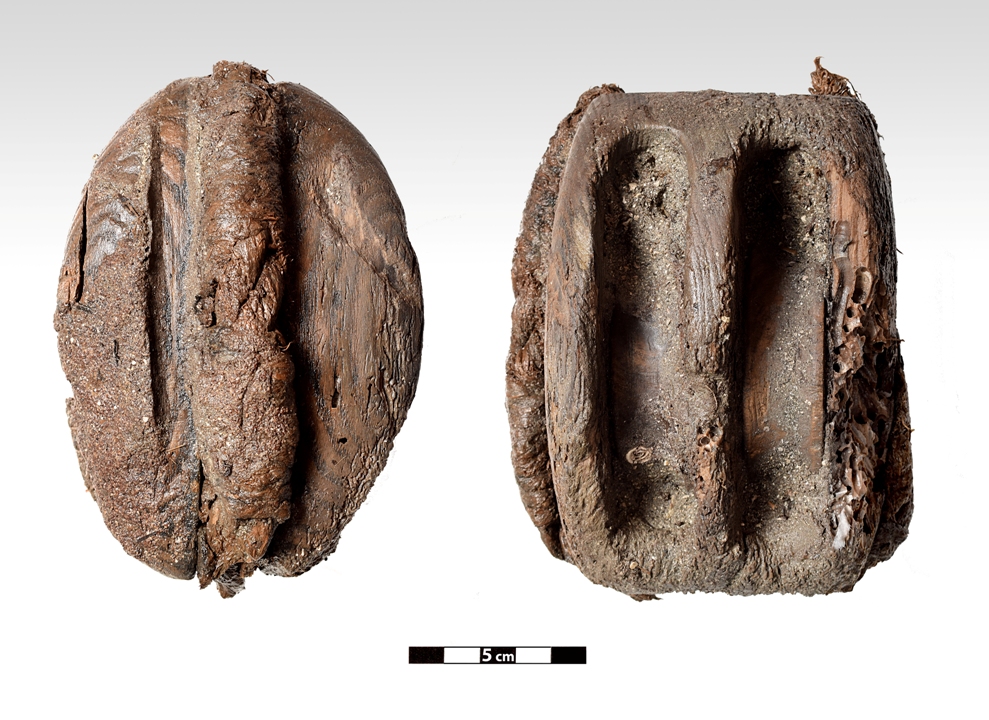 The research budget is covered both by private donations mainly by Kythirians from Australia and institutions such as the Stavros Niarchos Foundation and the Latsis Foundation, private sponsors including S. Trifillis, P. Maneas, Ilios Shipping S.A., etc., as well as the Ministry of Culture and Sport/Ephorate of Underwater Antiquities. 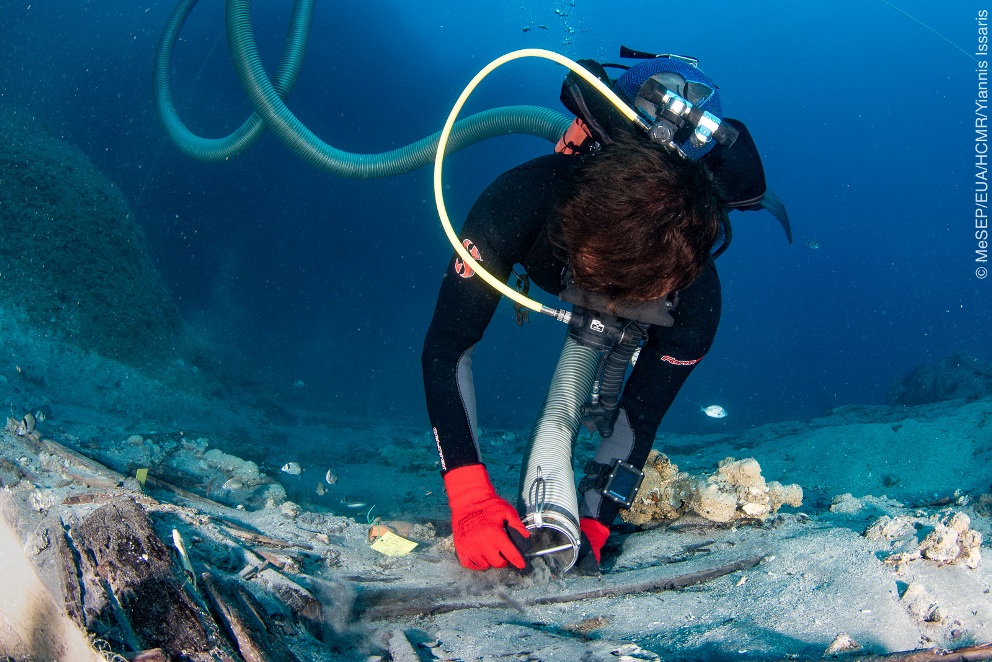 Kourkoumelis, D. (2015). “Recent Underwater Research at the Brig Mentor Sunken at Kythera (1802) στο200Years the Parthenon Marbles in the British Museum. New Contributions to the Issue. Athens: The Society of Friends of the Acropolis, 82-89.

Kourkoumelis, D. & Tourtas, A. (2014). “Excavations on the Mentor Shipwreck”, The Newsletter of the Nautical Archaeological Society. Summer 2014, Portsmouth: NAS, 6-7. 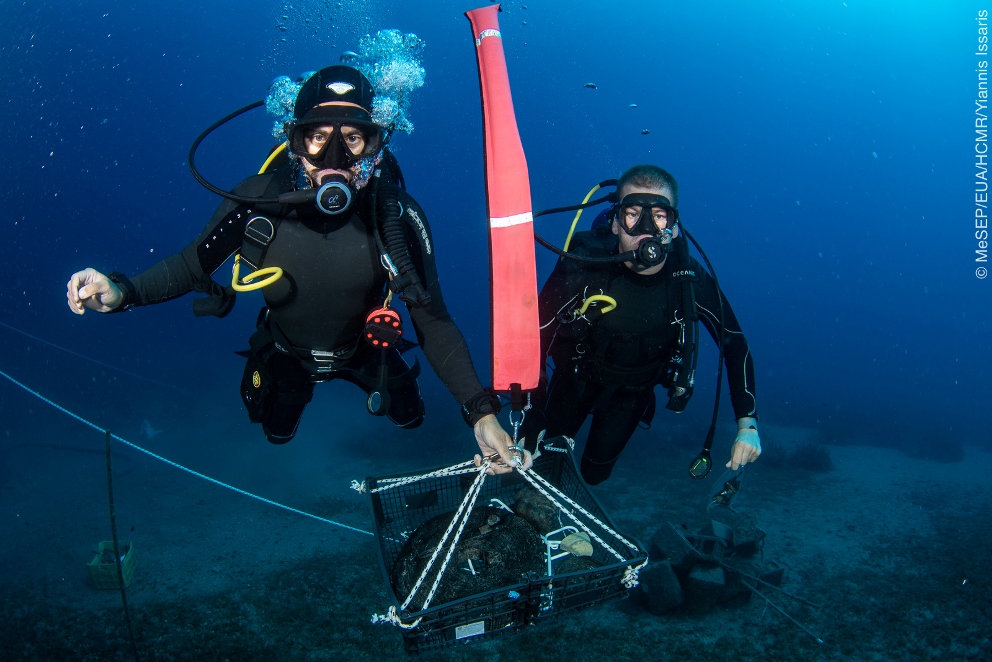 Recovering finds from the shipwreck site

General literature on the shipwreck and research area

Leontsinis G. 2010, The Wreck of the Mentor on the Coast of the Island of Kythera and the Operation to Retrieve, Salvage and Transport the Parthenon Sculptures to London (1802-1805).