Athenians in the summer enjoy the pleasures the numerous beaches of the city offer. That is the case with “Windfall in Athens”: Young Mina (Ellie Lambeti) goes for a dip on a Sunday morning at a secluded beach. Two buggers steal her bag, in which there is a lottery ticket. The kids sell the ticket to Alexis (Dimitris Horn), a young musician. The ticket wins first prize, and Mina fights to get her money. However, Alexis is now the owner, so he collects it. He begins to like her and offers her a third of the profit, but she wants it all. She takes the matter to court, but her lawyer Pavlos Karagiannis (Giorgos Pappas) - as well as the love that is developing between the two young people - work wonders and unite them forever.

“Windfall in Athens” was the cinematic debut of Michael Cacoyannis, who would become one of the Greek cinema patriarchs. Cacoyiannis (1922–2011) was born in Limassol, Cyprus, and was the elder son of Sir Panayiotis and Lady Cacoyannis. He studied law in London and was called to the Bar (Barrister-at-law) in 1943. While working for the BBC’s Greek service, first as a news announcer and then as a producer of cultural programs, he also studied acting at the Central School of Dramatic Art in London and directing at the Old Vic School. Not long after his debut as an actor in 1947, he decided to concentrate instead on directing. In 1952 he left London to settle in Athens and one year later the success of his first film (“Windfall in Athens”) marked the beginning of an international career in directing. Since the 50s, Cacoyannis directed 15 films, 36 plays, and 7 operas in Greece, the U.S.A., and Europe. His films “Stella”, “A Girl in Black”, “A Matter of Dignity”, “Zorba the Greek” and the trilogy of “Electra”, “The Trojan Women” and “Iphigenia” were regularly screened at the most prestigious international film festivals, receiving awards and distinctions. 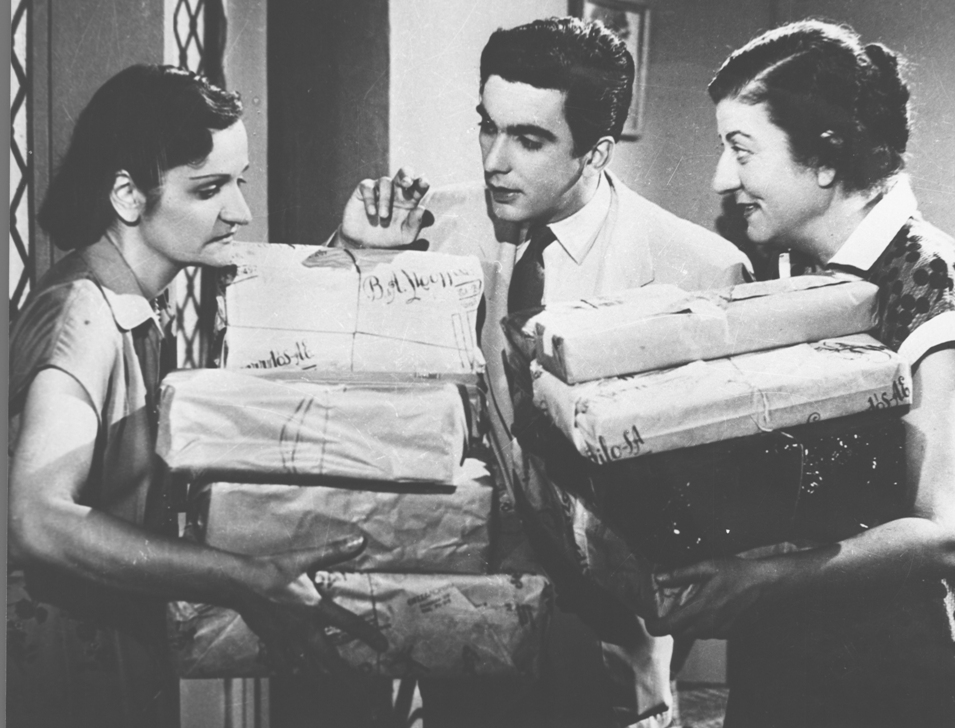 Meticulously written and directed by Cacoyannis and with the participation of eminent figures of Greek arts, such as Greek painter Yannis Tsarouchis in set design and Manos Chatzidakis, as music composer, “Windfall in Athens” received the Prize of Merit at the Edinburgh Festival and was very successful in the Greek box office. Although it was partly filmed in the studios of Egypt, the city of Athens is a protagonist in the film, portraying everyday life in the ’50s. 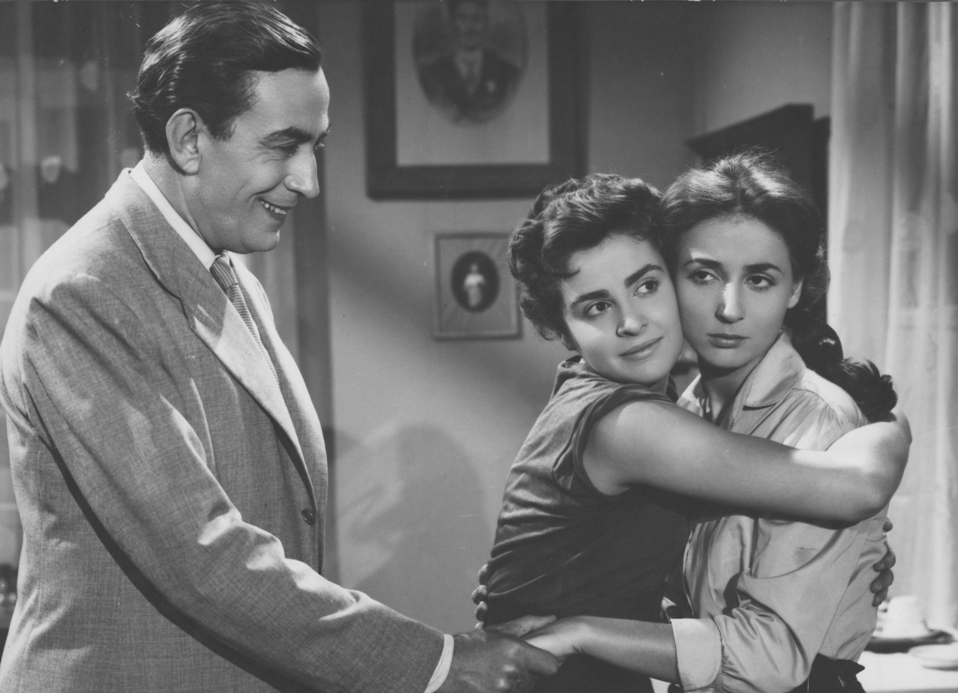 As Vrassidas Karalis (Realism in Greek Cinema, I.B. Tauris, 2017, p. 61-2) commented “With his first feature film, “Windfall in Athens (1954), Cacoyannis attempted something innovative: while most directors, especially of the pre-war generation, struggled to domesticate their camera within the possibilities and the confines of the studio and so enable themselves to be in command of its effects, he dared to take it out in the open and explore the bustling realities of a society which was still struggling to cope with the challenges of the present and the grim memories of the recent past. Such a risky exodus from the safety of the studio to the uncontrolled ambiguities of the open reality established a particular form of ever-expansive realism that was his distinct contribution to the development of cinematic realism in the country. [..] From his very first film, Cacoyannis’ camera focused persistently on the urban skyline, the streets, the houses, and the movement of people through them in a continuous spatial unfolding without horizons. By moving it amongst them at an almost frantic pace, Cacoyannis was the first director to liberate the camera frame from the revered immobility of prestigious family portraits and the allure of photographic stillness. The successful formal achievement of his first film entailed a ‘psychologisation of space’ that allowed him, as a director, to proceed with the investigation of emotional complexities and conflicts – not simply as social facts but, more importantly, as internalised psychological events.

Karalis concludes (ibid, p. 76-77) “With his first film, Cacoyannis explored the ways in which the young generation was socialised and conditioned to accept predetermined gender and social roles. Yet one could say that, formally, Cacoyannis was still trying to find his ‘voice’. He had directed a farce, an intelligent satire of the rising petit bourgeoisie, during its ascent to power in a period of reconstruction. Despite its comic sense, characterised by witty dialogue, fast editing, and funny situational misunderstandings, the film overall is a rather serious depiction of a society in a state of intense social mobility. Many social references, such as the role of the press and the judiciary, indicate the tensions that give this film its latent political edge. What is absent from its story is also important. Cacoyannis was cognizant of the fact that certain themes needed to be depicted without actually being articulated. In other words, they needed to be part of the plot, but not of the story, and to be presented in a way that allowed them to escape being noticed by the censors – or indeed the audience. Comedies, especially during the postwar period, typically ridiculed authority and its servants. The invisible authorities – the government, the army officer, and the secret police – were the central targets of Greek cinema in this period, and one could certainly claim that the invisibility of power in the film was a response to its ubiquitous intrusion into daily life. However, in the spirit of his early humanistic optimism and liberalism, Cacoyannis found a deep sense of justice and fairness – not in the legal system and the courts, but in the human desire for recognition”.