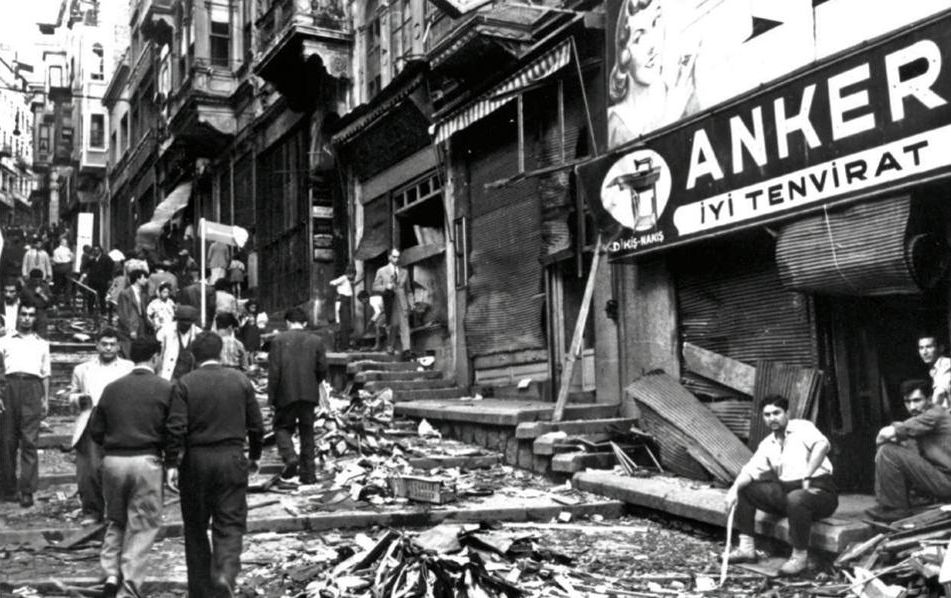 The Istanbul riots, known in Greek as the "Events of September" (Septemvriana), and internationally usually referred to as the Istanbul pogrom, were orchestrated mob attacks against the city's ethnic minorities, primarily targeting the Greek and Armenian communities, on the night of 6-7 September 1955.

Istanbul (formerly Constantinople) used to be the capital of the Byzantine Empire until the Ottoman conquest of 1453. For centuries, there remained a flourishing Greek population in the city, which came to play a significant role in the social and economic life of the Ottoman Empire. Following the latter’s collapse, and the end of the Greco-Turkish War (1919-1922), a population exchange agreement was signed between Greece and Turkey, as part of the Lausanne Convention. However, due to the importance of the Ecumenical Patriarchate for the Orthodox Church, the Greek population of Istanbul was specifically exempted.

In the early 1950s, Greek-Turkish relations were rather amicable; this, however, started to change due to the Cyprus issue. On 6 September 1955, riots erupted, resulting in several thousands of properties being damaged and ransacked, including houses as well as large and small businesses, factories, churches and schools, two monasteries, and a synagogue. The vast majority of these belonged to ethnic Greeks, while others belonged to Armenians and Jews, but also Muslims. 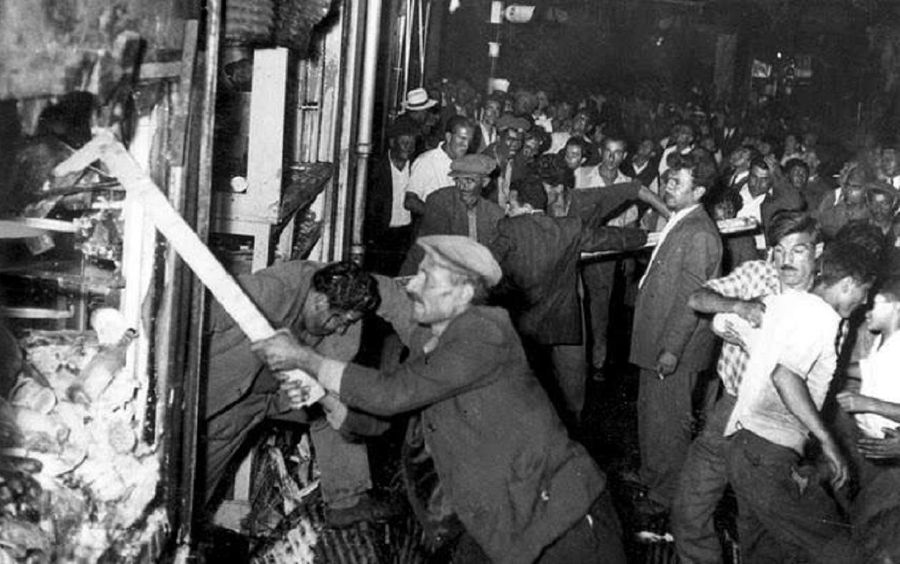 A number of business and home-owners were physically attacked by the mob, resulting in beatings and injuries, as well as deaths. The number of victims remains unverified; depending on the source, deaths, as a result of beatings or being trapped by fire, are estimated between 15 and 37.

The riot died down by midnight with the intervention of the Turkish Army and declaration of martial law. In the 1961 Yassıada Trials, in Turkey, Adnan Menderes, prime minister of Turkey at the time of the events, was found guilty for instigating and orchestrating the riots. These destructive events drastically accelerated emigration of ethnic Greeks from Turkey, and the Istanbul region in particular. The Greek population of Turkey declined from over 100,000 in 1927 to less than 3,500 today.

N.M. (Photos from the ERT archives)