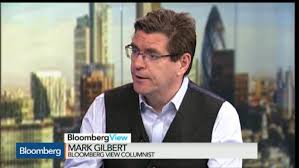 Considering the slim majority of the Greek coalition government none of the reforms achieved so far has been easy, writes Gilbert, naming its most recent achievements:  the bill that allows Greek banks to find third-party buyers for unpaid debts, the progress in the privatization of state-owned assets (especially the collaboration with German Fraport for the lease of regional airports), the agreement to sell the 49% of the electricity grid operator and the progress in the sale of a controlling stake in Piraeus Port Authority.

However, the overhaul of the costly Greek pension system remains the hardest task to achieve. “After all the progress that has been achieved, since PM Tsipras’ effectively abandoned his anti-austerity rhetoric and faced up to the obligations accompanying the bailout, it would be a real shame if intransigence over pension reform put Grexit back on the agenda”, underlines Gilbert, referring to the government efforts to protect pensions from further cuts.

In the end, Gilbert points out that it is the country’s creditors that ultimately have a responsibility to decide on the pension reform and that they should acknowledge the “surprisingly good job the government has done thus far” to accept the economic straightjacket that comes with the currency union, by showing their willingness to facilitate the government in the effort to implement its pension plans.