Helmut Schmidt: Opposing the dominant narrative of the euro crisis 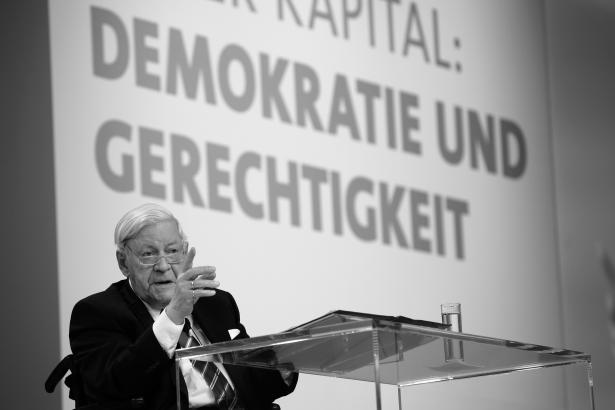 “Former German Chancellor Helmut Schmidt’s insights are especially missed at a time when the future of Europe is in question, not least due to the mismanagement of the Eurozone Crisis, where his advice went unheeded”, claims Athanasios Orphanides, former governor of the Central Bank of Cyprus, in his recent opinion piece Helmut Schmidt and the narrative of the Eurozone crisis for the London-based Centre for Economic Policy Research’s  policy portal VoxEU.org.

Orphanides stresses that six years after the crisis began, it remains unresolved. And worse yet, Europe’s elite disputes its true causes. Establishment of the euro fuelled current account imbalances and made a number of eurozone member states vulnerable to a sudden stop.  Greece became the first victim in early 2010. Economic analysis also explains the risks of fiscal profligacy, which was an important aspect of the problem in Greece but—contrary to a narrative prevalent among the European elite—was not the main cause of the crisis overall.

Although these points are important, economic analysis alone cannot explain the gross mismanagement of the crisis in the six years since early 2010. It also cannot explain the actions taken by European governments and institutions that caused a small initial shock to turn into an existential crisis for the eurozone.  This requires understanding the political dimension which include lack of crisis management requires and lack of strong political leadership.

Orphanides underlines that the French and German governments used their leverage to shape the May 2010 Greek bailout in a manner that shifted losses away from French and German financial institutions.  And that this leadership failure proved catastrophic for Greece and magnified the crisis losses for the eurozone as a whole.

Having followed the euro project for decades, Helmut Schmidt was acutely aware of the historical underpinnings of the endeavour as well as the weaknesses of its structure. In a seminal Berlin speech (Germany in and with and for Europe. Speech at the SPD party conference, 4.12.2011), Schmidt explained the crisis in the broader historical context of conflict in Europe and drew parallels from centuries of military conflict to the current predicament. His economic analysis explained how flaws in the establishment of the euro allowed imbalances to emerge.  He identified the development of persistently high balance-of-payment surpluses for Germany as “a very undesirable development”, albeit one that placed Germany in a position of immense economic strength relative to other member states.  Schmidt was concerned about how Germany might use this strength, drawing a parallel with earlier dark episodes in Europe’s history.

Opposing the dominant narrative of the European elites, Schmidt voiced concern about the risks inherent in calls for economic austerity in member states already weakened by the crisis:

“We should also avoid advocating an extreme deflationary policy for the whole of Europe. …No country can consolidate its budget without growth and without new jobs…”. “The success of the EU is thus in the national interest of all of us, whether we are French or Polish, Slovakian or Greek. And we will certainly retain all of our national characteristics, our own languages and our nation states. Nevertheless, we must work together much better than we do at present. And those who are temporarily stronger must of course help those who are weaker”.

For the Centre for Economic Policy Research analysts, excessive cross-border lending and borrowing among EZ members in the pre-crisis years – much of which ended up in non-traded sectors – was why Greece’s deficit deceit in 2009 could trigger such a massive euro zone crisis. The ultimate causes were policy failures that allowed the imbalances to get so large, a lack of institutions to absorb shocks at the EZ level, and poor crisis management.

Centre for Economic Policy Research:  Rebooting the Eurozone: Agreeing a Crisis narrative - a new CEPR Policy Insight, 25.11.2015; Charles Wyplosz: The Eurozone crisis, Too few lessons learned, 7.9.2015; The Eurozone Crisis: A Consensus View of the Causes and a Few Possible Solutions, 7.9. 2015

See also: Greece, Helmut Schmidt and the start of a complex European relationship 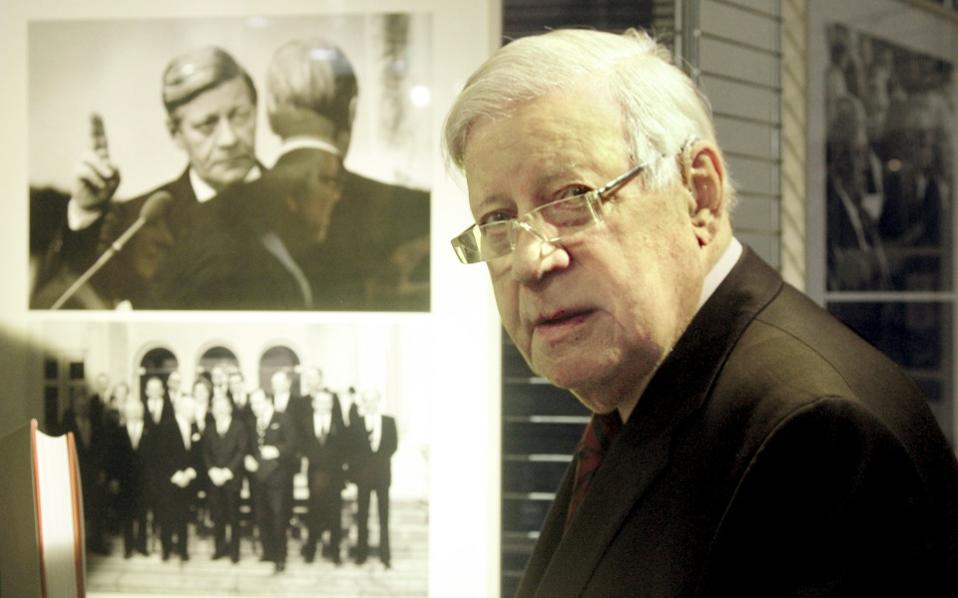