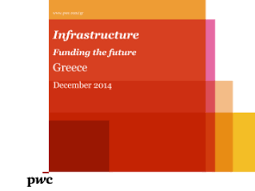 According to OECD, global infrastructure needs (excluding telecoms and social infrastructure) are expected to increase to around $ 55 trl by 2030, but infrastructure investments in Greece follow a significant downward trend in recent crisis years, mainly due to recession and fiscal restrictions, as pointed out in the study "Infrastructure: Funding the Future" that was recently published by PwC Greece. The study outlines the major infrastructure projects in Greece (that is, public works in transportation, energy, water works and waste management) which are already under implementation or at an advanced project plan design stage. Out of the 78 projects scheduled to be delivered by 2022, 33% is energy related, 29% is metro/train related and 25% is related to road transportation, with their value standing is at € 20.7bln. Specifically, announced tourist infrastructure and waste management projects (the latter financed through Public–Private Partnerships), estimated at 13% of total pipeline budget, are key to development and improvement of quality of life.

However, the infrastructure projects in Greece were severely affected by the deep recession and the fiscal restrictionshaving as a result the reduction, in 2015, of the direct employment rate by 53% and 8.5% compared to 2009 and 2013 respectively. Specifically, the investments in infrastructure, as a percentage of the GDP, collapsed from 3,7% (2006) to 1,1% (2015) losing €5,7 bn on a yearly basis (total loss of €50 bn). Thus, the infrastructure investment gap is between 0.8% of GDP (against the European average) and 1.3% of GDP (against historical performance) translating into 1% or €2bln new spending per year.

Most of the infrastructure projects in progress have been delayed, while there are also delays at the planning, funding and contracting phase of the projects. The quality of infrastructure in Greece is also substantially inferior to Western and Northern European countries, with the country ranking 24th in E.U. classification, demonstrating a systematic quality deficit. Moreover, according to the study, traditional funding sources (such as loan facilities and Public Investments Program) are becoming less sustainable over the years, shifting the financing focus to the private sector, taking into consideration that, historically, private funding in Greece was limited to about 15% of the total budget, while public sector financing (State and EU) accounted for around 40%. 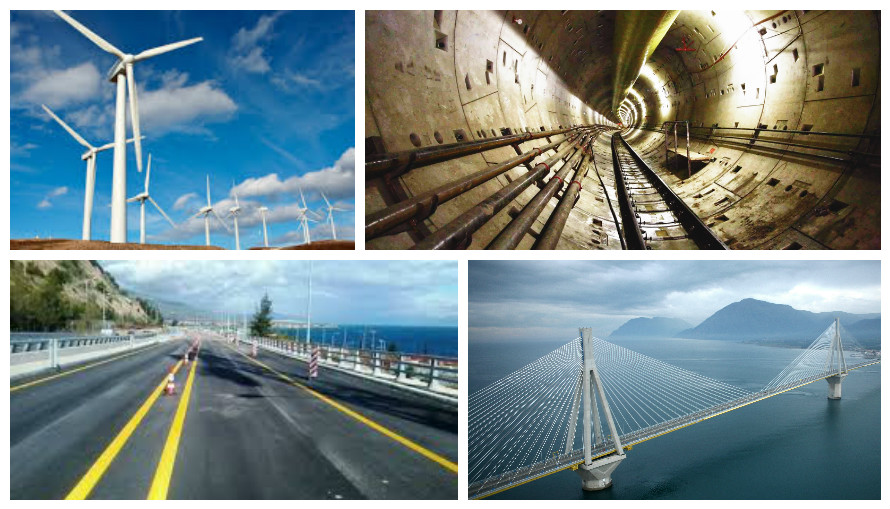 Given the substantial need for infrastructure investment globally for the next 15 years, which is estimated at $2.8trln per annum or 3.7% of global GDP, the study concludes that the need for infrastructure investments in Greece is evident, in terms of both capacity expansion and quality improvement. Specifically, infrastructure investments in Greece can have an economic multiplier of 2x which can boost demand of other sectors. The construction sector will be enhanced creating new employment opportunities on a regular basis, attracting foreign investors and improving economic growth. Moreover, Public–Private Partnerships (PPPs) and Project Bonds could provide a significantly higher private sector participation in infrastructure funding, adding a low risk element in institutional financiers’ portfolios, having as prerequisite the business environment improvement and lower levels of political uncertainty.