Greece continues to face a critical juncture despite the successive bailouts since 2010, argues Filippa Chatzistavrou, research fellow at Hellenic Foundation for European and Foreign Policy (ELIAMEP), in her article (October 3, 2016) “Third Greek Bailout: Unmet Aspirations in the Age of Austerity”, published in the IEMed Yearbook 2016 of the Barcelona based European Institute of the Mediterranean. Further on, Chatzistavrou comments, asked by Greek News Agenda*, on European Council meeting in Brussels, on December 15.

According to Chatzistavrou, the arrival in power of the SYRIZA party in January 2015 brought an end to the “maximalist aspirations for economic and social change in Greece”. A few months of negotiations during the first half of 2015 were enough for SYRIZA to understand that the EU’s economic agenda exercises full control over a large spectrum of national public policies, even more so when dealing with highly indebted countries. The third loan agreement and the July 2015 memorandum further enforced the EU’s extensive apparatus of surveillance of the Greek economy. The Greek government is being called to satisfy predetermined fiscal targets that are barely achievable, while the stringent requirements in the third economic adjustment programme continue to generate the negative socio-economic effects related to recession, unemployment and rising Euroscepticism, making it more difficult for Greece to reach its expected fiscal objectives.

Chatzistavrou traces back the various stages of the negotiations with lenders following SYRIZA’s rise to power, noting that in the early stages, PM Alexis Tsipras insisted that the memoranda reach their end and that he would only negotiate for a new loan agreement without conditionality, austerity and structural reforms.

After the interim agreement of February 2015, Tsipras understood little by little that his room for maneuver was pretty narrow. Minister of Finance Varoufakis’ presence contributed to further erosion of the Greek government’s negotiation capacity, leading to the extension of the negotiation round to the summer of 2015, by which time the State’s cash reserves had dried up. According to the author, Tsipras’ ambivalent position on the referendum that took place on 5 July 2015 was already a sign of his embarrassment at having trapped himself into maximalist politics that had generated expectations in Greek society that were unachievable.

After the agreementof July 2015, which Chatzistavrou describes as capitulation, Tsipras had begun to use normalizing rhetoric, arguing that despite austerity rules his government intended to develop a parallel growth agenda. Since then, this discourse has further evolved into an approach more aimed towards protecting the most vulnerable individuals from the effects of austerity.

Following the September 2015 elections, the Greek PM committed to respecting Greece’s commitments with its creditors, abandoning talk of debt cancellation and dropped plans for national reconstruction. As the author comments, the third memorandum is much more restrictive and specific than those previously agreed, as, in an attempt to address previous failures, it imposes continuous evaluations and prospects of revising measures and stipulates that any time creditors consider the assigned objectives not achieved, they can replace the adopted measures with others. Under daily institutional surveillance and financial control, the Greek government is being called to satisfy predetermined fiscal targets that are barely achievable, she underlines.

Chatzistavrou maintains that Greek society at large feels that no social justice principles govern the economic adjustment imposed – the added tax burden, the painful pension and social security reforms, although SYRIZA claims the opposite. In this context, recent polls show rising discontent among Greeks, whilst Euroscepticism is becoming increasingly embedded in various layers of Greek society.

In fact, she underscores, the left - right wing divide within the Greek political space no longer concerns economic issues but the blame game, in a division between self-blaming, unconditional Europhiles on the one hand, and anti-European, Eurosceptics who blame others for the crisis.

Chatzistavrou further contends that as a result of the IMF’s exceptional funding towards Greece as well as its negative forecasts for the Greek economy, the IMF asked for a Greek debt haircut during the spring 2016 negotiations. Initially, the debt talks were scheduled for October 2015, but were repeatedly postponed, given the EU’s reluctance to become involved in the matter. The debt issue had been used by the EU as a future reward for implementing austerity policies.

Following the spring 2016 negotiations for the first review of the 3rd bailout programme, an agreement had been reached on the contingency fiscal mechanism regarding the possible adoption of additional structural, including revenue related, measures. Provided also that the bailout deal would be fully respected by the Greek government, a technical package of short and medium term debt re-profiling measures could be implemented (lengthening of maturities, smoothing or reduction of interest rates, deferral of interest payments).

Chatzistavrou concludes that for the creditors, the management of the Greek problem will take years. Even under a fictional high-growth scenario, Greek public debt remains unsustainable. The IMF will not participate in another aid plan, while the EU seems unwilling to reform eurozone governance in order to put an end to the conditionality approach now embedded in the EU system.

What lies ahead on EU Summit?

Filippa Chatzistavrou comments for Greek News Agenda on the stakes of the December 15 EU Summit in Brussels, as follows:

“The basic rules of the game remain the same; the European institutions and the IMF continue to serve their own agendas. The Eurozone needs to prove that it maintains its managerial capability and that rules are adhered to, while the IMF is seeking to restore its credibility and technocratic efficiency. Aiming to flush out its image as an austerity machine and regain that of an international financial organisation, the IMF politicized the debt issue by taking a public stand, something that has deeply annoyed the Eurozone and the ESM.

Meanwhile Greece is stuck the middle, with no substantial prospects of economic recovery, and the issue at hand is merely the ‘how’ and ‘how much’ of austerity tranches. The Greek side is ready to discuss a two-year extension of the ‘cutter’ (automatic fiscal adjustment measures) so that the IMF remains in the programme. The Eurozone believes that it subsidises Greece, and the IMF seeks the continuance of reforms, asking for legislation and quantification of measures beyond 2019, measures that in any case generate austerity. Neither the Eurozone nor the IMF regard the easing of measures necessary so that the Greek economy could get back into shape.

The disagreement between the EU and the IMF over the importance and the viability of Greek debt is of such an extent that it is difficult to see how common ground could be found. Schaeuble himself has recently stated that IMF rules are not compatible with the European programme, but the IMF’s participation is indispensable; and this is not going to change until the German elections.

What is at stake at tomorrow’s Summit is keeping the agreement with Turkey on refugees alive; the Greek programme is not on the official agenda. The refugee issue and the Cyprus issue are the political items under discussion. The position remains unchanged: the evaluation and negotiation of the Greek programme lies with the Eurogroup alone. This is the German approach and it will not change, there is no chance of politicizing the issue. It is in this context that the freezing of the implementation of short term measures on Greece’s debt were announced earlier by the ESM board, until the financial impact of the Greek Governments’ recent decision on additional resources for pensions and VAT is assessed. The political climate under these circumstances is not going to be helpful, given that French and Italian support will be absent this time on account of political developments taking place on their respective home ground”. 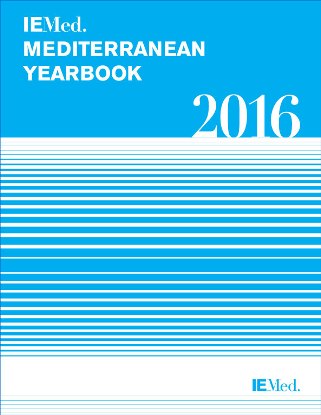