Economist Kostas Melas: Macroeconomic indicators allow us to be optimistic for 2017

The next weeks will be crucial for the negotiations between Greece and the institutions to complete the second review of the adjustment programme. According to State Minister and government spokesman Dimitris Tzanakopoulos (17.01), the government has stressed many times and in the clearest way that there is no possibility it will proceed with the legislation of new measures. However, if there is agreement on all matters –such as the medium-term measures for the debt and the fiscal path that the Greek economy will follow in 2018– and all that remains is an increased guarantee toward the IMF, then we are prepared to enter into a discussion on such mechanism," Tzanakopoulos said. 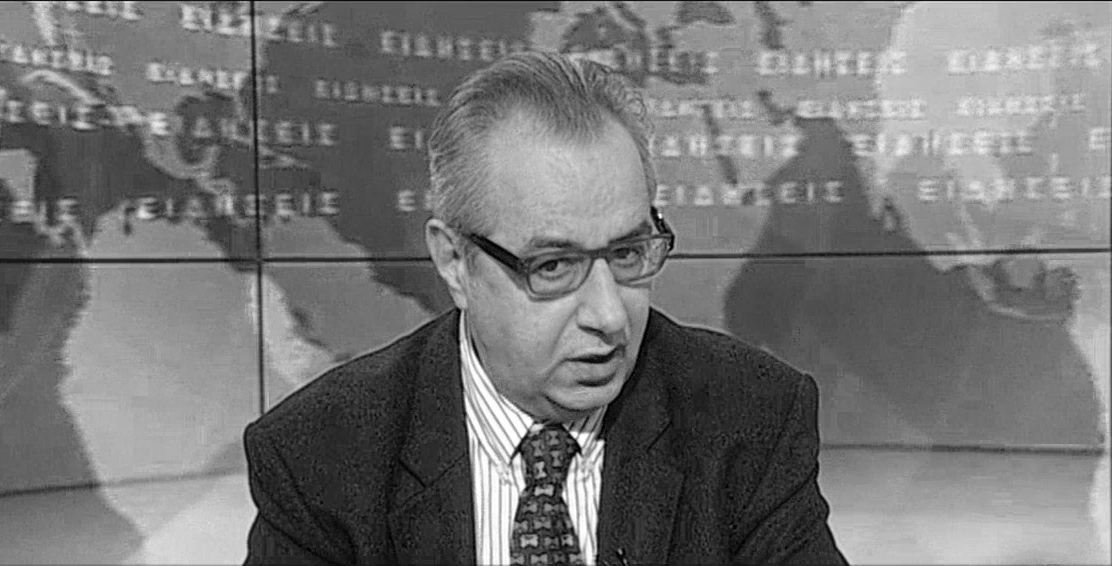 Economist Kostas Melas recently conceded an interview to newpaper Epohi (08.01), were he elaborated on the overperformance of revenues in the state budget and how these positive marcoeconomic indicators allow us to be optimistic about the course of the Greek economy in 2017. Melas also spoke to Greek News Agenda* to provide commentary on the ongoing negotiations between Greece and the institutions, in light of the upcoming Eurogroup of January 26 as well as the recent statements by German Finance minister Wolfgang Schäuble on the posibitliy of an IMF withdrawal from the current adjustment programme.

What do you think of German Finance minister Wolfgang Schäuble’s recent comments in the Wall Street Journal about IMF withdrawal from the current adjustment programme?

Schäuble, as political being, is playing political games, addressed to the German electorate as well as to the Greek government. But it is not just political game, behind this statement is a solid view that Schäuble has held for many years and has expressed in various ways. We shouldn’t understand this statement on a purely communication level. Essentially, Schäuble does not object to the measures proposed by the IMF on budget restrictions (like cutting pensions or reducing the tax-free threshold). He just lets these proposals be put forward by the IMF, in part because the European Commission has different views on the austerity measures required.

How do you think the negotiations will evolve in the coming months?

The Greek government is, I believe, already preparing a compromise proposal on the measures requested by the IMF for 2019-2020. This compromise could be, for example, an extension of the fiscal cutter or a reduction of the tax-free threshold from 2019 onwards, but without these measures being legislated as such at the moment. I think that this is more or less the way the Greek government will proceed, because it needs the second review to be concluded, if it wants to follow its narrative, i.e. conclusion of the review, inclusion in the ECB’s Quantitative Easing scheme, regaining of trust, warming up of the economy and then achievement of growth etc.

No one can be sure that things will evolve exactly like that. And in my personal opinion this is not the ideal. But this does not matter, what is important within a narrow framework of power with limited degrees of freedom is what moves you can actually make and what you consider as a  priority. And the Greek government’s priority, from what I have understood so far, is to achieve credit easing and growth for the Greek economy, of course with the lowest possible cost, economic or social.

Ιnterview for Epohi newspaper: Macroeconomic indicators allow us to be optimistic for 2017

Usually, the discussion on the economy is limited to fiscal data. However, data relating to the real economy are of interest and they account, at least partly, for this year’s overperformance of revenues.

Indeed, marcoeconomic indicators for 2016 are so far relatively better than expected. The prediction is that we will reach a 0%-0.1% of GDP growth, compared to the -0.3% we expected. Even while austerity persists and disposable income continues to fall, there are other factors that contribute to the growth of private consumption and retail sales.

What are those determinant factors responsible for GDP growth?

First of all we have a reduction in unemployment (23% this October compared to 24,5% in October 2015). This means that new workers are entering the labor market and therefore, new income is generated and consumed. Secondly, people who still have deposits in banks, withdraw money from their savings in order to maintain a standard of living. But the most important factor is the first. A decrease in unemployment, even in the order of 1-1.5%, means that the market is infused with several new incomes. This is recorded also as an increase in the volume of wages for 2016, which reached 0.8-1%.

Thirdly, there was an increase in gross fixed capital formation (8-8.5%), which refutes the argument that there are no investments. This figure results from the increase in construction, which is calculated on the basis of building permits. For example, during the third quarter of 2016, the production volume of construction has increased by 77% (55% on buildings and 93.9% on infrastructure). These figures, of course, have no direct impact on the pockets of the people, but have their macroeconomic importance; otherwise we could not have GDP growth. The fourth factor is the improvement in exports, excluding oil, by 1%. Therefore, during the first 9 months of 2016, households have increased their consumer spending and the Greek government has just cut its costs. The above trend is confirmed in the provisional October-November 2016 data. These are factors that generate stabilization for the macroeconomic indicators of the economy. And it is an important step forward in a situation which has been different during many years, this should not be underestimated.

Speaking on the overperformance of revenues, there is also the issue of combating tax evasion. As stated, however, by the Finance Minister Euclid Tsakalotos in Parliament, this fight has been more difficult than expected. Is it really that difficult a task?

I am one of the few Greeks who argue that the fight against tax evasion is very difficult in Greece. Whoever sets big goals not only fails, but provides the institutions with ammunition. Because a key argument of the institutions, whatever the government, is that there is a high tax evasion and corruption, which leads to the demand for more and more measures. Indeed, it is estimated that tax evasion in Greece is around 26-27%. Of course should we take into account the structure of Greek society, where there is a 35-37% of self-employed, something that does not exist in other European countries where wage labor is over 90-95%. And let us not forget that tax evasion in Germany is 17%. Not a small number. Tax evasion is a structural problem of the country and of course must be combated. But this must be done very carefully and without grandiose announcements.

Macroeconomically speaking, sure. Here is the following big issue: you start from a good base for a budget surplus, estimated to reach a 0.7% of GDP, after allocating 617 million to pensioners. And as we said, we have an improved market sentiment in terms of macroeconomic indicators. Therefore, if Greece sticks to this programme, regardless of whether it was good or not, the conclusion of the second review will contribute to economic growth. If the review is not concluded, as more time passes we will probably lose the good momentum that exists right now. However, I believe that the review will conclude after a compromise on what IMF proposes, which will probably now have the role of consultant.

Will Greece, according to estimates, be able to return to the markets within 2017?

As provided for by the programme, in the second half of 2017, Greece –if it meets the conditions– will be given the opportunity to do a test return to the markets in order to finance some needs at the end of the program. This time will be very critical. For this the country must be able to demonstrate that it has achieved what is required so that trust can return and expectations continue to be positive.

An autonomous factor that must consider is banks. The latest figures show that for the first time in 2016 they will have some profits. Do you think that the banking sector will be able to contribute, in 2017, to the positive performance of the economy?

The biggest problem right now is not a lack of liquidity, which will continue to exist in 2017, but the resolution of the issue of the banks' governing boards. Banks still have not managed to find to resolve the issue of their administrations and therefore their plans for the future. For example, we are not sure what will happen to the National and Piraeus Banks. The most important, in my view, stake, is the role of the Greek Financial Stability Fund. The permanent supervisory mechanism of the European Central Bank (SSM) seeks –according to information– to put a stop to the institutional role of the FSF  intervention in banks. This means that the State will remain as a simple shareholder and operate as such, while the supervision of the banking system will be at the hands of the SSM and the Bank of Greece.

I'm afraid that even if we solve the issue of the banks' governing boards, the new boards will be filled gradually by foreigners, and this means that banks will strat functioning a different way. i.e., lending criteria will become harder, the analyses will become more strict and do not know if this is helpful at a time when the economy needs liquidity.

The reports show stabilization for banks in 2016. Has their situation really improved?

Indeed the banks will show a profit, but I insist that the main problem is that of administrations. I believe, however, that during 2017 liquidity will be difficult, unless Greece joins the QE. And let's not believe that these 3 billion of the QE will go to the Greek state, the banks would receive it. Beyond that, the bank, as intervening authority would channel, with its own criteria, this money to the real economy. And here is the big problem that we see in Europe, because banks are not investing money in the economy. However, it is better to have liquidity, even stored in the central bank than to not have it at all.