“The name issue and the inescapable national road” by Prof. Nikos Marantzidis 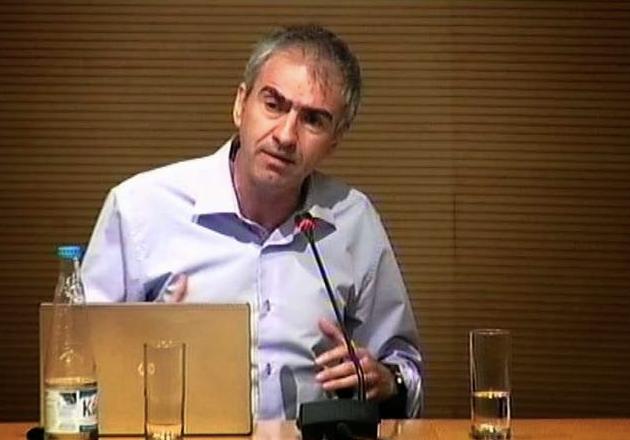 Nikos Marantzidis is Professor in the Department of Balkan Slavic and Oriental Studies of the University of Macedonia and visiting Professor in Charles University in Prague. In his article titled “The name issue and the inescapable national road” in Kathimerini Sunday paper (17.6.2016) he underlines that the case of resolving the FYROM name issue should be examined in the perspective of Greece’s stable orientation towards the West:

From the naval battle of Navarino to the two World Wars, joining NATO and then the European Union and the euro, our country's position in the western block was, in general terms, stable. Whoever seriously challenged this principle regretted it bitterly or was forced into humiliating retreat.

Undeniably, the "Western choice" was not always easy. A part of the country expressed discontent and triggered significant, time-consuming reactions concerning this choice. If we had to estimate, in no way would we characterise these reactions marginal. It is doubtful whether we would say that they belong to a minority.

[...] In the mid -‘40s, many regarded the USSR with expectation, even more were hostile towards NATOback then, while in 1980, a mere 38% of the citizens believed that our membership in the EEC was a good thing.

In fact, there has been a widespread objection to the country's western orientation over the years. The hard core of those opposed to the West rallies about 20% of Greek society, but under certain circumstances, anti-Western sentiment is threateningly transformed into a majority power.

It is not just about foreign policy, it has to do with the political institutions and the fundamental values that govern a society. Professor Nikiphoros Diamandouros has maintained that the cause of this is the "cultural dualism" that our country is experiencing. According to the above analysis, "two Greeces" coexist in Greek society. One is the traditional Greece, which is a follower of the Balkan-Ottoman heritage, shaped to a considerable extent by the anti-Western stance of the Orthodox Church and which has a tendency towards isolationism, especially when it feels threatened and wronged. The other is the modern Greece, which draws its spiritual roots from the Enlightenment and the liberal heritage, more cosmopolitan and more committed to representative democracy. These two tensions divide the political system horizontally and have representatives on both the Right and the Left. 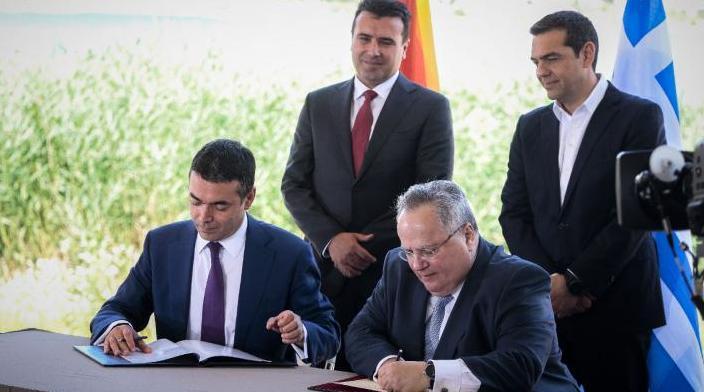 Signing of the agreement between Greece and the Former Yugoslav Republic of Macedonia, Prespes July 17th, 2018

However, if we want to look at ourselves in the mirror, we have to admit that our country has developed comparatively more than other states in our region, because the West has been the only national road. Particularly during the period after the fall of the junta regime (“Metapolitefsi”), the non negotiable western course constituted our consensus; let us call it the "Athens consensus". Despite the occasional nonsense uttered by some of the political elites, when the time for decisions came, the political compass always pointed to the West. Clearly or implicitly, the "we belong to the West" dogma was the common denominator of the last forty-four years of Greek government. Whenever we hesitated, though, or were afraid of the political cost, the price of delayed choice became more expensive, sometimes too dear.

We have to examine the case of resolving the issue of the name of our neighboring country under this approach. One has to be blind or an opportunist not to see it. It is not just a matter of good bilateral relations. It is a wider issue related to the Western strategy of preserving the stability of its presence in Southeastern Europe. As the Balkans have become a new field of competition, FYROM must join NATO and Greece must contribute to it. In this perspective, solving the name issue will be a victory for the West at a time when it is being challenged by all sides. Let's be frank: whoever hinders the solution intentionally or not, it is of little importance, plays the game of the opponents of the West.

Everyone has realized that Russia by no means wants to solve the problem and it attempts to undermine it with the creation of "Russian parties" in the Balkans. The name issue is also a tool for Russian penetration in both FYROM and our country. Russian politics support the "ultra-patriots" of both countries in order to destabilize the western block in the Balkans.

Finally, but not surprisingly, intransigent hyper-patriotism is once again more connected with the interests of another country than with ours. Let's hope that the hypocritical elites pretending they do not realize it, will not end up harming the country; little do I care if they harm themselves.