The Greek parliament ratified yesterday a set of reforms and measures, including streamlining civil service salary structures and opening the market for banks to sell off bad loans to overseas funds. All MPs of the governing coalition approved the Bill of prior actions required for the release of 1 billion euros bailout funding, while all opposition lawmakers voted against.

The approval of the Bill would “free up much needed liquidity and boost economic activity”, Deputy Finance Minister George Chouliarakis told parliament ahead of the vote. Pension and tax reforms must also be adopted in January prior to the first bailout review, which PM Tsipras wants to conclude swiftly so as to open the way for debt relief talks. 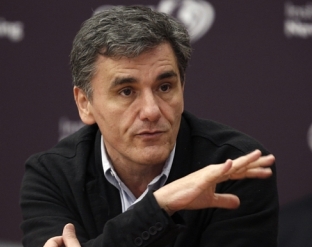 As Greece’s Finance Mnister, Euclid Tsakalotos noted in a recent interview, debt relief talks are “absolutely crucial to the question of Greece’s future hanging in the balance… It is critical that the can isn’t kicked down the road.”

“My biggest worry”, Tsakalotos adds, “is reform fatigue, laws keep coming, laws keep being passed and people don’t see light at the end of the tunnel. We have had 12 cuts in pensions already.” Creditors have to accept that certain reforms can only be enforced gradually, and it’s “important that Greeks feel their sacrifices are paying off.”

The Greek government plans to take initiatives in tackling corruption, eradicating tax evasion, as well as in health and education – as it enforces unpopular reforms. In this vein, a “social program” bill, aiming to alleviate the humanitarian crisis and counter-balance tough economic measures, will be introduced today. The program includes health care for uninsured citizens and documented migrants, broadening of criteria for eligibility to lower electricity bills for those in need, Welfare work for the unemployed, free meals in schools, and benefits for families with 3 children.