EU Funds: Greece aims for Green Development and Tourism in 2016 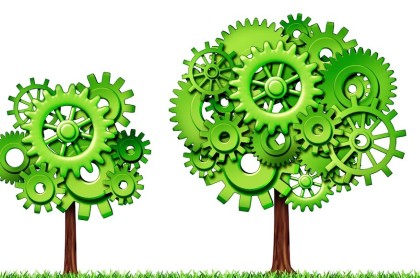 Alternate Economy Minister and responsible for the EU National Strategic Reference Framework (NSRF) funds for 2014-2020, Alexis Haritsis, announced last week that the funds for the 2007-2013 period were successfully implemented, specifying that Greece is among the EU countries with the highest absorption rates for this period: “We achieved the full implementation of the 2015 Public Investment Program, and in just three months (October-December 2015) a total of 5 billion euros were distributed to the real economy.” The minister added that the government will launch this January the application procedures for the new 2014-2020 NSRF funds.

In his interview with Green Agenda last week, Haritsis talked about Greece’s plans to support green production announcing that 2016 will be a year of “Green Development” for Greece, as the government has planned actions worth around 500 million euros in 2016 to boost green business. Some of these actions include previous projects such as collection and processing of urban waste, as well as completely new actions, such as waste management, restoring of mountain tracks in tourist destinations, modernizing campsites in regions of increased environmental interest and initiatives to improve city environment. Furthermore, Greek authorities are redesigning existing funding tools and extending their operation until September 2016, while creating new agencies such as a Development Bank.

Tourism professionals will also be able to tap into three NSRF programs, which cover startups, the upgrade of tourism infrastructure and facilities. More specifically, funding will be distributed to micro and small tourism sector enterprises in order for them to modernize facilities, improve the quality of services, enrich products and improve their position in the domestic and international tourism market.