Greek Finance Minister Euclid Tsakalotos has been touring eurozone capitals in the last days to explain the country’s reform measures, to seek support for an early, positive review by international lenders, and to drum up support for debt relief.

His six-stop tour ended in Berlin yesterday (13.01), where he had a ”constructive” meeting with German Finance Minister Wolfgang Schaeuble, focusing on the progress of reforms and the Greek adjustment programme, according to the German finance ministry spokeswoman. Schaeuble repeated that all the agreements must be implemented, noting that the institutions were currently conducting a detailed examination of the Greek government's proposals for reforming Greece's pension system, a key point of the review. 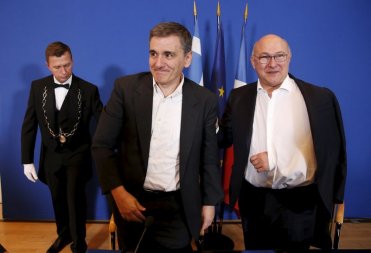 All the meetings have been evaluated as “very positive” from the Greek side. Michel Sapin said “he was won over” and that France was in favor of moving on to tackling the debt issue quickly: "I was convinced ... that the Greek government is determined to respect its commitments on all of the subjects" Sapin told a news conference. "The faster that we can speak about the question of Greece's debt the better it is for everyone" Sapin added.

In a separate communication, the US Secretary of Treasury Jack Lew spoke with Tsakalotos over the telephone on Tuesday (12.1), stressing that the IMF must continue to be involved in the Greek bailout program and that it is important for the international community to keep its promise to make the Greek debt sustainable, as wel as for the Greek government to continue implementing the reforms.

Eurogroup finance ministers will get an update on Greece at their monthly meeting today (14.1) and may set a date to start the bailout review next week, aiming to conclude in February.