The leaked telephone conversation of International Monetary Fund (IMF) officials regarding the ongoing negotiations with Greece provoked several reactions from the Greek government as well as the IMF over the weekend. 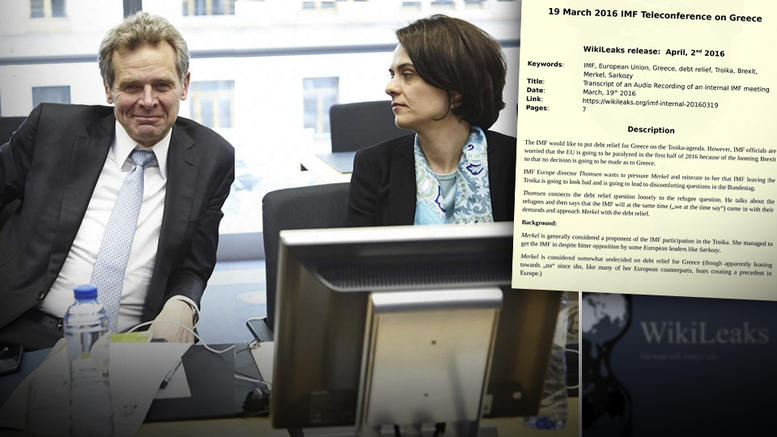 On Saturday (2/4), the Internet whistle-blowing site WikiLeaks published a transcript of a March 19 teleconference between three senior IMF officials with key roles in the Greek program (IMF European Director Poul Thomsen, IMF chief of mission in Greece Delia Velculescu and IMF official Iva Petrova). The officials appeared to discuss tactics to apply pressure to reach a deal with Greece in April, indicating, among other things, that only a new credit-type ‘event’ and a threat that the Fund might leave the program would prompt Greece, Germany and the EU to compromise towards the IMF’s positions on a stricter reforms and Greek debt relief, before Britain's June referendum on EU exit.

Immediately after the WikiLeaks revelations, the Greek government requested explanations from the IMF on whether “pursuing the creation of bankruptcy conditions in Greece, just before the British referendum, is the Fund’s official position”. Prime Minister Alexis Tsipras sent a letter to IMF Managing Director Christine Lagarde on Saturday (2/4), expressing his concern about the credibility of the negotiations after the leaks and asking clarifications on whether the positions of the IMF staff reflect the official IMF view, because the threat to delay the process in the belief that only a credit event will work to extract concessions from Greece and other member states is clearly beyond the bounds of the negotiation process. 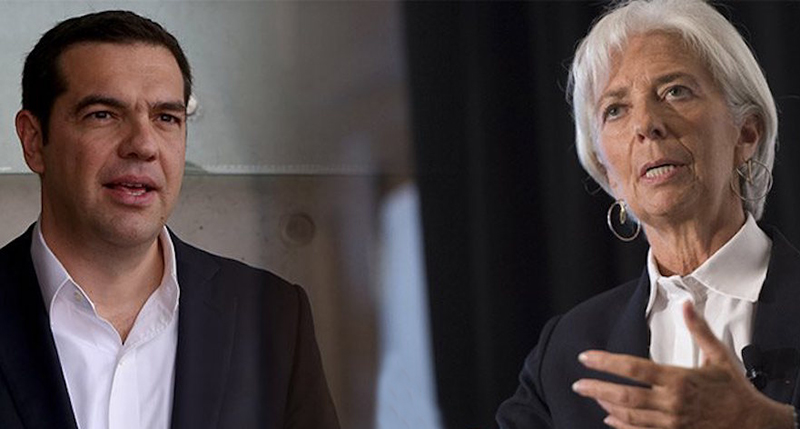 In her response letter on Sunday (3/4), Lagarde dismissed as “simply nonsense" any speculation that IMF staff would consider using a credit event as a negotiating tactic, noting that the Fund does not communicate through leaks and conducts its negotiations in good faith, not by way of threats. She also repeated her view that if fiscal surplus targets were lowered for Greece, then more debt relief would be needed and stated that Greece and the IMF were "still a good distance away” from agreeing on a credible and coherent program, based on realistic assumptions. The IFM initially had denied to comment on leaks and supposed reports of internal discussions, reaffirming its position that the path for sustainable growth in Greece is a set of credible reforms matched by debt relief from its European partners.

Following the revelations, Prime Minister Alexis Tsipras chaired a cabinet meeting over the weekend and informed over the phone  the Greek political party leaders as well as  the President of the Hellenic Republic, Prokopis Pavlopoulos, who argued that the European Stability Mechanism (ESM) should have assumed IMF's mission and responsibilities in the Greek program a long time ago. Tsipras also briefed European leaders and officials on the leaks and his office released a statement on Monday (4/4) stating that “the negotiations must be concluded immediately, without unrealistic demands for additional measures beyond those set out in the July bailout agreement”. 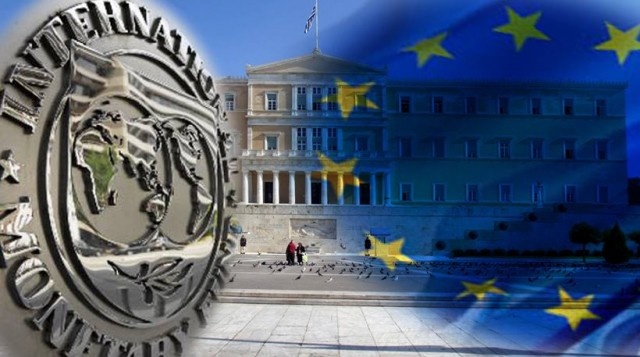 The leaked conversations between IMF officials may act as a catalyst for the talks between the Greek governmentand the representatives of the EU & IMF creditors on Greece's fiscal and reform progress.The talks that resume in Athens today will focus on how to tackle non-performing loansin the banking system, pension and income tax reforms, as well as on the conclusion of a bailout review that will pave the way for negotiations on debt relief, unlock further loans and give a boost to the economy. According to Reuters, if a deal is reached with Athens on a reform package by mid April, then the IMF Spring meetings in Washington on April 15-17 will be key to developments in the Greek program review, as thisis where Eurozone finance ministers are likely to start discussing on a debt relief plan for Greece.