Concluding an annual Economist conference in Athens on Greece’s policy priorities for 2016, Prime Minister Alexis Tsipras (23.6) expressed on Thursday (23.6) his optimism for Greece’s final exit from the crisis, as the country now enters a completely new phase of stability and recovery and moves forward dynamically to regain the lost time and correct the losses left by the deep recession of the previous six years. 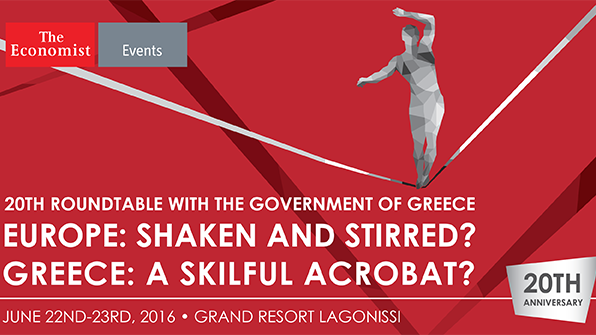 This year’s 20th Roundtable with the Government of Greece, titled “EUROPE: Shaken and Stirred? GREECE: A skillful Acrobat?” that took place in Lagonissi, Athens, on June 22nd-23rd, brought together the views of Greek government officials and distinguished personalities from around the world on the crucial challenges for Greece in the next months to stabilize its economy, maintain the momentum of structural reforms and return to the path of competitiveness and growth, after signing a revised programme with its creditors. 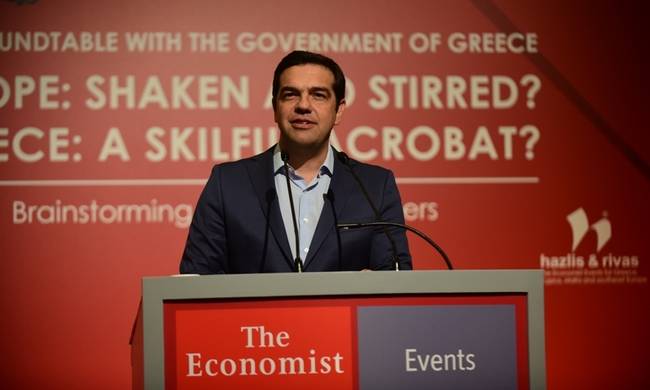 At his keynote speech at the end of the conference, PM Tsipras presented the government’s  plan for “fair growth” and sustainable job creation, aiming to spread the benefits of growth fairly by restructuring the public sector, tackling unequal and preferential tax treatment, maximizing the social return of the Greek taxpayer’s money and promoting a new production model with high added value investments that provide new, stable and well-paying jobs.  He also described the eight priority areas for Greece’s ‘productive reconstruction’, in which the country has a comparative advantage: agro-food sector, health and medicine, information and communication technologies, energy, environment and sustainable development, transport and logistics, materials and construction, as well as culture and tourism.

The Greek premier welcomed a recent agreement with Greece’s creditors to set a ceiling to the country’s debt servicing cost at 15 pct of GDP per year,  which sends a powerful signal of stability and sustainability to the markets and international investors, but called for lower primary surplus budget targets -around 1.5 - 2 pct of GDP- after the country’s current bailout program expires in 2018, because “everybody recognizes either publicly or privately […]that it is absolutely impossible to maintain a primary surplus of 3.5 pct after 2018 […] unless we want to suffocate the Greek economy”. 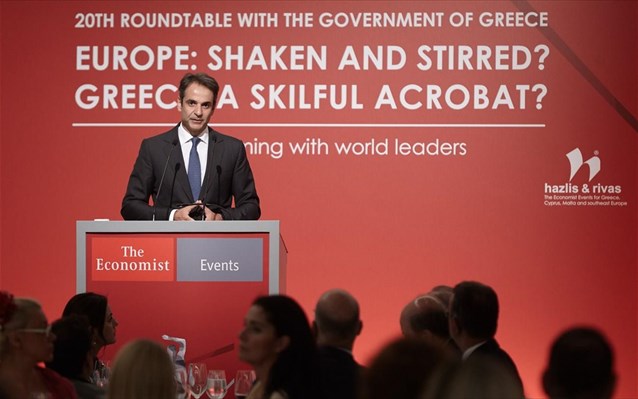 Addressing the conference the day before (22.6) main opposition’s New Democracy (ND) party leader Kyriakos Mitsotakis said that the completion of Greece’s program review by its lenders is not enough by itself to compensate for the recessionary impact of the incomprehensibly massive tax hike agreed and asked for a new deal with Greece’s creditors with cuts in public expenditures andlower taxes and primary surpluses.

The government will stick to its agreed targets for primary surpluses over the next three years, but wants a significant reduction afterwards to allow tax cuts and provide for the risk of weaker economic growth, Alternate Finance Minister Giorgos Chouliarakis told the conference on Wednesday (22.8), noting that the government preferred lower primary surpluses for the period after 2018, “around 1.5-2.0 pct of GDP in the long-term” instead of the 3.5 pct target in the medium term. He said he expected a second review of the programme to have been completed by the end of October.

The President of the Hellenic Bank Association, Louka Katseli referred (22.6) to  five basic challenges for the Greek banking system, namely: restoring confidence in the financial sector that will allow the lifting of capital controls and a gradual return of deposits; channeling funds to productive business and investment initiatives; adapting banks to the new regulatory and supervisory requirements by SSM; maintaining competitiveness and regaining profitability in a new digital banking environment; upgrading the governance and risk management frameworks. 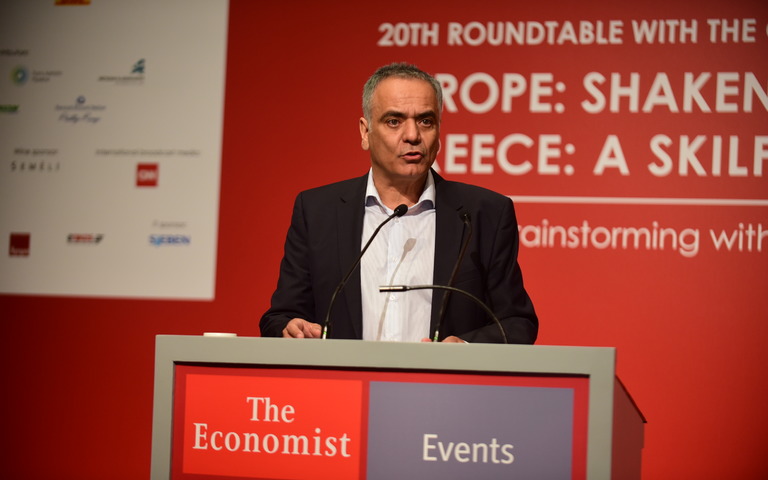 Environment and Energy Minister Panos Skourletis outlined (23.6) the prospects of development of international energy cooperation in the region, especially with Cyprus, Israel and Egypt, and referred to the energy projects in our country such as the TAP pipeline, the Greek-Bulgarian pipeline, the liquefied natural gas terminal in Alexandroupolis port, the upgrading of the Revithoussa station, as well as to investments in research and exploitation of hydrocarbons.

From the international creditors’ part, Delia Velculescu, head of the International Monetary Fund’s mission to Greece, was critical of Greece’s adjustment programme asking for additional reforms by the government and a greater debt lightening by the eurozone. “Greek debt is not sustainable and needs a generous relief” even with the full implementation of the bailout agreement, Velculescu told the conference (22.6), stressing that the Greek programme included too ambitious targets on primary surplus and not enough structural reforms, necessary to allow the Greek economy to return to stabilization.

European Commission representative Declan Costello, was optimistic over the success of the Greek programme, warning that implementation is the key and that challenges lie ahead in view of the second review next Fall.

The Managing Director of the European Stability Mechanism (ESM), Klaus Regling hailed (22.6) this week’s 7.5-billion-euro disbursement as a recognition that Greece is making progress in reforming its economy but urged the Greek government to take full ownership of the economic adjustment programme, noting that delays in completing the first review of the programme have taken a toll on the country’s economy.